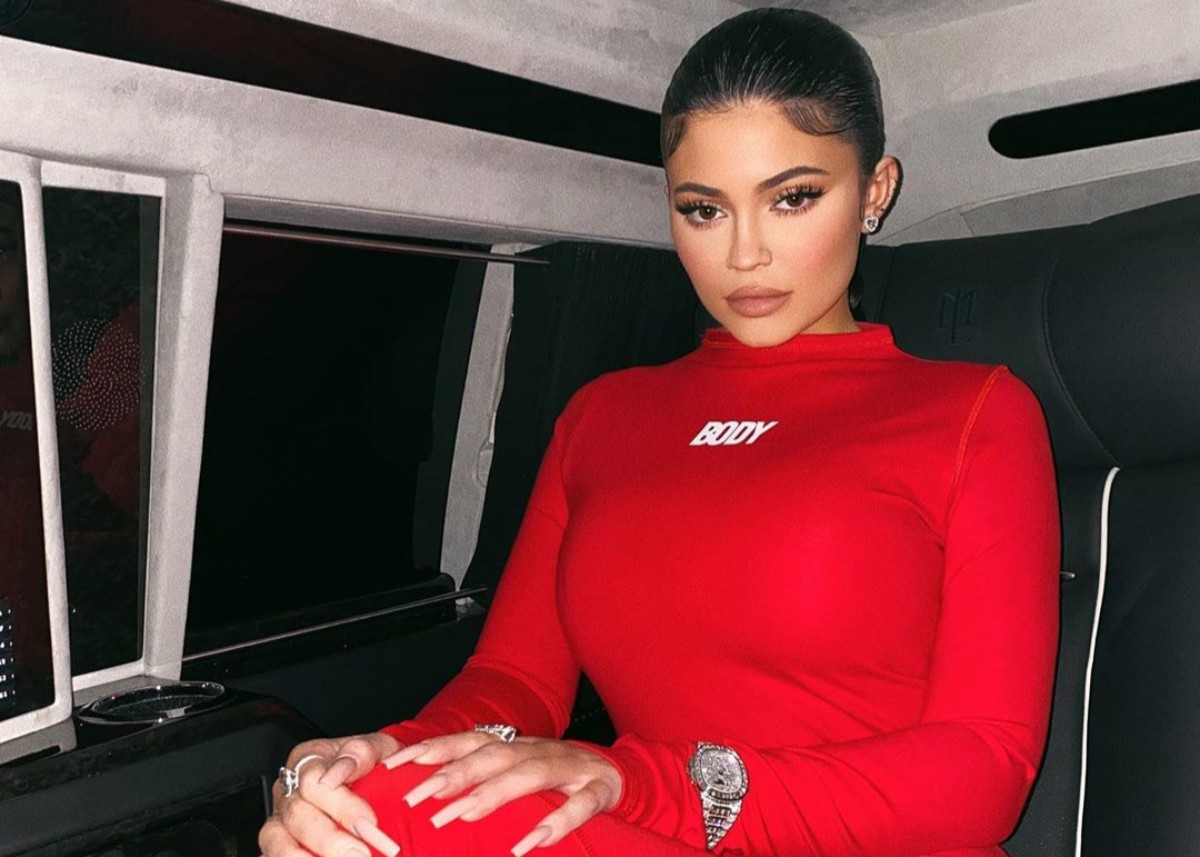 It looked like a catsuit, but Kylie Jenner was actually wearing a bodysuit and leggings from Body! by Raven Tracy. Sharing several photos on her official Instagram account, where Kylie has a whopping 162.3 million followers. In the photos, Kylie is on her way to Anastasia Karanikolaou’s (Stassie Baby’s) Valentine’s Day party and she looks stunning in head-to-toe red. The bodysuit features long sleeves and the “Body” logo on the front. The outfit is rather affordable with the leggings costing approximately $56 and the bodysuit has sold out, unsurprisingly. Since Kylie was photographed wearing the outfit, demand for the bodysuit has skyrocketed and many are waiting for it to restock.

Kylie paired the outfit with a red, sequined purse, diamond earrings, and a watch full of bling. The photos come after Kylie showed off her flawless figure and curves at two Oscar after-parties that she attended. Kylie wore Ralph & Russo to the Vanity Fair Oscar party and then the 22-year-old reality star and beauty mogul wore Vivienne Westwood to Beyonce’s and Jay-Z’s Oscar after-party.

someone said there was a vday party♥️♥️♥️

Kylie was on her way to the party as rumors continue to circulate suggesting that she and Travis Scott are back together. Additionally, there are reports surfacing that Khloe Kardashian and Tristan Thompson have also reunited but are keeping it down low.

What do you think about Kylie Jenner’s red Baby by Raven Tracy bodysuit and leggings? Do you like the look on her? Do you believe the reports? Do you think Kylie Jenner and Travis Scott are back together?