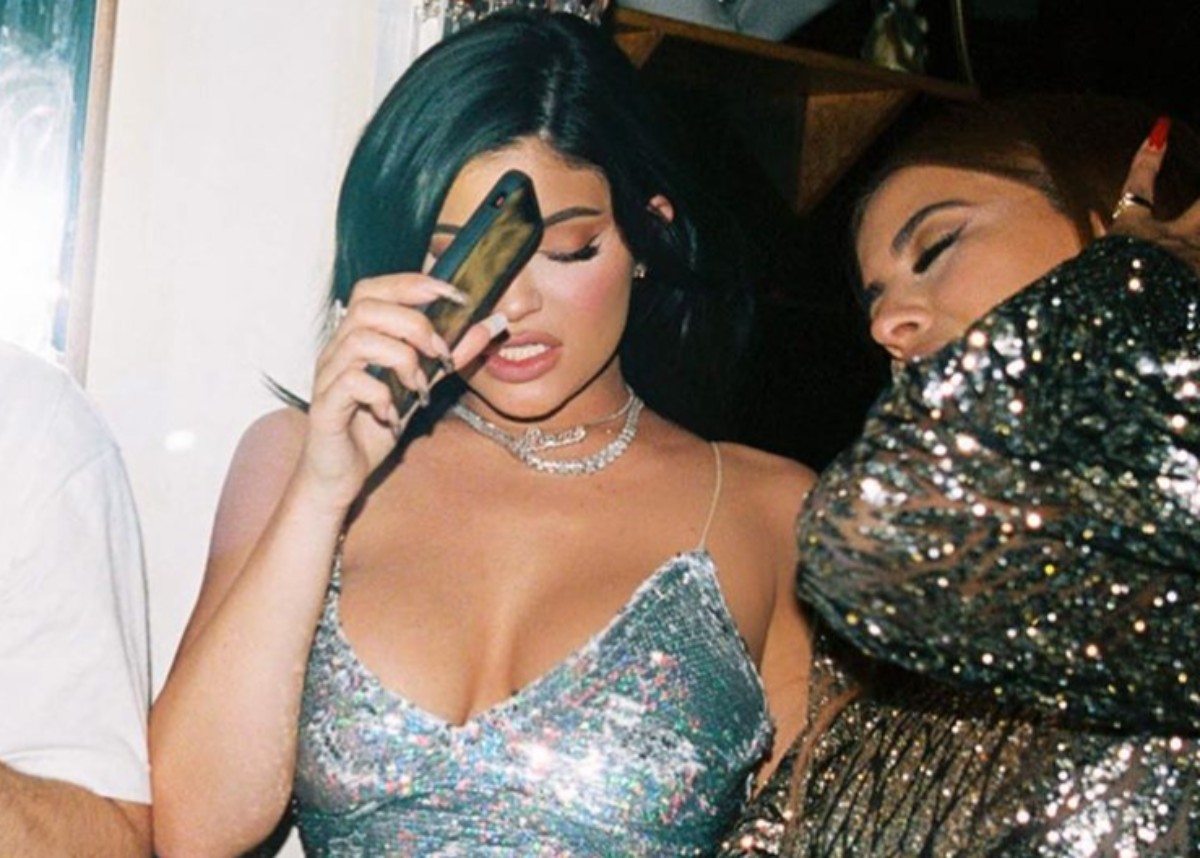 It’s an image of Kylie Jenner the public isn’t used to seeing — wild party girl drinking tequila! And though the 22-year-old billionaire has done an amazing job keeping her image fairly squeaky clean (she is a mother after all), Kylie revealed that she lets herself get wild and have fun under the right conditions. For New Year’s Eve, Kylie Jenner shared several photos on her Instagram account where she indicated via the caption that she had drunk one tequila shot too many. In the first picture, Kylie was standing with her eyes closed and her mobile phone pressed against her forehead. She was decked out in diamonds and a low cut, silver, sequined dress that showed off her ample assets. Friends on each side of her were also in the partying mood as one was holding a tequila bottle in his hand.

Kylie Jenner captioned the photo with the following phrase.

The second photo was a bit more risque and apparently, the tequila had hit Kylie hard! She was bent over laughing, and holding her hands around her dress in an attempt to protect her modesty!

You may see both photos that Kylie Jenner shared on her Instagram account, with her 156.2 million followers below.

The photos come at a time where some of her fans had hoped she would have spent the night ushering in the new year with baby daddy Travis Scott. It doesn’t appear that things are moving in a romantic direction for the two who split up in the latter part of 2019.

There had been many rumors circulating suggesting the two may have reconciled, however, the latest photos and videos don’t seem to indicate that is the case. Kylie spends most of her time running her billion-dollar empire and taking care of her soon-to-be two-year-old daughter with Scott, Stormi.

As for what 2020 holds in store for Kylie Jenner on the relationship front remains to be seen, but it does appear unlikely that she and Travis Scott are getting back together any time soon.

What do you think of Kylie’s wild, tequila-infused New Year’s Eve photos?