Many little girls love to play dress-up in fancy shoes, purses, and jewelry. Some little girls get their dress-up gear from toy sections of department stores while others, like Kylie Jenner's two-year-old daughter Stormi Webster ,  play dress-up in designer accessories. In the matter of Stormi Webster , this isn't dress-up. It isn't a fantasy game of make-believe waiting until she grows up to wear designer labels, this is her real life. And when Kylie Jenner has a custom gown designed for herself, she often has a mini version made for Stormi. So it makes sense that if Kylie is going to carry a designer bag, such as Christian Dior's red bondage purse, that Stormi Webster will carry Prada 's mini shoulder bag. That makes sense, right? If you live in the world of Keeping Up With the Kardashians then it makes sense.

Kylie Jenner showed off some of little Stormi Webster's Prada purses on her official Instagram account where the socialite and reality star has a whopping 205 million Instagram followers. In a series of photos that Kylie posted, Stormi posed while wearing fashionable brown leather pants, a white tank top, several necklaces, gold hoop earrings, bracelets on her tiny wrist, and a Prada purse slung over her shoulder. The purse retails for approximately $800.

Stormi looked adorable in the picture that was captured outside of Kylie Jenner's Holmby Hills mansion and gave the camera a sweet smile. You may see the photo of Stormi carrying her Prada purse below.

Kylie stared intently at her cell phone while the Prada logo on her purse was visible to see.

Stormi took a break from her phone for another snap. 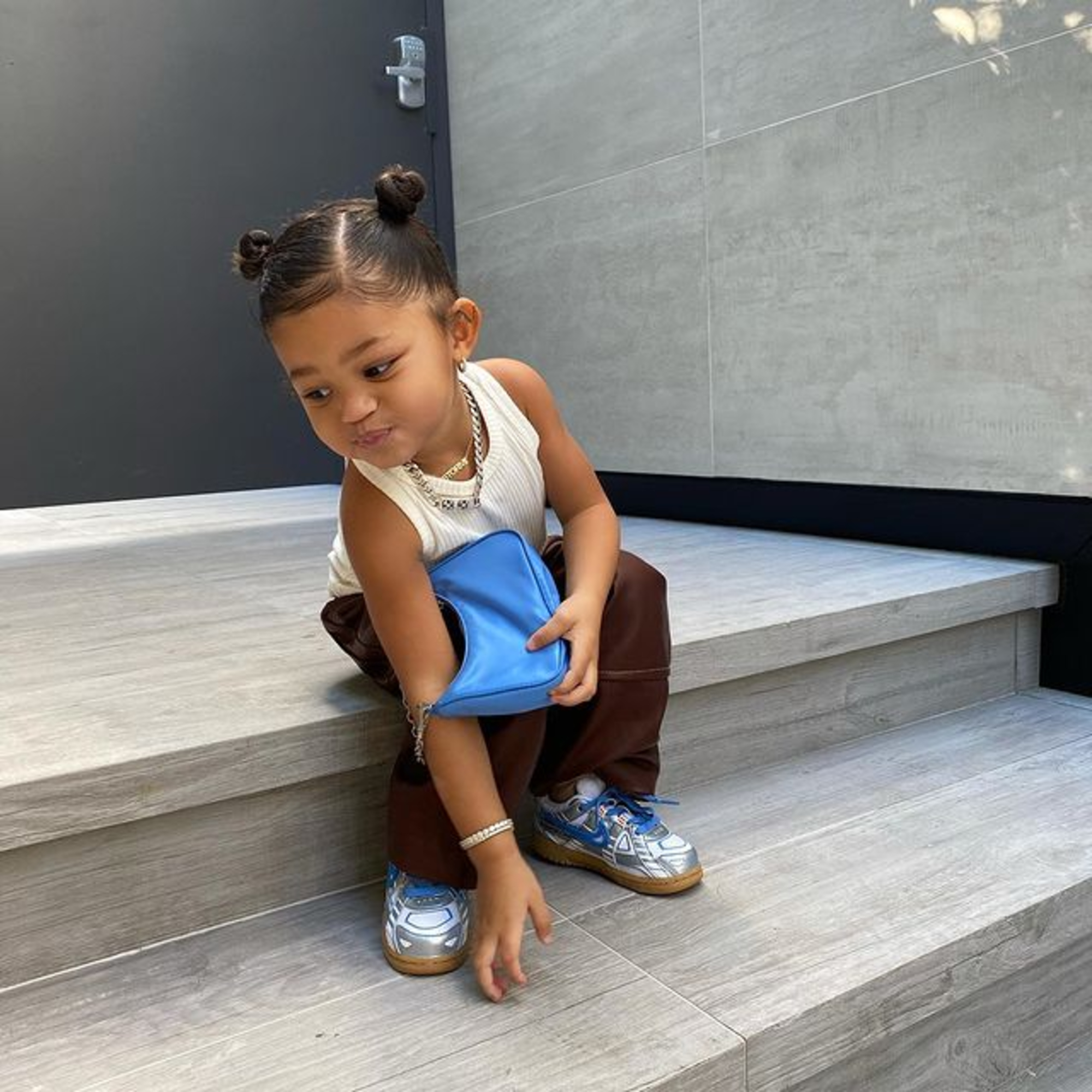 Kylie shared a photo of her Dior bag and another one of Stormi's Prada purses in her Instagram story. She captioned the photo with the words: 'mini me' and added a heart emoji.

Fans can't get over how much Stormi looks like Kylie and she often poses exactly like her mother in their social media pictures. In the photo that you may see below, Kylie and Stormi have their lips pursed in unison as they took a mother and daughter selfie while wearing matching outfits. 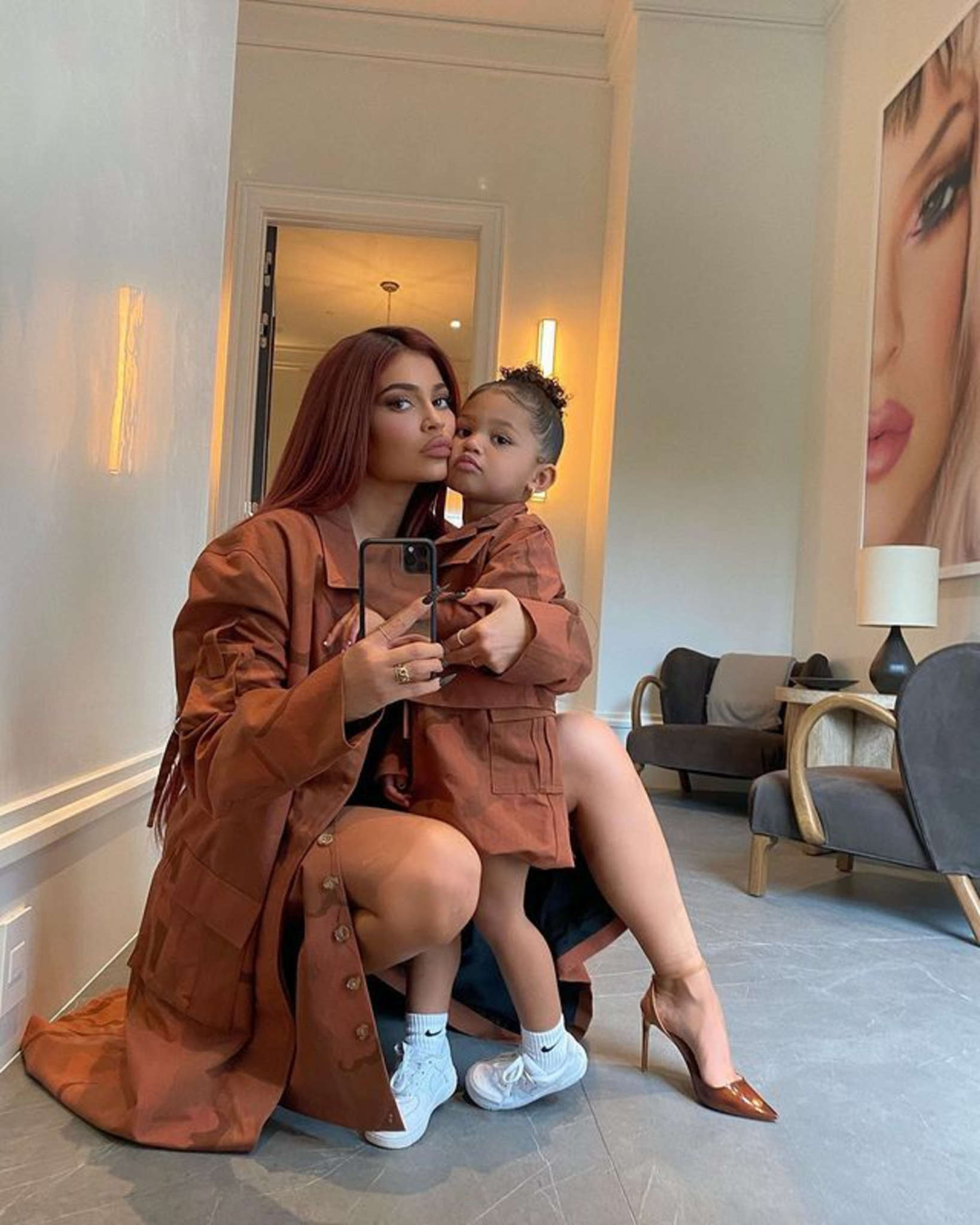 What do you think about Stormi Webster's style?