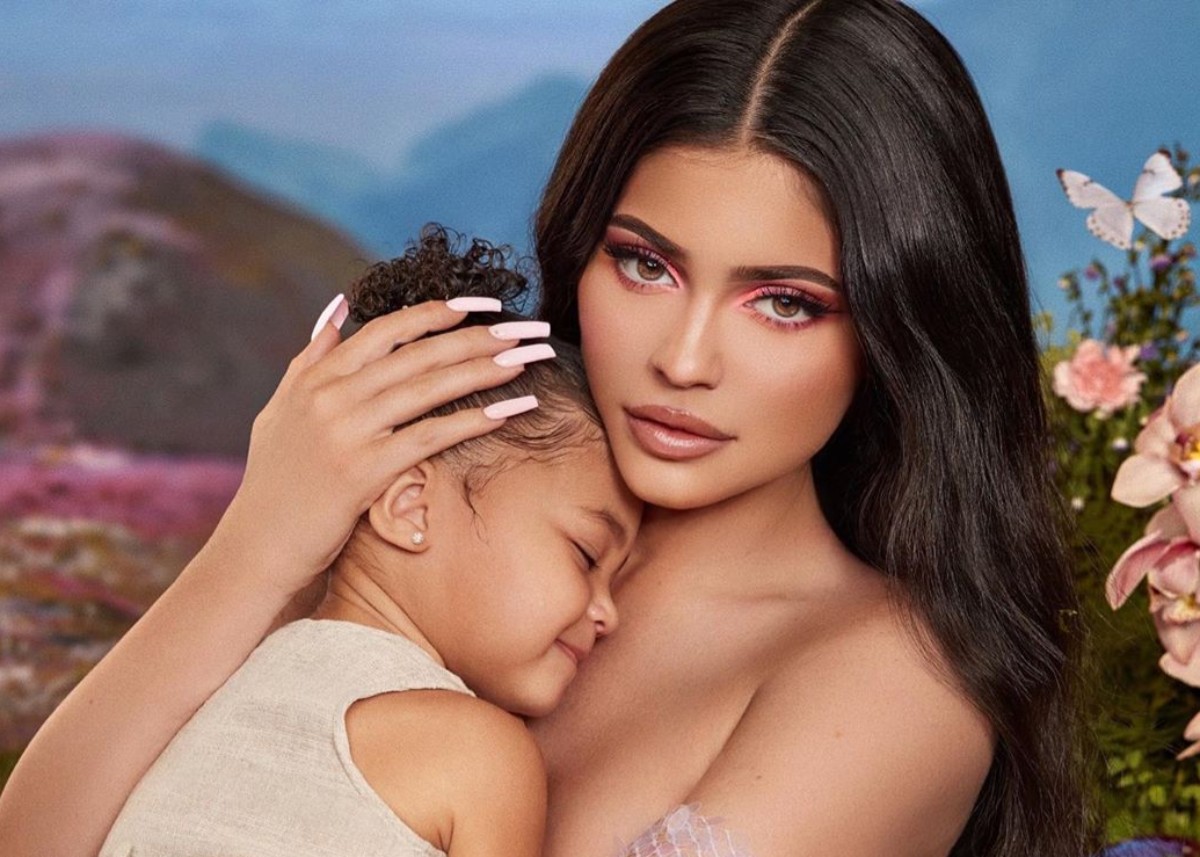 Kylie Jenner is sharing more photos of herself with her soon-to-be two-year-old daughter Kylie Jenner. Stormi Webster, whom she shares with Travis Scott, celebrates her second birthday on February 1, 2020, and in honor of the birthday, Kylie is launching the Stormi Collection. earlier, Kim Kardashian shared in her Instagram story the invitation she received for the makeup’s launch. Kylie is thrilled about the launch and this isn’t the first time she memorialized Stormi with her makeup company. Now, fans are looking forward to seeing what the Stormi Collection will entail and Kylie is giving them a preview on her Instagram account.

The video that Kim Kardashian shared earlier featured butterflies and roses but Kylie is starting to show photos and videos of the collection on both the official Kylie Cosmetics page and in her Instagram story. Kylie Jenner has 158.4 million Instagram followers and many are sounding off not only about the upcoming Stormi Collection, but the birthday party that Kylie is going to throw for her baby girl.

You may see a new campaign photo that Kylie Jenner shared on her Instagram page. She included the following caption.

The Stormi Collection 🦋💜 launching on February 1st ✨ who’s watching Kylie’s stories? What do u think! We are droooooling 🤤

The photo features Kylie holding Stormi with a background filled with butterflies and flowers.

Here are some of the colors that are featured in the Stormi Collection.

What do you think of Kylie Jenner’s new Stormi Collection and makeup launch? Are you looking forward to seeing what the makeup line consists of?

The cutest part of the picture is that if you look carefully at Stormi’s face, you’ll see that she has her eyes closed but has a sweet smile on her face. Almost like she’s trying to pretend she’s asleep but can’t stop smiling. Kylie shared a video earlier of herself with Stormi as she and her daughter played with confetti that fell from the sky.

I think I’ve been waiting for this moment since the day i found out i was pregnant😫🦋.. An entire collection by @kyliecosmetics dedicated to my beautiful daughter 🤍 i can’t wait for the reveal!!!! You will fall in love. The Stormi Collection launches 2.1.20 ⚡️

Are you a fan of Kylie Jenner’s and Kylie Cosmetics? What do you think about Kylie honoring her daughter’s birthday with a makeup collection?

What do you think of the new photos and campaign video?

Ammika Harris Shares New Adorable Pic Of Baby Aeko And Fans Can't Get Over How Much He Looks Like Chris Brown!