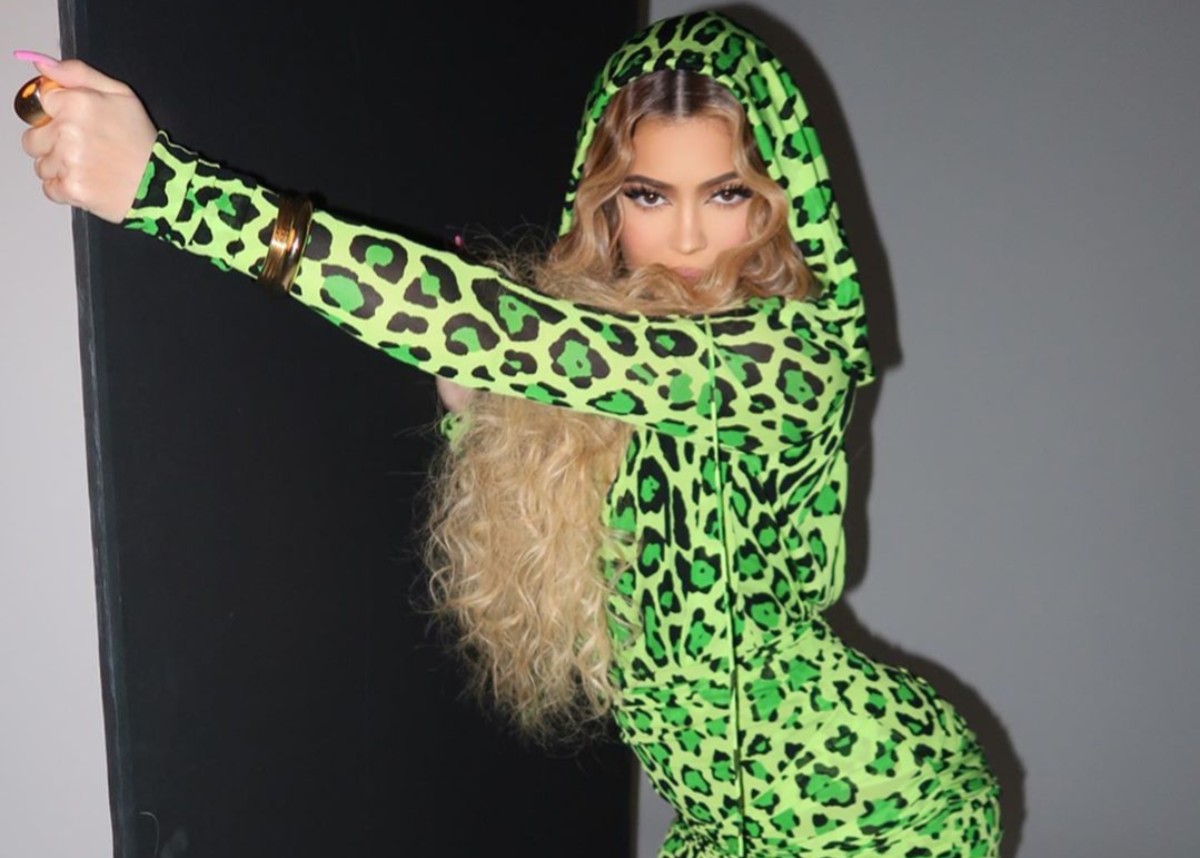 Kylie Jenner is giving Travis Scott ‘Baby Mama Drama’ while wearing Tom Ford, but is she really talking about Drake? While Kylie is making fashion headlines for wearing Tom Ford’s Jaguar Bustier Hooded Gown ( that retails for about $6,990) she’s also making waves for a caption she put on an Instagram photo. On Thursday, Kylie Jenner shared several photos of herself donning a long, wavy blonde wig and the Tom Ford gown with her 164 million Instagram followers. She sparked claims that she and Travis Scott were back together after sharing several throwback photos in her Instagram story and wearing his new line of sneakers in multiple pictures, but then escaped to the Bahamas with Stormi, Stassie Baby and friends seemingly leaving Travis Scott behind.

Now, she’s been spotted sneaking out backroom doors while partying with Drake, according to a report by Nick Markus. Is this why Kylie chose to caption one of her photos with the following?

Kylie is only baby mama to Travis Scott and the use of the word “honey” followed by a green heart (jealousy?) has social media up in arms!

Now, people can’t stop wondering if Kylie Jenner reunited with Travis Scott, only to take Stormi Webster to the Bahamas, vacation on a yacht, come back to Calabassas to hang out with Stassie Baby and model a bunch of revealing, sexy outfits then go out and party with Drake all to make Travis Scott green with envy!!!

You may see the photo and caption as Kylie Jenner shared it below.

Fans are loving Khloe’s look and many are saying she looks like her older sister Khloe Kardashian with the ombre hair. Kylie showed off her real hair several weeks ago, after accusing celebrity hairstylist Jesus Guerrero of chopping off her raven locks. It’s still unclear whether Kylie was really mad or just playing around, but since she’s worn ultra-long wigs and hairpieces since then, the anger may be legit.

Kylie Jenner Is Rocking A Ridiculously Long Braid — Her Hair Is Dragging On The Ground https://t.co/vr0nirSswj

Kylie Jenner paired the look with Sphaera Sandals from Sel Doval that retail for approximately $200.

What do you think about Kylie Jenner’s message? Do you think she’s been trying to make Travis Scott jealous?