Kylie Jenner Gushes Over Stormi’s Perfect Lips: ‘She Didn’t Get Those From Me’ – Watch The Video

Kylie Jenner has been open about using fillers to get bigger lips and we already know that she was always really insecure about her lips since she was little. While she was pregnant with Stormi she hoped that her baby would inherit her daddy’s lips so that her baby girl wouldn’t have to go through the same insecurities as she did.

Kylie had a Q&A with her BFF Jordyn Woods and here’s what she answered when she was asked about Stormi’s features:

‘The one thing I was insecure about she has. She has the most perfect lips in the whole entire world. She didn’t get those from me, she can thank her dad for those.’

She continued saying that ‘Stormi’s my twin. Though now she’s looking a lot more like her dad.’

‘I prayed and prayed that she would have my big eyes, and she has like the biggest eyes ever. She has my forehead as I have a ‘three-head,’ Kylie fact I really do’ she continued, putting up three fingers that covered her entire forehead.e.

‘My ears kind of like come out a little bit, she has my ears,’ Kylie added.

Kylie also revealed that even if her body snapped back really quick after giving birth to Stormi, it’s not as perfect as fans would believe:

‘My boobs are definitely three times the size which bothers me. I have stretch marks on my boobs. I feel like my stomach isn’t the same, my waist isn’t the same. My butt’s bigger, my thighs are bigger. I’m finding I have to change my style cause nothing in my closet fits me from before.’

On the other hand, her fans think she looks amazing and so do we. 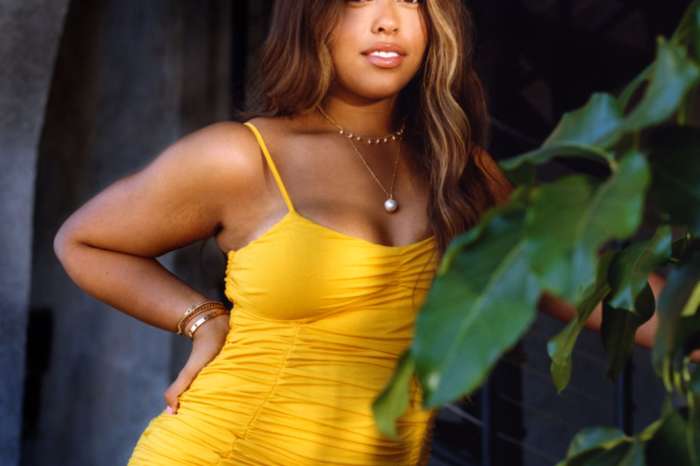 Tiny Harris Has A Message For T.I. Amidst The Cheating Allegations: 'Prove Everything You Say To Me'