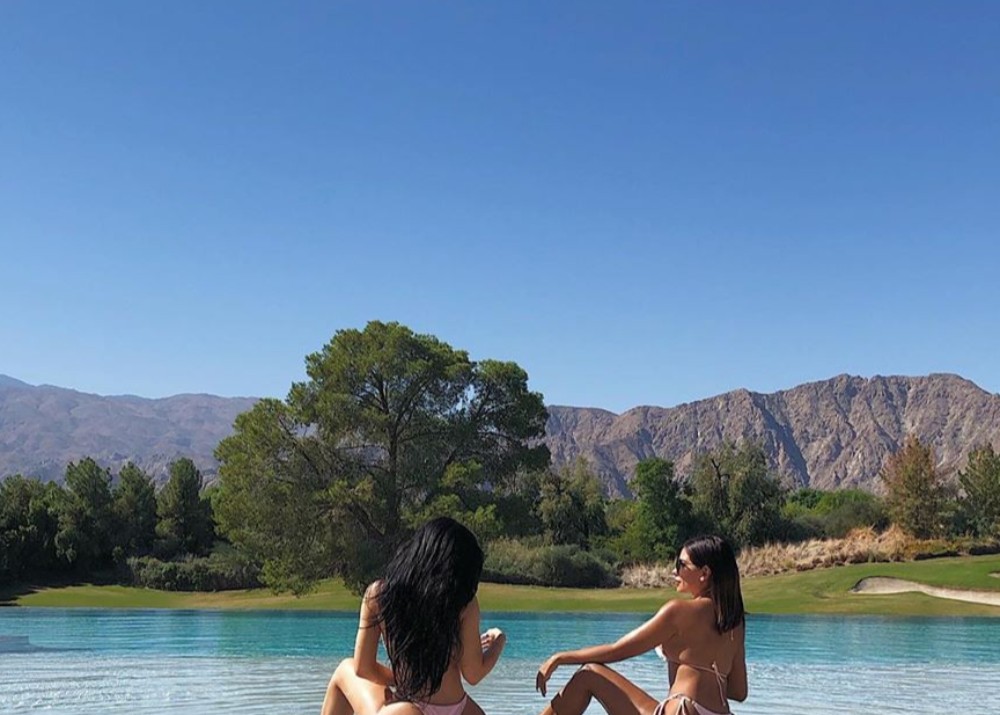 Kylie Jenner is breaking the Internet on Monday morning after sharing new bikini selfies from her pool get-away for big sister Kim Kardashian’s birthday. Kim turns 39 on Monday and she’s spent the past weekend being celebrated and Kylie was right there for all the festivities. After sharing a sweet video where Kylie did Kim’s makeup, the two joined friends and family for a special birthday dinner in honor of Kim and then on Sunday, wen to Palm Springs where the partying continued.

Kylie shared videos on her Instagram story where she helped set things up, but it was her G-string bikini that drew all the attention and praise. At 22-years-old, Kylie continues to break the Internet with her unstoppable curves and she had them on full display.

The photos were sexy and racy as Kylie straddled a lounge chair and leaned over, letting her long, dark locks fall freely. You may see some of the videos that Kylie shared in her Instagram story in the video player below.

Kylie Jenner has 149 million Instagram followers and many of her photos go viral immediately. The photo of Kylie posing on the lounge chair while wearing a cotton-candy-pink bikini quickly spread across social media platforms and now has more than 8 million likes.

She shared a second photo with Yris Palmer where the two women sat side by side at the pool. Though Kim Kardashian was there, she didn’t pose for any of Sunday’s poolside photos. On both photos Kylie captioned them with “Getaway” and “Girls Trip.”

You may see the viral photo of Kylie Jenner posing in her bikini below.

The women were actually spending time at Kris Jenner’s mansion and in another photo, you could see Kylie and Yris sitting by the pool. That photo doesn’t have as many views as Kylie’s solo bikini shot, mustering only 7.6 million likes.

You may see the photo of Kylie and Yris below.

So far, Kim Kardashian hasn’t shared any birthday photos on her Instagram page but Kylie is adding them to hers. However, the day has just begun and fans are anxious to see what else Kim Kardashian has in store.

What do you think of Kylie’s bikini photos? 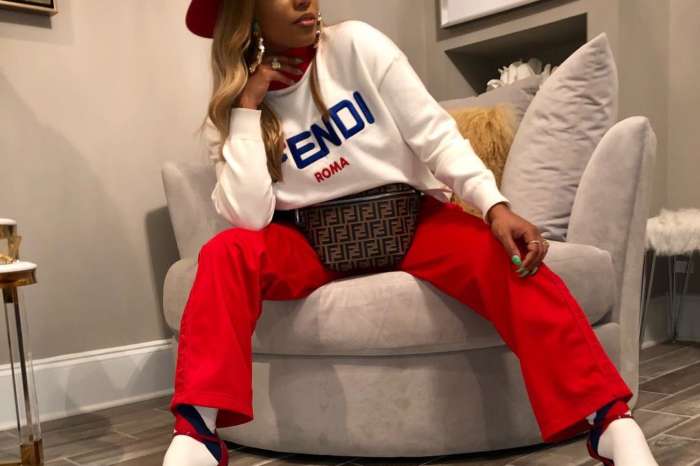 Rasheeda Frost Never Disappoints Her Fans Fashion-Wise, Not Even On A Regular Day