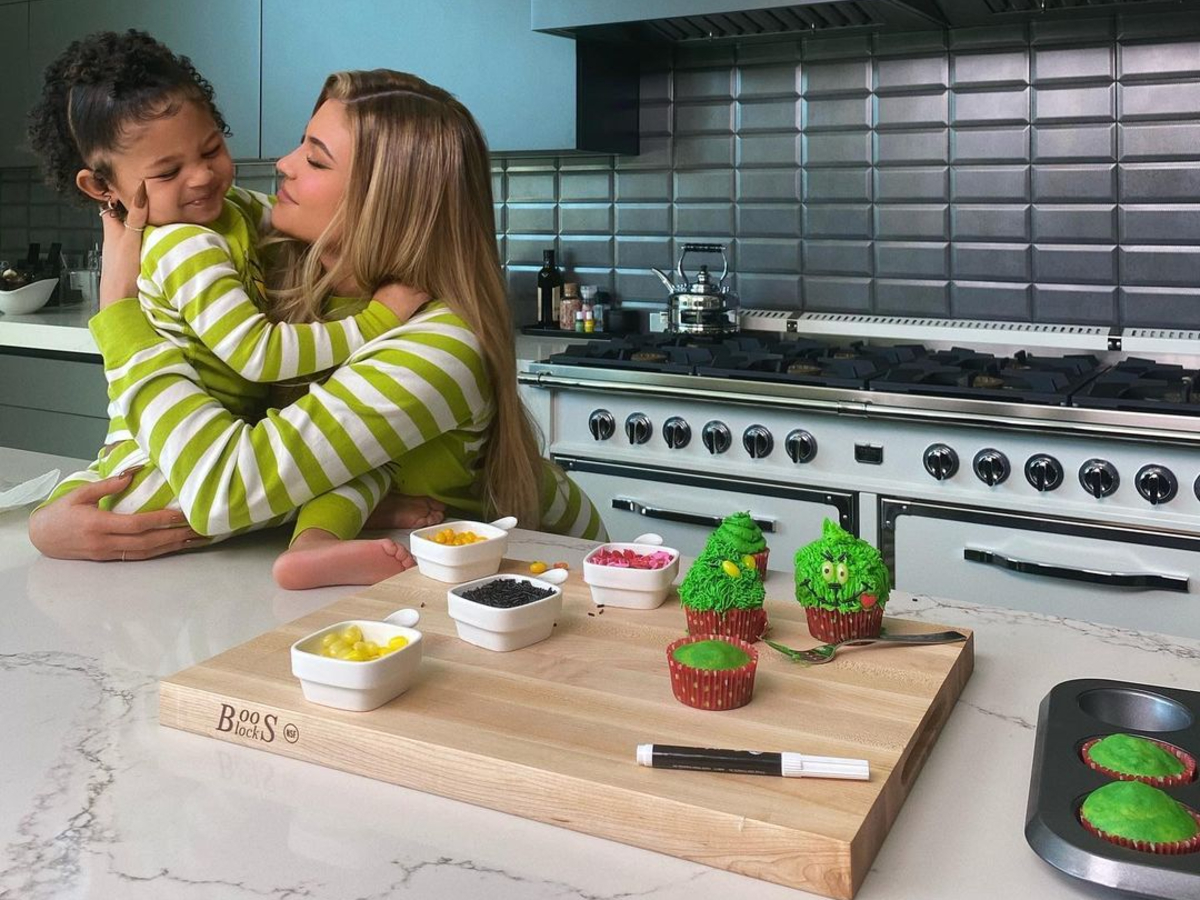 Kylie Jenner shared photos and a video of herself baking cupcakes with her two-year-old daughter Stormi Webster, where they both wore Grinch character pajamas. The outfits and the video were part of the promotion for Kylie Jenner‘s newest holiday makeup collection Kylie x Grinch. Since Kylie’s shared the photos and videos, demand for the Grinch pajamas has increased. Both Kylie and Stormi wore Hanna Andersson Dr. Seuss Grinch Family Pajamas and they are selling out quickly on multiple sites online.

The Hanna Andersson Dr. Seuss Grinch Family Pajamas retail for approximately $50 and they feature the beloved Christmas character the Grinch. First featured in Dr. Seuss’ classic book “How The Grinch Stole Christmas” actor Jim Carrey brought the character to life when he starred in the 2000 Ron Howard movie of the same name. The pajamas are available in two colors — pink and green with the pink featuring Cindy Lou Who and the green featuring the Grinch.

RELATED: Kim Kardashian’s Surrogate Is Pregnant And Due In January Of 2018

You may see several photos of the Grinch pajamas including the picture that Kylie Jenner shared of herself with Stormi Webster below.

You may see additional photos of Stormi Webster and Kylie Jenner wearing the outfit below.

You may see the video that Kylie Jenner shared where she and Stormi Webster baked and decorated Grinch cupcakes below.

Stormi Webster continues to steal the show in her mother’s videos and their cupcake video was no exception. Whether Kylie Jenner and Stormi’s dad, Travis Scott are truly back together remains uncertain. Both have been co-parenting Stormi since they announced their split and are frequently photographed together.

Stormi is very vocal and seems to have inherited her father’s musical abilities as Kris Jenner filmed her playing the drums as her cousins performed in a preschool garage band.

What do you think about Kylie Jenner’s and Stormi Webster’s Grinch pajamas? Are you going to get some for this holiday season?

Tamar Braxton's New Podcast Episode Is Out - Hear It Here!