Kylie Jenner adores her baby girl, Stormi who turns two-years-old on February 1, 2020. Last year, Kylie and Stormi's dad, Travis Scott celebrated her birthday with an epic party that was modeled after Travis' Astro World album. The birthday party was called Stormi World and photos and videos from the event went viral across social media as Kylie's and Travis' fans shared them. Now that Travis and Kylie have split up, fans have wondered how they will celebrate Stormi's second birthday. There doesn't seem to be any indication the two will have separate birthday parties and as we've seen with the other Kardashians throughout holidays and birthdays, this is one family who knows who to get along with their exes for the sake of the kids , except for Rob Kardashian and Blac Chyna!

While the details about Stormi's second birthday are still under wraps, we do know that Kylie is releasing a Kylie Cosmetics makeup collection in honor of Stormi's birthday. It will be called the Stormi Collection and Kylie shared a video of herself and sweet Stormi for the campaign.

In the video, Stormi is resting against her mother as the two lift their hands as an abundance of flower petals gently float down from above. Stormi is seen smiling and playing with the petals as Kylie snuggles against her daughter.

You may see the video along with the shared caption below.

I think I’ve been waiting for this moment since the day i found out i was pregnant😫🦋.. An entire collection by @kyliecosmetics dedicated to my beautiful daughter 🤍 i can’t wait for the reveal!!!! You will fall in love. The Stormi Collection launches 2.1.20 ⚡️

Kylie's sister, Kim Kardashian is also promoting the Stormi Collection and she shared a video clip from her butterfly and rose-themed launch invite. You may see a photo from Kim Kardashian's invitation video clip that she share on Instagram below. 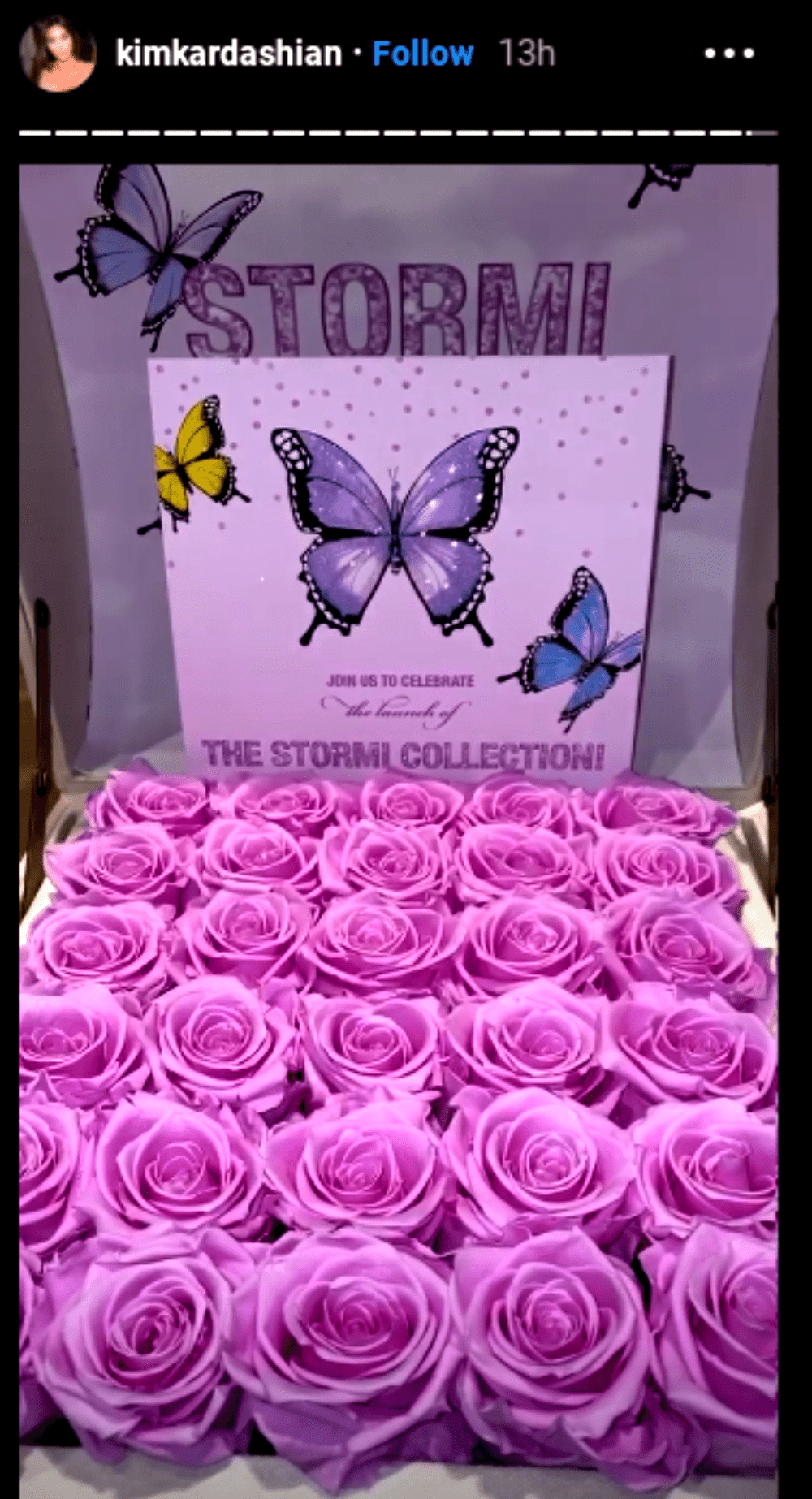 What do you think Kylie Jenner and Travis Scott will do for Stormi Webster's second birthday? Do you think they will continue to co-parent together and celebrate with one party or separately?

Are you looking forward to the launch of Kylie Jenner's Stormi Collection in honor of her daughter's second birthday? The launch will take place on Feb. 1, 2020.