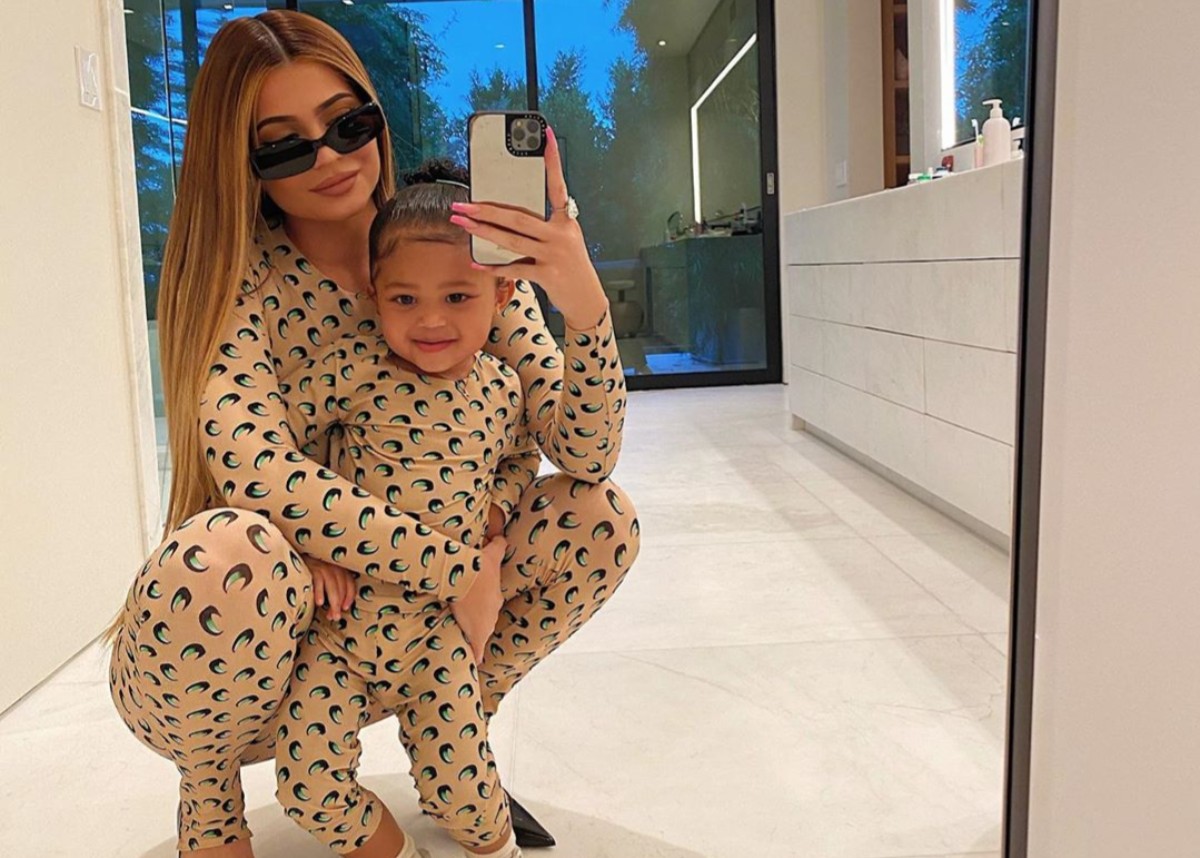 Kylie Jenner may be under fire as many are accusing her of trying to morph into Beyonce, as reported by Mel Walker, but that hasn’t slowed her down any. Over the weekend, Kylie Jenner launched her sunscreen and shared multiple bikini photos and even video of herself spraying her sunscreen over her body while wearing a brown, Gucci bikini. Kylie took a break from the bikini shots to pose in an adorable snap with two-year-old daughter Stormi Webster. Mother and daughter wore Marine Serre Futurewear and Stormi looked adorable posing on her mother’s lap. Kylie’s fans have noticed that the tot often purses her lips together as if she’s selfie-ready.

You may see the photos that Kylie Jenner shared with her 164.9 million Instagram followers where she was twinning with Stormi Webster in the photo player below.

Many people readily agree that Kylie Jenner looks just like her mother. The new photos highlighted their similarities and the 22-year-old makeup-mogul often refers to Stormi as her best friend. When Kylie went on a vacation to the Bahamas, she took Stormi with her and the two wore matching outfits then as well.

Beyonce was recently spotted wearing the same designer — a fact that hasn’t gone unnoticed by those who believe Kylie is trying to turn into the 17-time Grammy winner. Kylie has been wearing a golden-blonde wig and though she has been getting a lot of praise for the color choice, she has been receiving tremendous negative feedback and has been accused of cultural appropriation and blackfishing (or trying to pretend she is black instead of white).

Kylie wore a pair of Alexander Wang NY x Gentle Monster CEO sunglasses that cost about $300 and a pair of pointed pumps from Prada that go for about $620. Kylie often gets Stormi matching outfits and for Halloween, she dressed Stormi in a replica of her Met Gala dress.

What do you think about Kylie Jenner’s and Stormi Webster’s matching outfits?