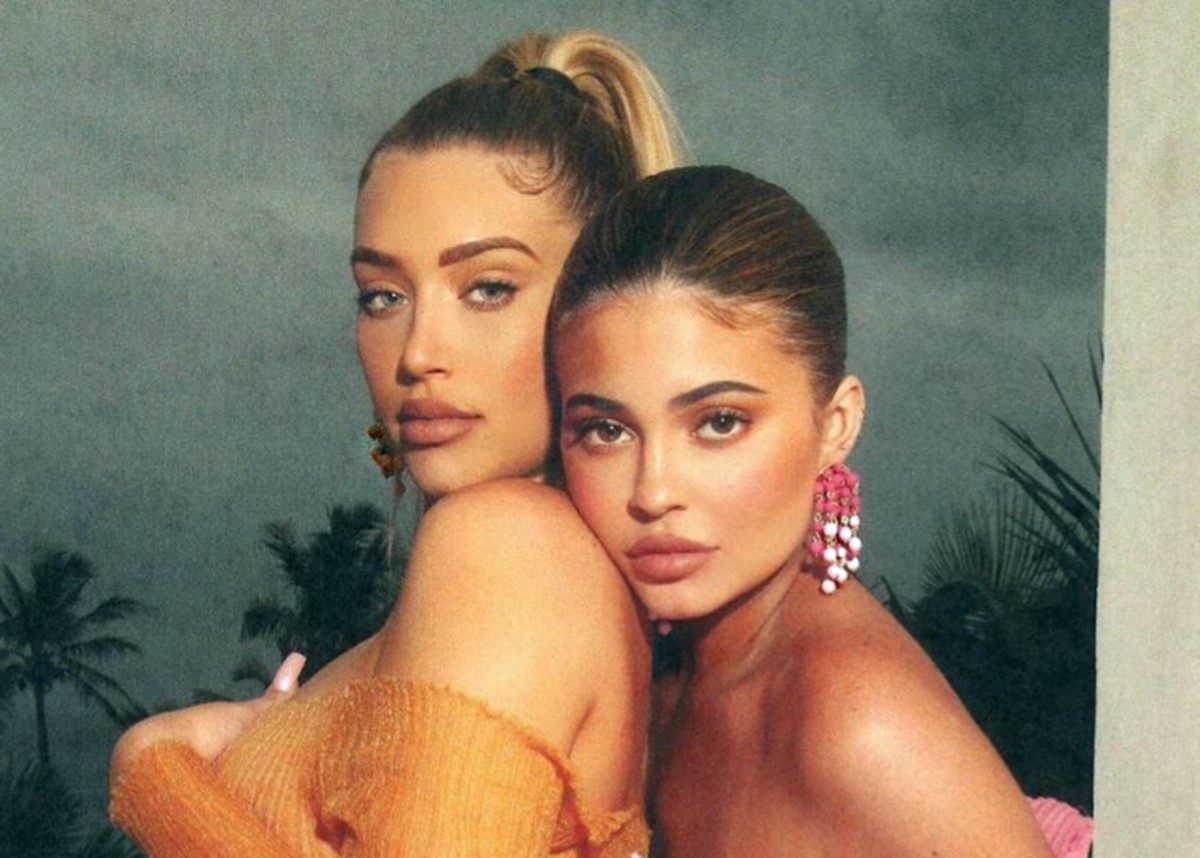 Kylie Jenner and Anastasia Karanikolaou “Stassie Baby” have been sharing a number of racy photos of the two bombshells since vacationing in the Bahamas and returning home to California. After posing in sheer dresses, and melting the Internet, as reported by Mel Walker, the two wore Emilio Pucci bathing suits in several gorgeous snaps. Kylie and Stassie are proving that they are huge Instagram influencers as demand for the bathing suits they wore, in addition to the sheer dresses, are now in high demand.

Kylie posed on the beach in the Samoa printed bikini by Pucci and covered up in a flowing skirt. Stassi wore a vivid blue and white bikini print. Kylie often wears a gold belly chain and it was clearly visible over her lower waist. Always trying new hair colors, Kylie has opted for a warmer, honey-blonde instead of her trademark raven locks and pulled her hair back away from her face in a ponytail. Her makeup was subdued with natural tones and she wore large, gold hoop earrings.

Likewise, Stassie Baby wore her hair pulled up into a high ponytail and also wore large, gold-hoop earrings with her makeup kept on the natural side.

You may see the photos that Kylie Jenner shared with her 164.6 million Instagram followers in the slideshow below.

While much of the nation is dealing with cold weather, Kylie has been sharing plenty of sultry, swimsuit photos including posing in a brown Gucci bikini with gold embellishments. She changed her Instagram profile photo to the snap and some questioned if she had her breasts redone due to her ample bust. Social media immediately sounded off with many weighing in on Kylie’s toned physique. The recent slew of bikini shots follow reports that Kylie Jenner and Travis Scott are officially back together.

Some have suggested that she is sharing so many bikini photos specifically for Travis!

What do you think about Kylie Jenner’s recent Instagram photos and videos? Do you like the Pucci bikini on her? Which one of her recent looks is your favorite?