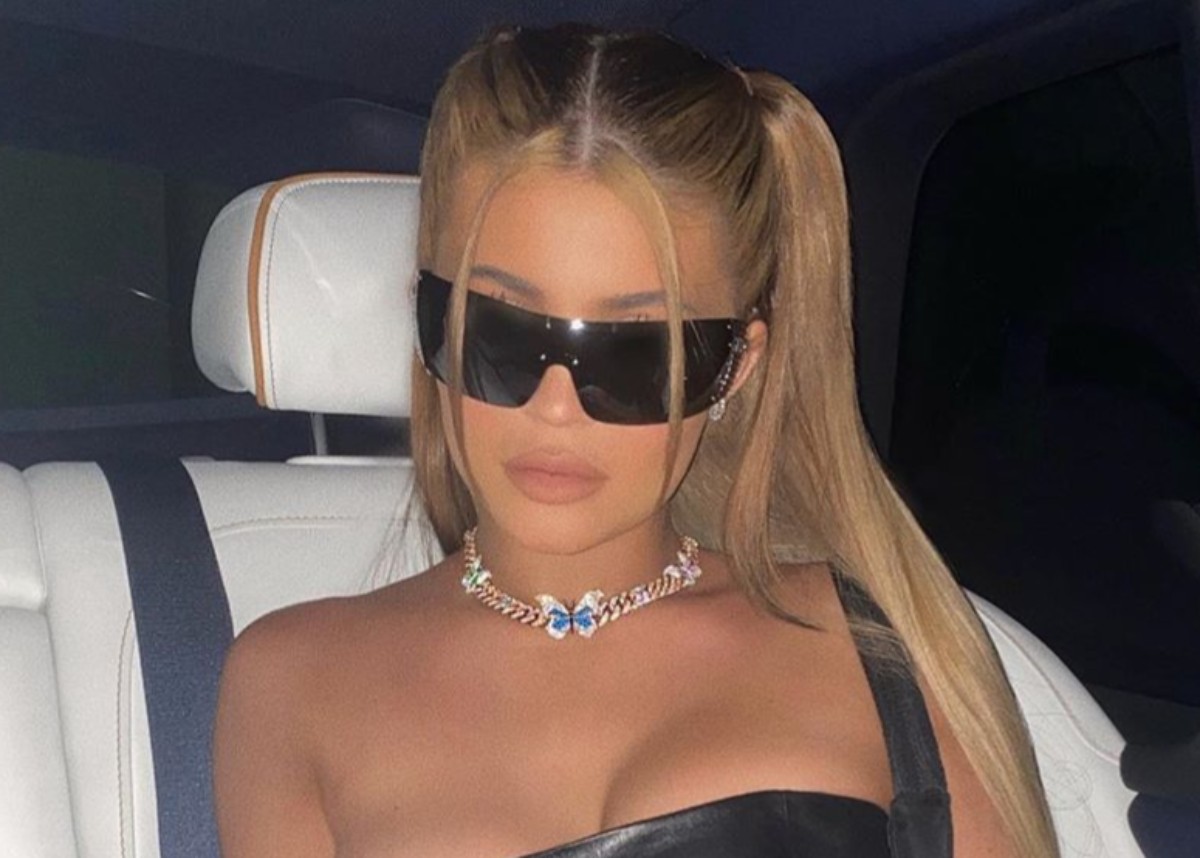 First, Kylie Jenner shared a series of bathing suit photos on Instagram. It didn’t take long before her followers spotted a huge photoshop fail. Kylie Jenner has 177 million followers who scour every photo fo some sort of imperfection or proof that Kylie is faking her pictures — and they find plenty. Kylie has made her image into a billion-dollar empire and followers are quick to point out when Kylie’s image isn’t lining up with perceived reality.

When Kylie was spotted without her wig, dark makeup to look stand, and eating a bag of chips during the Coronavirus lockdown the pictures immediately went viral.

Kylie Jenner posted the four photos below to her Instagram account. Once fans saw the photoshop fail and pointed it out, she took the photos down and replaced them.

See if you can find the photoshop fail below.

Kylie you are the worst using photoshop pic.twitter.com/eoGOsG0BqA

Did you see it? Here is another set of the photoshopped pictures that went viral on Twitter.  Some people have remarked that it is sad for someone to spend so much money on plastic surgery and their appearance only to be so dissatisfied with their appearance they continue to photoshop their pictures.

Loved the photoshop fails HAHAHAHAHAHA I’m sorry I did u like that but it had to b done ly tho? pic.twitter.com/e1j9uFcyYt

If you still missed it, you can see where the photoshopped area is circled. When Kylie Jenner posted the pictures, there was a huge dip in the pool where it had been edited.

For those who don’t see it lol smh 🙄 pic.twitter.com/7QjVTPrXOu

The Instagram account Celeb Glow Up follows celebrities before and after enhancement. Here are photos believed to be of Kylie Jenner from 2014 compared to 2020.

Finally, Kylie was recently accused of photoshopping her latest pictures due to the appearance of her pinky finger in the photos below.

What do you think about the Kardashian/Jenner continually being slammed for photoshopping their pictures? Do you think they spend too much time trying to make heir photos perfect?

They circled that supposed photoshop of Kylie on here and I still dont see it!!!! People have got to be staring at her photos for hours to see that because I do not admire her so I am not doing all that. I do not see it and really dont care if they feel the need to alter their photos to a perfection unreachable by man, give it up there are more important things in the world than how you look!!!!