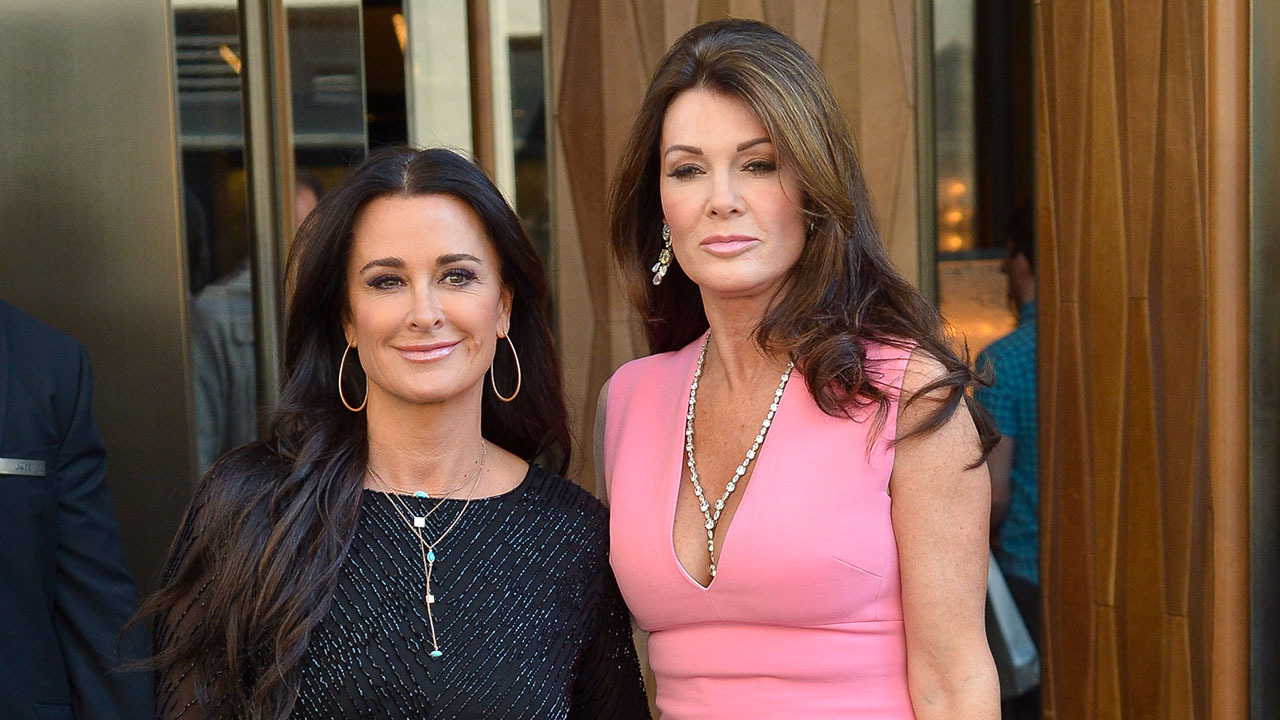 While in attendance at an event, it seemed like several Real Housewives of Beverly Hills cast members were trying to throw some shade at former co-star, Lisa Vanderpump. More precisely, Dorit Kemsley, newcomer, Sutton Stracke, as well as Kim Richards all wore crowns as they posed for pics which might mean that they were making reference to Lisa’s season 7 tagline!

Now, fans are convinced Kylie Richards was indeed dissing her ex best friend with her post.

All three ladies can be seen rocking crowns with floral motifs as they pose for the camera and in the caption, Kyle wrote: ‘If the crown fits, wear it 👑.’

At the time, the RHOBH co-stars were are a Dolce and Gabbana store in Rome, Italy and were definitely feeling themselves!

As for the reason why social media thinks the crowns and the picture’s caption were all meant to shade the former member of the cast, it’s that in season 7, Lisa Vandeprump’s tagline was: ‘The crown is heavy, darlings. So just leave it where it belongs.’

And that is not all! This pic comes after Erika Girardi pretty much declared Kyle the new ‘queen’ of the series since she is an OG.

Erika told boss Andy Cohen that ‘Not only is she the original, but she’s the leader of the group. ..Because she is the one we are all connected to, she binds us together.’

Dorit, who also has beef with Lisa over the whole PuppyGate scandal, took to her platform to share a clip of the three ladies posing with the crowns as well, writing alongside it: ‘Outta my way ladies 😂👑@kylerichards18 @suttonstracke @dolcegabbana.’

Fittingly enough, in the video, she pushes them away.

To make it even more obvious that they were shading Lisa, Dorit’s husband, PK commented: ‘Clearly wasn’t that heavy …🤣.’

In case you were thinking the crown-wearing and the captions were just a coincidence, the man’s comment shattered all doubts about their intentions.

Damn they are looking old warn, needs to get their life together, bc Lisa V, isn’t missing out of them seabags🤡

I won’t watch it without Lisa V….and I can see her on Vanderpump Rules…need to replace all those women with some decent ones. get rid of Kyle..Dorit and Erica and Lisa R especially….all disgusting and not fun to watch at all…

I myself will never watch the show again… without LVP there’s no HWOBH…she made the show… they were so horrible to her…pretty darn low to bully, insult, try to humiliate someone who has just lost a brother an only sibling, cruel and unjust, vile part is BRAVO allowed this behavior to continue over and over and over again… that says all I need about how ratings at someone’s expense is more important than to stop those who clearly had an agenda to get rid of LVP… she will never be replaced, they may try, and the cast that’s left may think they’ve won, but in my book these people were never true friends … they have no loyalty to anyone but themselves… it’s really comical that they believe that they are in fact going on with that show and have fans fawning over them… they are liars, bitter, conniving and despicable…. FOREVER TEAM VANDERPUMP

Kyle is the most vile of all of them i don’t understand how or why she keeps up bs lisa doesn’t even speak of her. These women all got enough crap going on in their lives with lawsuits. Kyle is no ones friend 👎

Not on this earth will they ever walk in Lisa shoes. There all a bunch of classless hags who never got over the fact Lisa doesn’t need them or the show. I think they are all worried the show will be a flop just like them. Grow up ladies, Lisa could care less what you all think and I’m sure she isn’t losing sleep over it either.