We’ve all seen that unrecognizable Khloe in this photo before, right? Do you remember that time when Kardashian posted a photo of herself on Instagram, but she didn’t really look like herself?

Khloe never said it was her or someone else , so everyone assumed she was posting a photo of herself. But then the reality-TV star received a lot of negative reactions online from people that saw how much she had tweaked her photo.

Now an eagle-eyed ‘ KUWTK ’ viewer spotted that exact scene from the reality-TV show and put the photo on Instagram (left) and his screenshot (right) side by side. After Tweeting the two photos and writing "Khloe... girl...," his Tweet went viral in an instant! 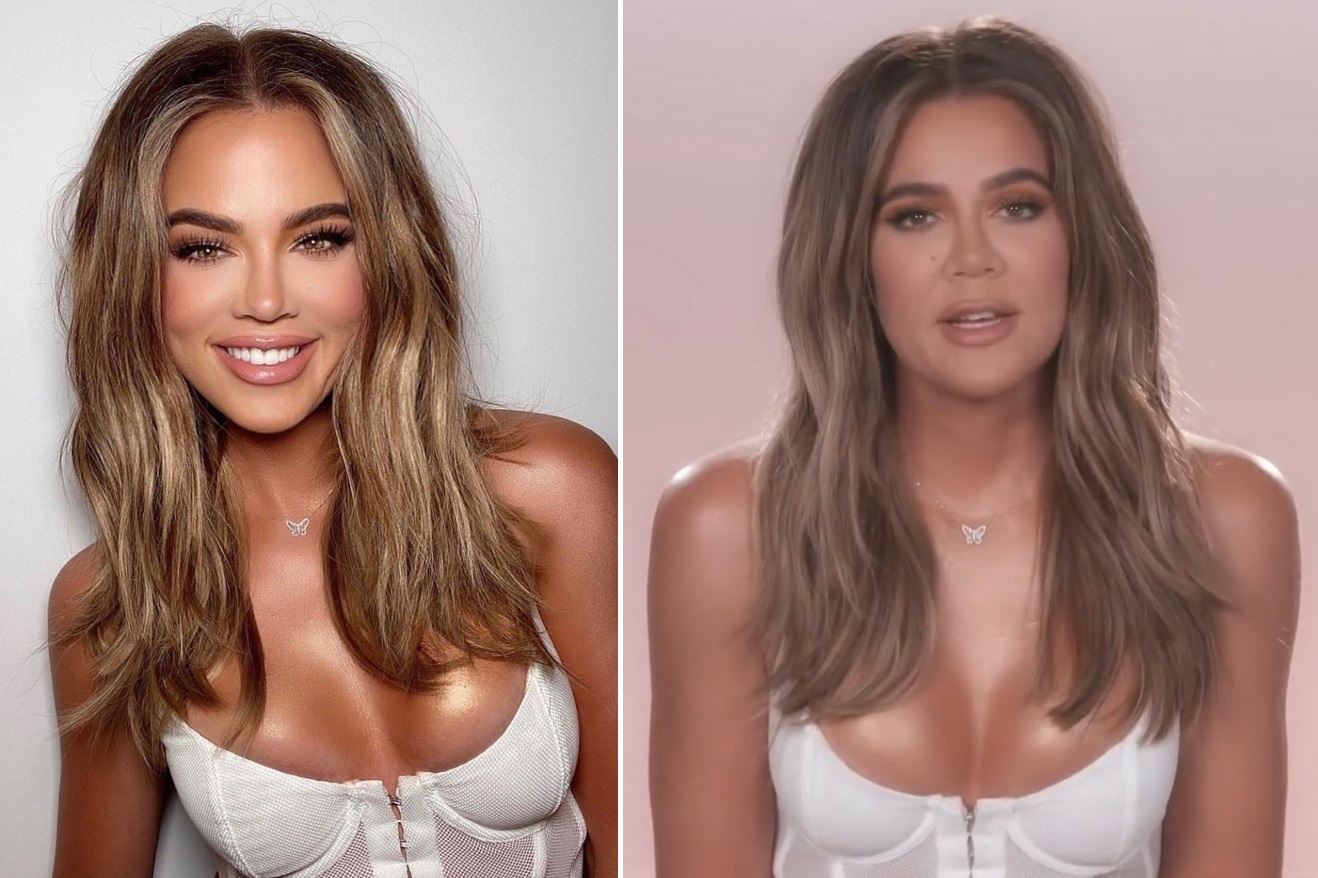 Back in May, Khole’s photo on Instagram had a caption saying "location: under bitches skiiiinnnnn," followed by a kissing emoji. She received a lot of comments from people, one saying she maybe had a face transplant.

Twitter user @dcagiunta recently recognized her outfit from a recent ‘KUWTK’ episode and it is clear that the star had used an app to modify some of her features before posting the photo on Instagram. Of course, in the last two days, everyone went back on Khloe’s initial photo to read the comments and say something about the screenshot from the recent episode.

“I’m so confused 🙄🙄,” wrote someone, while others urged the star to “stop messing with your face!” or to not “overhaul ur face u were fine before.” Looking at the photo on the right, Khloe is seen wearing the same outfit and accessories, but with an entirely different look than the one she had on the left.

While most comments were complaints about not being true to herself, others encouraged Khloe, telling her that “She is naturally gorgeous." The same fan concluded that “it’s a shame she feels the need to heavily Photoshop herself and set unrealistic expectations to her young followers which she can't even herself meet."

KUWTK: Khloe Kardashian Gracefully Responds To Mean Critic Who Compares Her To An 'Alien' In New Migraine Medication Ad

Tekashi 6ix9ine Tells Haters “Don’t Even Bother,” They Won’t Be Able To Locate Him In “His City,” Los Angeles

Kendall Jenner Has Always Had A Rule About Her Boyfriends Appearing On KUWTK - Here's Why That's Never Happened!

Kelly Dodd Reveals That Both She And Husband Rick Leventhal Have Lyme Disease!