KUWTK: Kris Jenner Stuns With No Makeup On During Casual Outing!

The Keeping Up with the Kardashians momager was spotted out and about without any makeup on, showing off her natural beauty! Kris Jenner is usually just as glam as her daughters but this time around, she took a day off from the beauty routine and proved she is just as beautiful and youthful without it!

At the time she was caught on camera by the paparazzi, Kris was flying into Los Angeles and was dressed casually as well, wearing a pair of sweats and a matching top.

She accessorized the relaxed and sporty look with a pair of Nike sneakers, some dark shades, and for a pop of luxury, a Birkin bag! 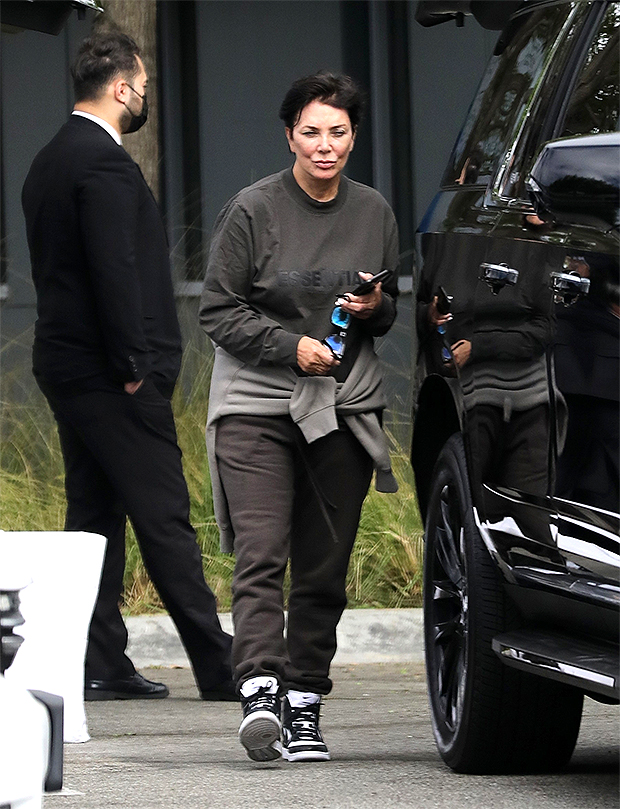 The Jenner has been travelling a lot lately so it's good to see that she's choosing to prioritize her comfort instead of her style while out and about!

Caitlyn Jenner Could Be In Legal Trouble After Talking About The Kardashians On I'm A Celebrity...Get Me Out Of Here

Kris and her boyfriend, Corey, were in Paris not too long ago, being in attendance at the opening of the new Resorts World hotel.

She also travelled to Mexico not too long ago, being photographed in a red bathing suit while at the pool with her man.

Kris really looks like she hasn't aged at all in a very long time and her candid pictures, be it with makeup on or without it, are proof that she still got it!

Another time she was caught out and about with Corey was back in May when the two were at Craig's in West Hollywood and she rocked a gorgeous suit!

Seeing Kris Jenner in her natural habitat, it's no surprise her daughters are so skilled when it comes to their style. They really learned a lot from watching their momager growing up!

Barack Obama Says His Daughters Are 'Afraid Of Michelle' But They Always 'Mock' Him - 'I'm The Brunt Of Every Joke!'

Cardi B Impresses Fans Following This Grand Gesture She Made