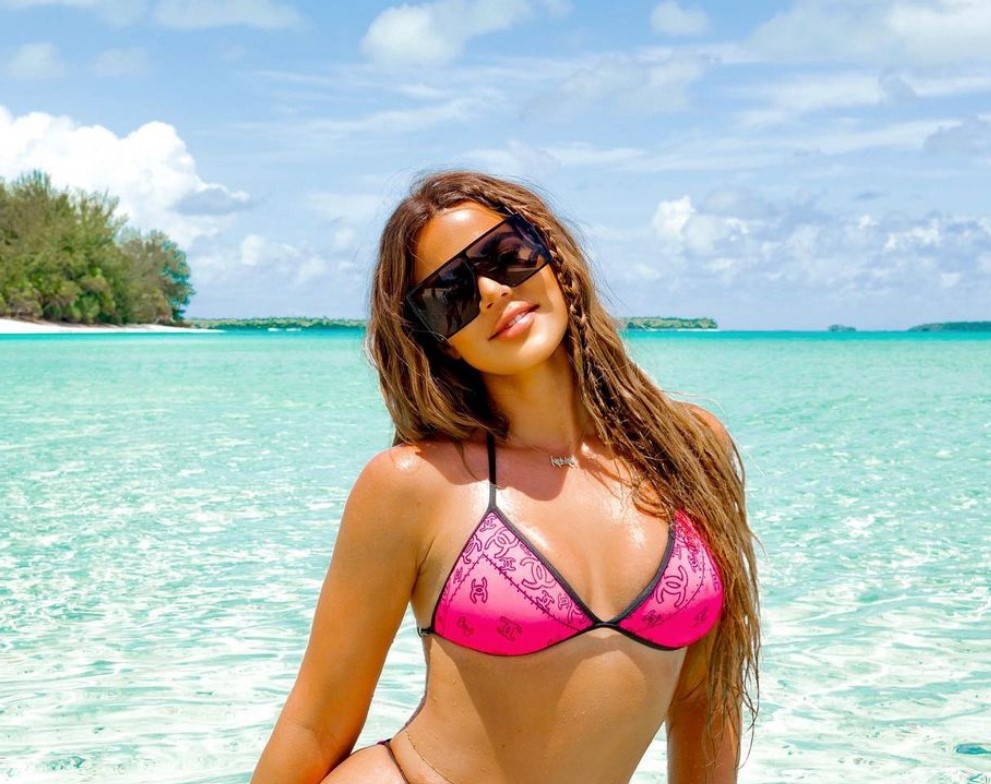 When Kim Kardashian turned 40 years old and shared her birthday photos, she didn’t expect the backlash she later faced online. But aside from that, people talked about Kylie Jenner missing from the very important event and Khloe decided to help out her little sister.

The Kardashians had quite a week as Kim celebrated her birthday. We got a special episode of Keeping Up With the Kardashians with the surprise party she got, and then she took her friends and family on a private island to party on.

Kylie Jenner Ditches Tyga Again, are They Over for Good? »

But while all the siblings were there, Kylie Jenner was missing. Of course, mean comments from people on social media noted that Kylie has been missing from other many family gatherings. But the reality was that the star was actually working and couldn’t attend the trip.

And we do know that Kylie has been busy releasing the Leopard collection with her brand Kylie Cosmetics. We also saw her in a Halloween makeup tutorial with James Charles on YouTube. But Khloe had a wonderful idea!

KUWK: Kim Kardashian Says That She And Her Sisters Still Enjoy Dinners Together Despite Being Quarantined Separately – Here’s How! »

Khloe Kardashian Will Have Her Own Spin-Off With Her Daughter, True — Find Out If Tristan Thompson Will Appear »

Khloe called out her little sister’s absence from the party in a funny post with the sisters posing for the camera. Khloe wrote in the post caption: “I was thinking about photoshopping Kylie into this photo.”

One fan joked that Khloe should have “diddy crop Kendall,” referring to the time when Diddy cropped both Kendall and Kylie out of a photo he was in.

Khloe’s post got over 2 million likes and nearly 7,000 comments. In a follow-up post, Khloe posed in a pink bikini suit, captioning her photo with blue hearts and the message “At Peace.”

Well, the cosmetic mogul did miss out on being part of the Kim meme that has been trending on social media. Kylie was also able to have some fun with her two-year-old daughter Stormi Webster and Travis Scott.

Kylie and Travis were spotted climbing out of her private jet in LA Monday, meaning they had been on a trip. However, before leaving on her trip, she did attend Kim’s surprise party and performed a can-can dance for Kim.