It looks like North West is already developing her style and has a lot of personality for a child her age! That being said, the daughter of Kim Kardashian and Kanye West was photographed at a Sunday Service this weekend looking her best in an outfit complete with a very interesting accessory when it comes to the setting as well as her age – a nose ring!

The 6-year-old girl looked over the moon about the weekly event as the whole family attended Joel Osteen’s service at Lakewood Church!

The child smiled brightly but what attracted everyone’s attention was something else that was even shinier – it was, of course, the nose jewelry she was rocking.

It managed to also complement her clothing choices perfectly!

North was wearing a gi-inspired ensemble - was she going to Karate training after? 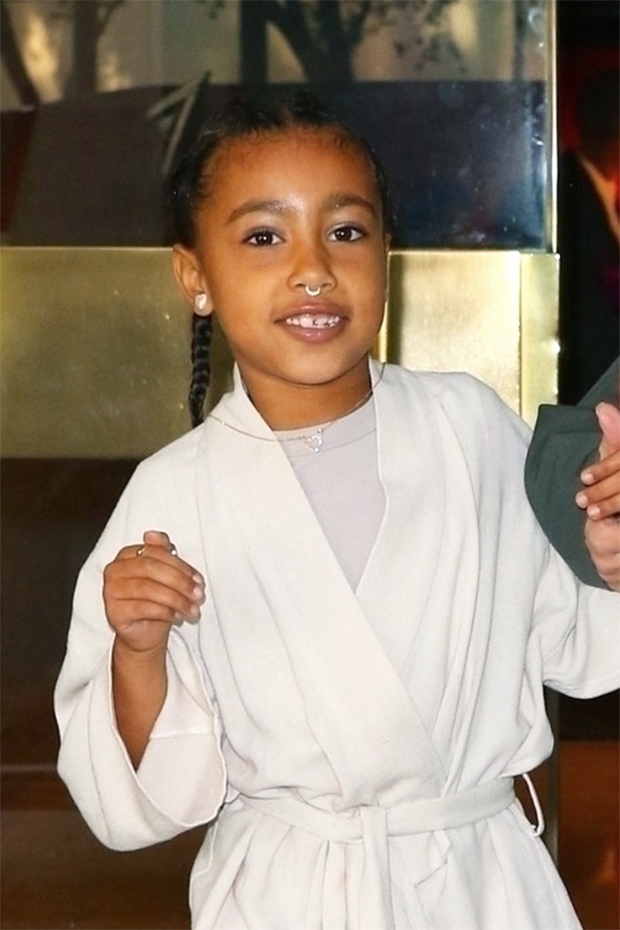 While it’s not completely out of the question that Kim and Kanye allowed their oldest child to get a septum piercing, chances are it’s actually fake since she’s still way too young to get something pierced (other than her ears.)

This would not even be the first time that she wears a fake septum ring.

Last summer while at great-grandmother Mary Jo Campbell’s birthday party, the child also had a nose ring on and in a post Kim shared at the time, she made sure to clarify it was not real by writing: ‘Fake nose ring alert!!!’

In other words, the mom-shaming keyboard warriors can rest assured – North has not pierced her septum as of yet!

Maybe when she grows up, given how much she seems to love this kind of accessory, she’ll get it for real!

At the same time, it’s likely that she’ll get bored of it by then or have her style change completely.

Are you a fan of North with a nose ring or not?