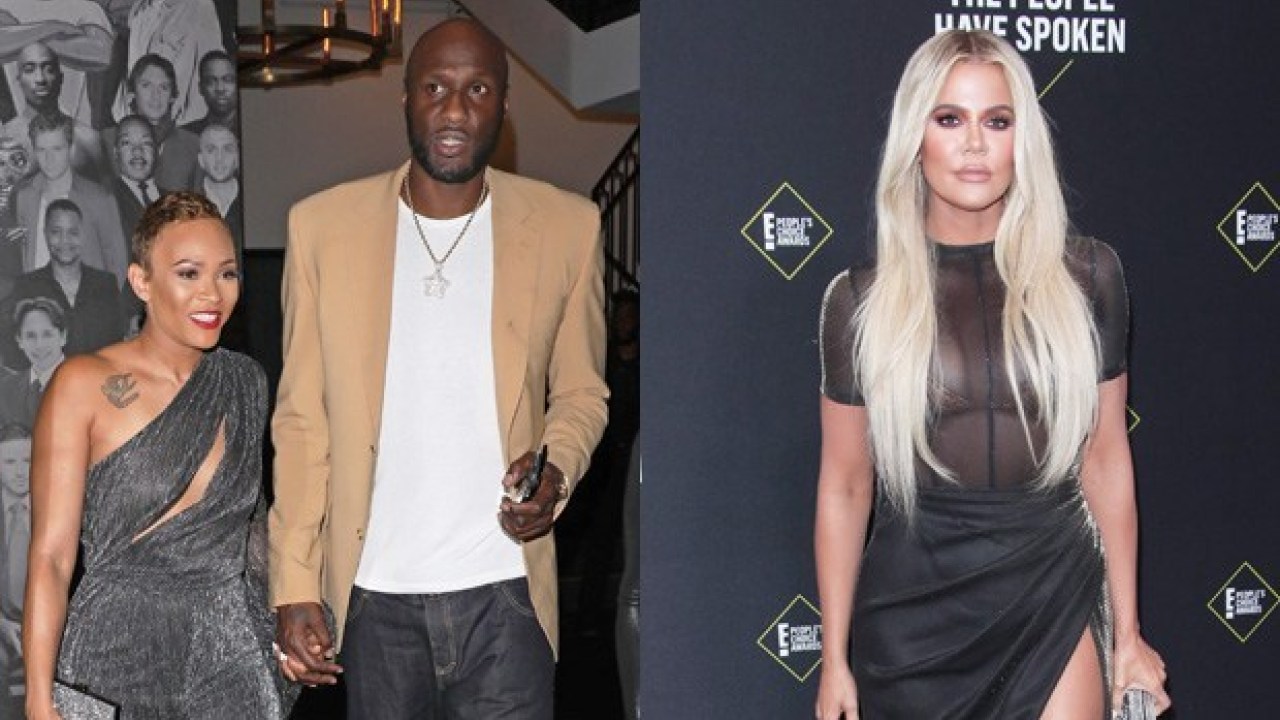 It sounds like Lamar Odom is throwing some shade at his ex, Khloe Kardashian again by gushing over his fiancée Sabrina Parr in a way that puts her above all women he’s been with before. The basketball player made it clear that she is the only one he’s never felt like cheating on!

In other words, him gushing over Sabrina comes at the expense of the Kardashian and that is something he always seems to do.

This time around, he took to his platform to share a picture that featured him and the personal trainer looking all loved up.

Alongside it, he wrote that she’s the only one that is truly making him want to be with her forever and no one else!

Given the fact that he stepped out on Khloe more than once during their marriage, such words from him must really feel bad to hear even though the KUWK star is over him by now.

The pic he posted shows Lamar embracing Sabrina from behind, the petite woman looking great in an orange sweater dress and thigh-high snakeskin boots

‘She got my back even when she’s in front of me!! This women right here is my Back Bone!! She’s what is necessary, I am amazed by her strength and grace every day. I ain’t trying to sound like a sucka but i d c this what she do to me. Best woman I have ever had!!! Never thought I could be with one woman, she took that desire away from me real talk it is all about you @getuptoparr !! Parr-Odom type s**t!!’ his caption reads.

Soon after however, some users pointed out that in the past he was struggling with addiction and he shouldn’t blame the women in his life at the time for him being a cheater.

Here are a few of the comments he got about this: ‘Your other women were all good women, you were just a mess, now you’re not, good for you, but do not dog a good woman, when you were doing THEM wrong!’ / ‘I don’t think she’s the best woman u ever had, it’s just that u didn’t treat the other women well.’ / ‘Let’s not forget about how much KHLOE was there for you.’ / ‘Damn so when you were getting married you thought you wouldn’t be able to be with one woman? Poor guy. I’m glad you’re healing.’

They definitely have a point!