It looks like Stormi is quickly becoming one of the bravest members of the reality TV family! In fact, given the fact that a lot of people are afraid of spiders, the toddler appears to be tougher than most and there is proof!

It all started with her mother, Kylie Jenner taking to social media to share a cute video that showed her using a filter showing one spider crawling on Stormi’s face and she was not scared at all!

Either the child wasn’t fooled by the filter, or she just wasn’t afraid of the concept of a spider being on her face!

But one thing is certain, instead of screaming or crying, or both, Stormi fearlessly laughed!

In a series of IG stories, the baby girl can be seen interacting with her makeup mogul mom as she puts the filer on.

Seeing herself and the fake spider on the screen, Stormi exclaims ‘Spider’ and reaches to her face to try and catch it before smiling brightly, perhaps realizing it was not really there.

‘On my face,’ she adds smiling, Kylie responding: ‘He’s on your face. You’re not scared?’ ‘Nah’ she cutely responds!

Kylie asks her daughter what’s on her face before answering herself that it was a spider but Stormi remains unfazed.

Finally, the third video has Kylie asking Stormi if she liked it and the 21-month-old confirms that she does saying simply ‘yeah.’ What a fearless baby!

It’s clear that little Stormi has not inherited her aunt Kim’s fear of spiders.

Last year while on The Ellen DeGeneres Show, Kim admitted that: ‘I am deathly afraid of spiders. I’ll literally cry if I see a spider. My daughter [North] has been begging me to go to this stupid spider exhibit and you walk and there are spiders everywhere. They could jump on you or land on you.’ 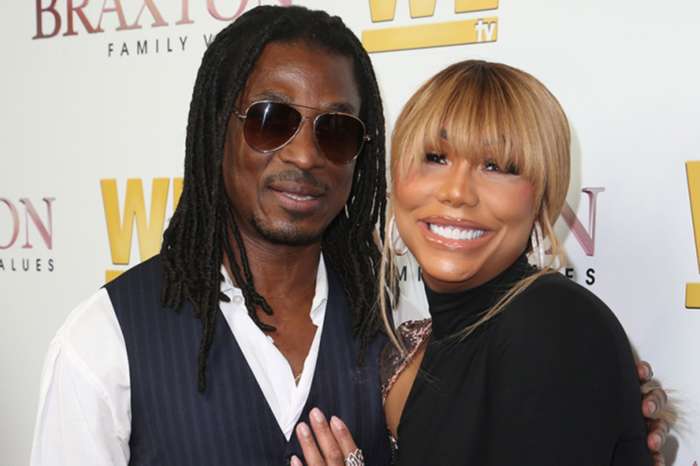