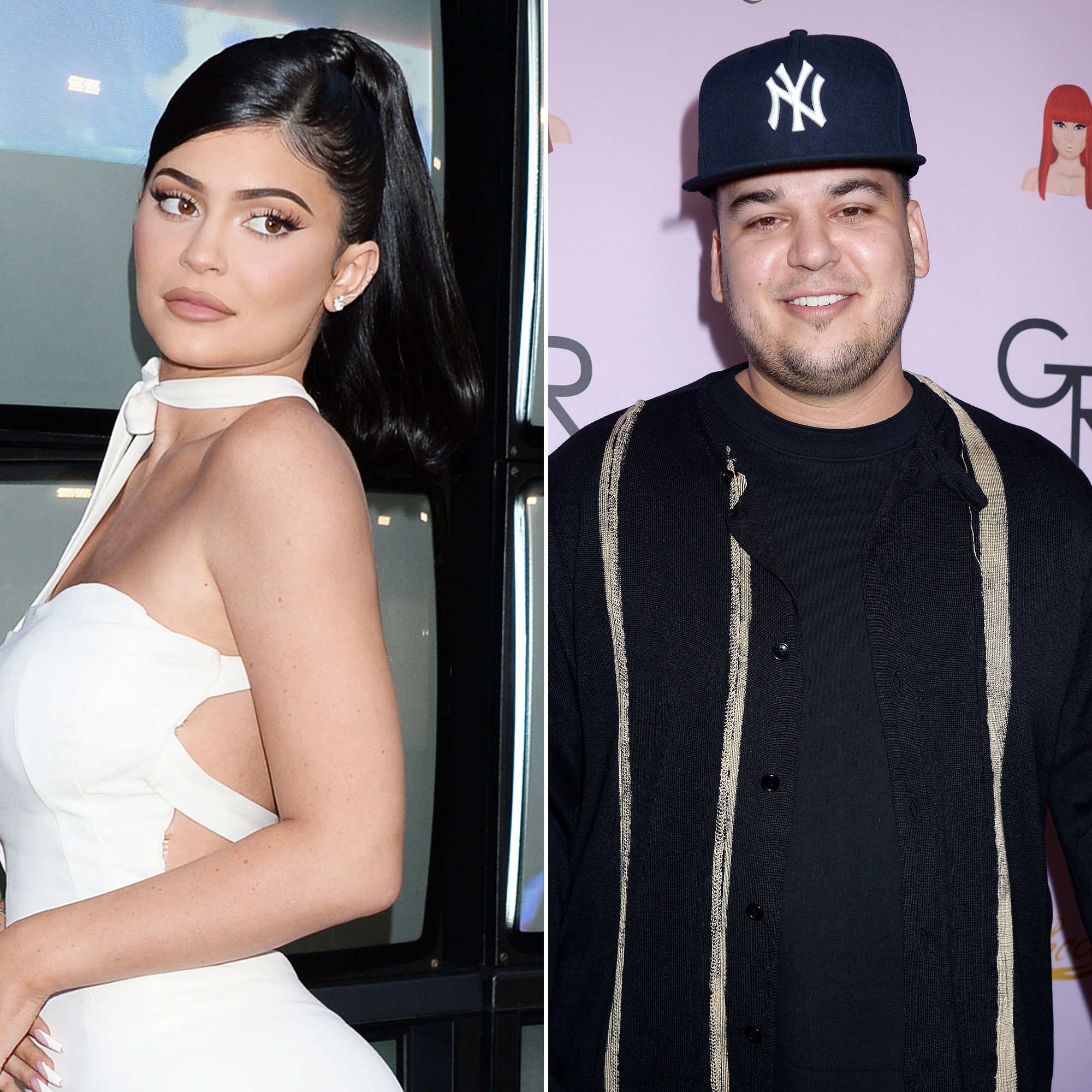 Kylie Jenner is the richest of the Karjenner clan boasting a net worth of a billion dollars. Rob Kardashian is worth the least, especially since walking away from the spotlight so it makes sense that it’s been revealed in a new report the little sister is stepping in to give her big brother allowances.

Rob has been relying on Khloe Kardashian since he’s been out of college. The two even lived together on and off before and after his toxic relationship with Blac Chyna.

After the only male Kardashian slipped into a deep depression, his mother Kris Jenner took over and helped him out.

Now, Kylie is doing her share of the family duty according to Radar Online.

Rob has launched his Halfway Dead collaboration with a streetwear company but since he doesn’t appear on Keeping Up With the Kardashians or post much about himself online — he’s missing out on TV checks and social media sponsorships.

A source told the publication: ‘He’s taken so much off his mom and Khloe over the years, so it’s been agreed far and wide that it’s Kylie’s turn to help Rob out. Everyone’s united in helping him get full custody of Dream, if only to stick it to Blac Chyna, whom they all loathe with a passion.’

Kim Kardashian has no problem contributing if it gets to that point.

The insider went on to say: ‘Kim will help if she has to, but since Kylie’s got cash coming out of her ears right now it seems only fair for her to dip into her pocket. He’s lucky to have this help because there’s no way he could afford the legal bills on his own.’

Even if you aren’t a fan of the KUWK stars, you know that sticking together is without a doubt a thing that the family does best.