KUWK: Kris And Kendall Jenner Not In Kardashian Christmas Card - The Sisters Explain Why After Fans Freak Out!

The Kardashian Christmas Card for this year is finally out, but fans freaked out when they noticed two members of the clan were missing – Kendall Jenner and Kris Jenner! As a result, Kim and Khloe decided to explain why the two were MIA.

And that is not even all because the supermodel hilariously shared an edit of the image that included her, but it’s not what you’d think. Check it out!

While Kendall and the Kardashian-Jenner matriarch, Kris were not in the photo, sisters Kim, Kourtney, Khloe, and Kylie were there at the photo shoot with their kids in tow, looking like a big, happy, family. 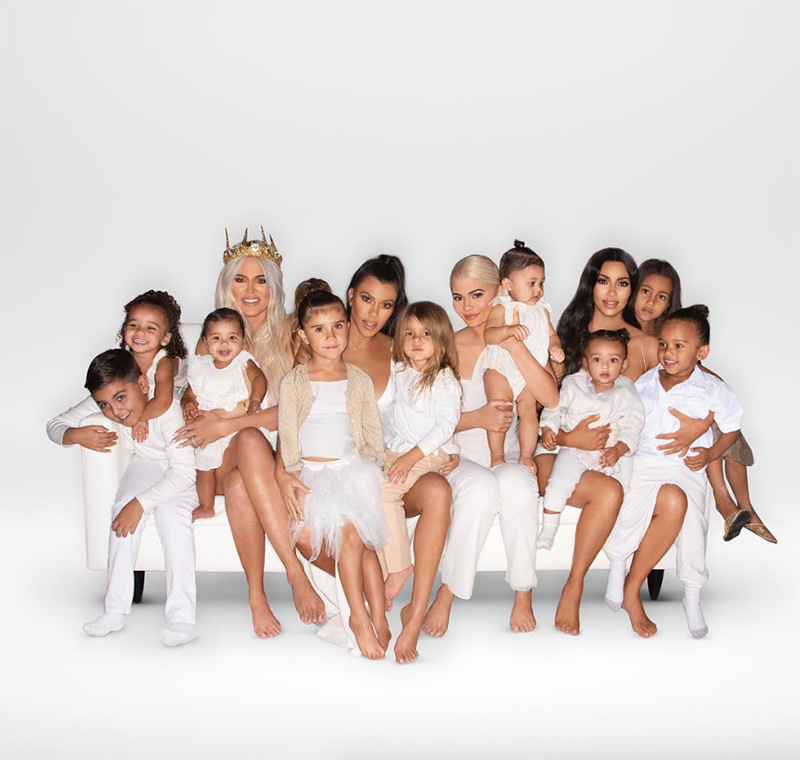 Some might argue that the theme of the card was ‘mommy and me’ so it would make sense that Kendall, who is not yet a mother, was missing from the pic.

However, what about momager Kris, the fans wondered! Why wasn’t she there?

Kim took to Twitter to say: ‘This year we waited until the last minute to do a card. Schedules were changing, my husband was in and out of town. But the day of this card last minute realized we were all together, so we had all of our kids come meet us.’

She went on in another tweet to explain where Kendall and Kris were at the time: ‘Kendall and my mom rushed to a meeting after this shoot so this is what we have! As many of us as possible! From our family to yours Merry Christmas.’

But when one user commented ‘Poor Kenny,’ Khloe made it very clear that she got irritated by it.

She explained that Kendall was indeed at the photo shoot but chose not to be in it since she thought it would be ‘cuter’ if only the moms and the kids were featured.

She also slammed fans for being so ‘dramatic’ over a Christmas card.

Justin Bieber Is Looking Forward To Spoiling Wife Hailey Baldwin With Jewelry And Other Presents On Christmas!

Kenya Moore Shows Off Her Curves In A Juicy Throwback Photo

David Adefeso Reveals How Student Loans Can Be Forgiven