KUWK: Kourtney Kardashian Throws Oldest Son Mason A Fortnite-Themed Birthday Party While Dad Scott Is Away On Vacation With His Girlfriend

As fans of Keeping Up with the Kardashians know, Kourtney Kardashian and her family have been planning an epic party for the past couple of days and it is safe to say that they really did a great job. That being said, the mother of three celebrated her two sons’ birthday, since they share the same one, on Friday and the next day, which was last night, she also threw her oldest, Mason, a Fortnite-themed bash!

The firstborn turned 9 years old and Reign is now 4!

As you might have expected it, Kourt made sure to document the whole party on social media, sharing pics and videos on her Instagram Story.

The celebration had some really big screens aligned outside while some huge cushions were placed in front of each of them in order for the young ones to sit and play video games – more precisely, the already iconic Fortnite!

The proud mother also posted snaps of her younger son, Reign, looking quite cool in a sports outfit.

They even had a kid DJ to provide the great music – DJ Livia, who is only ten years old! 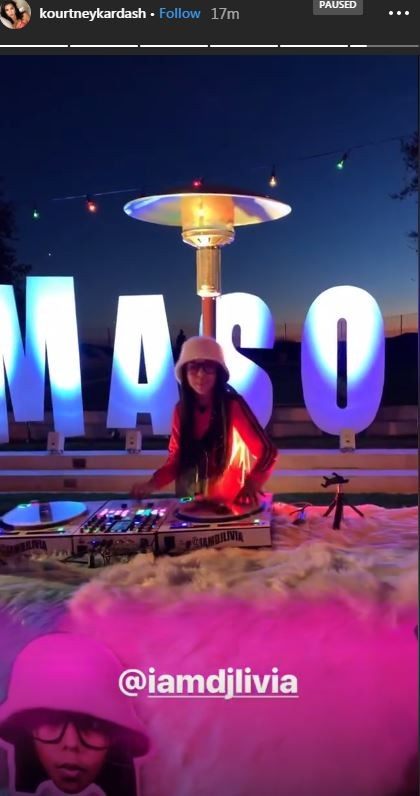 As for Reign’s party, they already threw it earlier this month alongside Kim’s son, Saint, who turned three years old on December 5.

Meanwhile, during the epic Fortnite-themed bash Kourtney threw her and Scott Disick’s oldest son, the man was nowhere to be found!

The reason? He was actually spending some quality time with his girlfriend, Sofia Richie in Saudi Arabia.

On Friday, Scott posted a slideshow on his Instagram page, captioning it: ‘Had a great time in the desert. Excited to witness history at the #AdDiriyahEPrix.’

But he did not forget to at least wish his two sons a happy birthday, posting a pic of Reign and Mason, and captioning it: ‘Happy birthday my loves.’

Porsha Williams Says Family Is Everything To Her

Tamar Braxton Shows Off Her Curves In This Black Skimpy Outfit