While being a guest on the Tonight Show Starring Jimmy Fallon yesterday evening, model and Keeping Up with the Kardashians star, Kendall Jenner talked about something that has been on everyone’s mind lately – the Justin Bieber and Hailey Baldwin whirlwind engagement! What does the older of the two Jenner sisters thinks about the couple’s love?

As fans know, Kendall and Hailey are not only part of the same modeling industry but are also very good friends.

Not to mention that he was even rumored to have had a fling with none other than Kourtney back in 2016!

About his and Hailey’s engagement, Kendall simply said: ‘Whatever makes them happy, I am happy. I have been friends with the two of them for a really long time. So everybody is happy, and that makes me happy.’

Justin Bieber and Hailey Baldwin got unexpectedly engaged this past summer after being on again, off again for years and it looks like they couldn’t be any happier.

Aside from the romance, Kendall mentioned one of Hailey’s habits that she simply cannot stand!

‘I hate her for this. She makes me so very nervous when she does this,’ she told the host before revealing that Hailey often opens bottles with her teeth!

‘I yell at her every time because it hurts my teeth. I’m like, ‘I love you, but this is crazy.’’

Another question she got was which baby niece is her favorite!

However, as you can imagine, Kendall refused to pick one out of True, Stormi and Chicago.

The supermodel made it very clear that ‘I won’t name names.’ 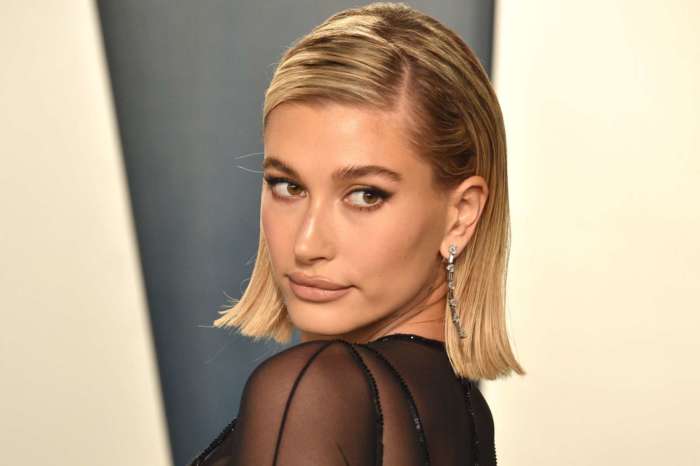