KUWK: Kendall Jenner Looks Stunning With Blonde Hair On The Runway - Check Out The New Style!

The supermodel looked out of this world on the runway at Burberry’s fashion show in London earlier today and a big reason why was her changed hairstyle! Kendall Jenner rocked blonde locks and the fact that she’s never looked better says a lot since she’s a gorgeous young woman.

As fans of Keeping Up with the Kardashians know, usually, Kendall wears her natural brunette hair but it looks like the hairstyle change really managed to get all the heads turning as she strutted her stuff on the runway.

Naturally, she was already one of the show’s highlights but her look change added even more to her appearance.

When it comes to the outfit she presented, Kendall looked great in a white jacket lined in brown leather that had ‘Burberry England’ written on its front side.

Under the jacket, she also wore a simple white top, while the bottom was a black skirt with fringe.

For accessories, the model had on wraparound shoes and a white and black purse, everything on Kendall matching perfectly, both chromatically and style-wise. 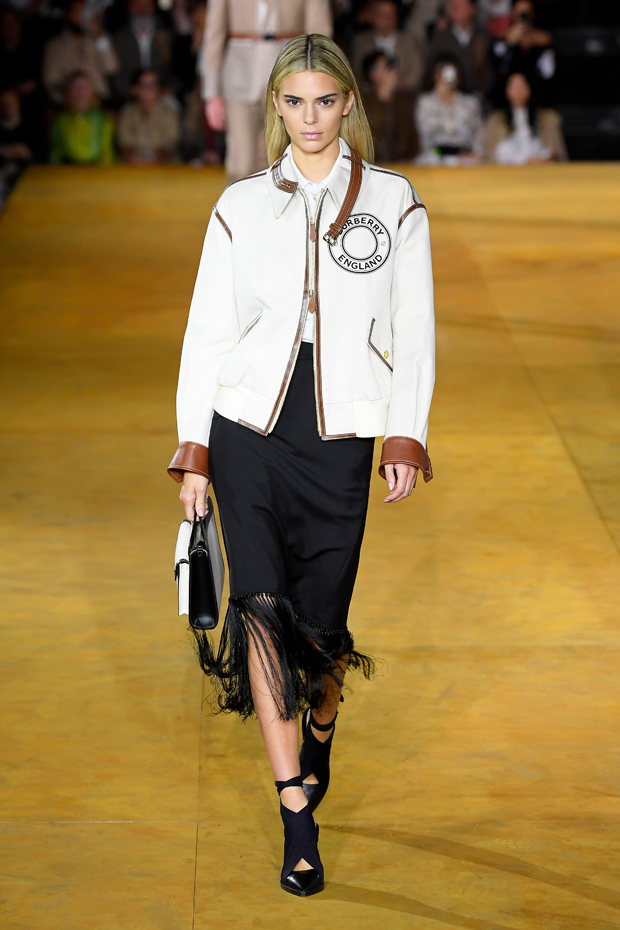 This runway walk comes only a week after she was at the New York Fashion Week as well.

At the time, the paparazzi caught her on camera leaving Mercer Hotel while wearing a black long-sleeved dress.

As accessories, she put on a pair of knee-high boots, also black, and sunglasses.

Sure enough, she grabbed everyone’s attention outside the hotel, be it reporters of just people walking by.

Coming back to her new hair, it’s still unclear if she is planning on wearing it like that for a while more or if she got it like that just for the London fashion show.

Either way, it was a pleasant surprise as much as it was an unexpected choice!

Princess Love Throws A Birthday Party For Her Supposed Boyfriend, And Ray J Is Mentioned By Fans