KUWK – Did Kim And Kourtney Kardashian Appear In A Tupac Video? 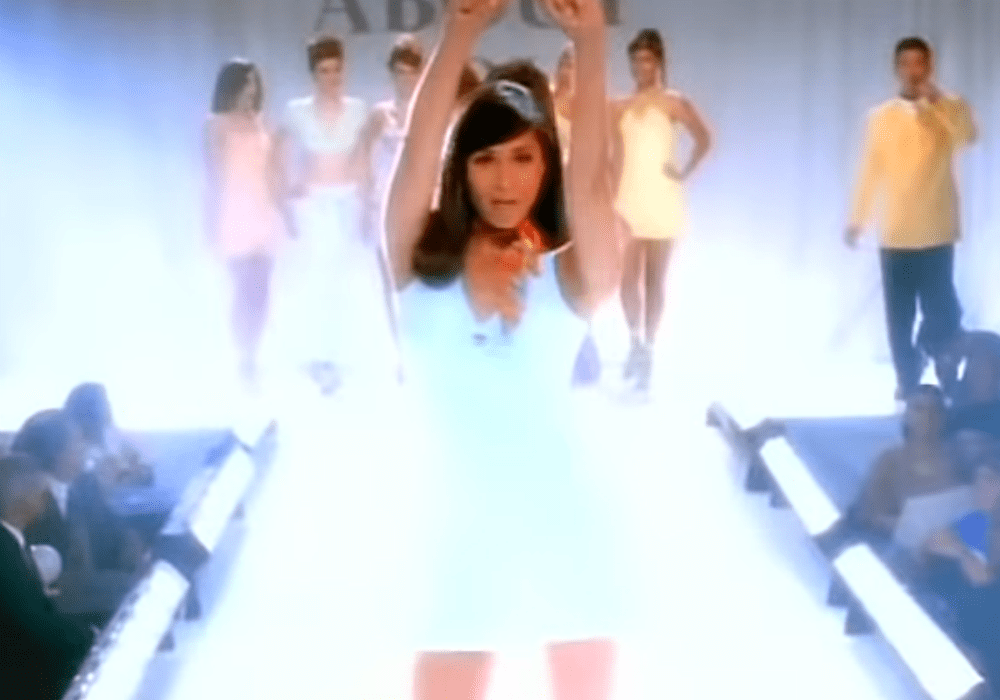 Kim Kardashian recently visited her good friend Jonathan Cheban’s podcast, and she revealed that in the early 1990s, she was in a Tupac music video. The shocking revelation had Cheban asking if the appearance was “Google-able,” and the Keeping Up With the Kardashian star said “no.” However, it’s possible someone has finally figured out which video Kardashian was referring to.

This all started when Cheban asked Kardashian to tell him something he didn’t already know about her, and the mom-of-four replied that when she was 14 she was in a Tupac video.

Kim Kardashian Confirms She Was In A Tupac Video
Kim Kardashian’s current interview with Jonathan Cheban’s podcast Foodgod has revealed rather a lot about her previous.
The fact star and entrepreneur re https://t.co/faHlfSSQbb

“So first of all, we lied and said we were like 18 probably. I definitely looked 18. I didn’t even drive,” confessed Kardashin. “Kim[berly] Stewart was in some, I don’t even know what, I think it was for a soundtrack. I have to call Kourtney [Kardashian] and find out.”

Cheban asked if she got the chance to hang out with the legendary rapper, but Kardashian said he wasn’t there. She says that she has never seen the footage, but she remembers the shoot. Kim explained that they weren’t in bikinis or hanging out by the pool. Instead, Kim, Kourtney, and Kim Stewart – plus one or two other friends – were models who were “literally walking down a runway.”

Kardashian says she doesn’t know how it happened, but it was at a studio and they set up the runway like they were models in a fashion show. She says it was maybe for a soundtrack, and it was in ‘94 or ‘95, but she doesn’t remember the details.

The one thing she does remember is that she and Kourtney didn’t tell their parents. She says the shoot was supposed to be for a Tupac music video, and she was bracing herself to tell her dad about it. But, she never saw it come out. She says that if the video had come out, she would have been in a lot of trouble.

Kardashian promised that the video is out there, and she says she hopes someone finds it.

As it turns out, TooFab went on a hunt for the elusive footage, and they believe they have figured it out. The only Tupac video they could find with any clips of models walking a runway at a fashion show was for All About U, a song from his 1996 album All Eyez On Me.

They claim that at the 3:05, 3:27, and 4:22 marks, the young woman in the blue dress could be either Kim or Kourtney Kardashian. If it isn’t, then the mysterious video featuring the sisters might remain a secret forever.

Neither Kim nor Kourtney Kardashian responded to TooFab when they reached out to them for comment. New episodes of Keeping Up With the Kardashians air Sunday nights on E!.