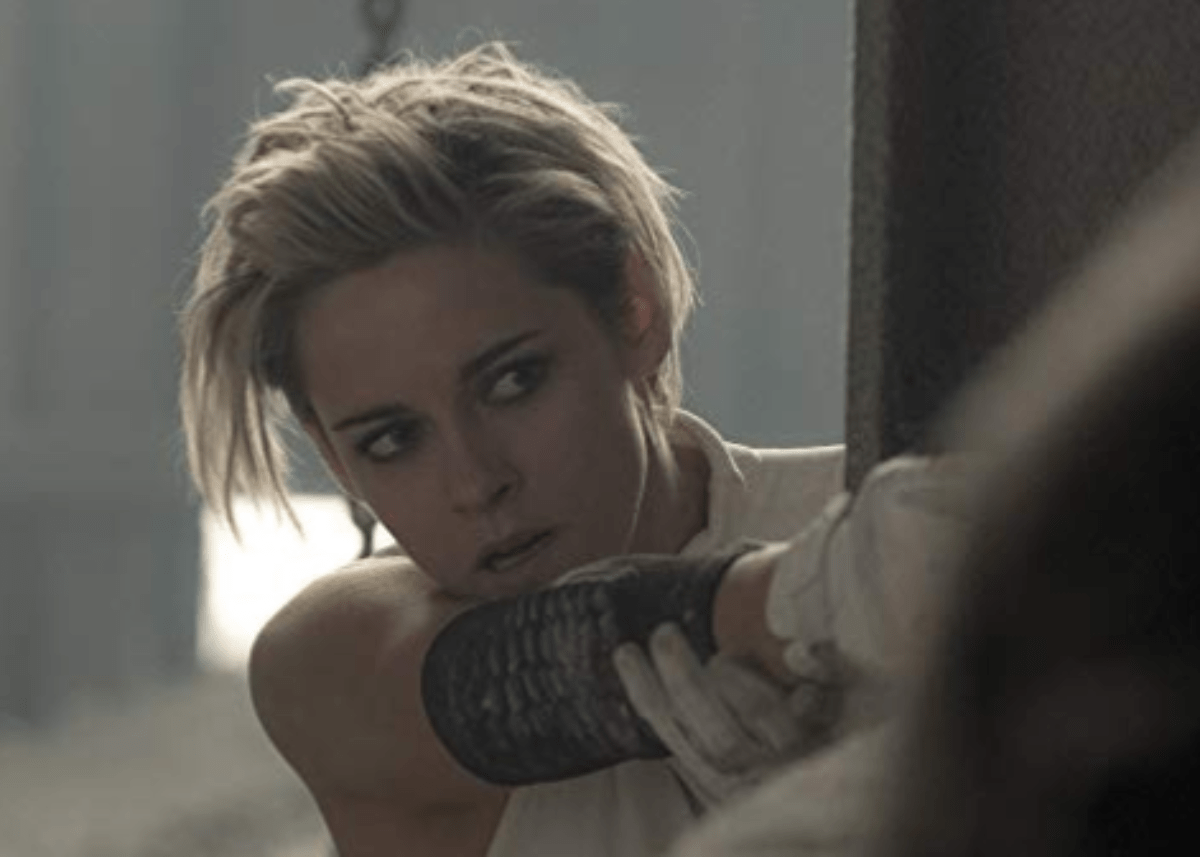 Kristen Stewart is turning heads Saturday evening for her choice of fashion attire. Kristen paid honor and respect to actress Charlize Theron at the Cinematheque Awards, where Charlize was roasted, but Kristen has fans scratching their heads in regards to her get up. Kirsten piled her hair up into a messy knot that was bleached blonde along with her brunette locks. She wore a pair of wire-framed glasses and her makeup was on point. Her shirt; however, has become a subject of controversy with several people insisting she should have changed her shirt or at least buttoned it.

Kristen’s shirt was completely unbuttoned. While different people choose various ways to button their shirts (some choose to button every button while others may leave the top button was undone or even the first two or three buttons.

Breaking away from all tradition and etiquette, Kristen Stewart chose to leave every button opened. She also tucked in one side of the shirt and left the other side out. Fortunately for Kristen, her figure is built in a way that she could leave the shirt completely unbuttoned without revealing anything sensitive, though she did reveal plenty of skin.

You may see multiple photos of Kristen Stewart and the interesting look below.

Some people liked the look and referred to it as sporty and edgy, but there were others who were highly critical of the ensemble. Kristen stated the following about Charlize Theron while at the awards show.

“Allow me to fall at your feet. This person’s ability and strengthy blows my f***ing hair back. She scares me when she wants to.

You may see some poses of Kristen Stewart from the night in her unbuttoned shirt and suit ensemble below.

Kristen has been opening up more to the press and last week spoke to the public about her past relationship with Robert Pattinson. Kristen sent shock waves through social media when she suggested she could have married him.

Kristen’s unbuttoned shirt revealed her flat stomach and even her belly button. She wore several layers of chains around her neck and two that featured locks. Kristen posed for multiple shots in a variety of poses.

What do you think of Kristen Stewart’s style?