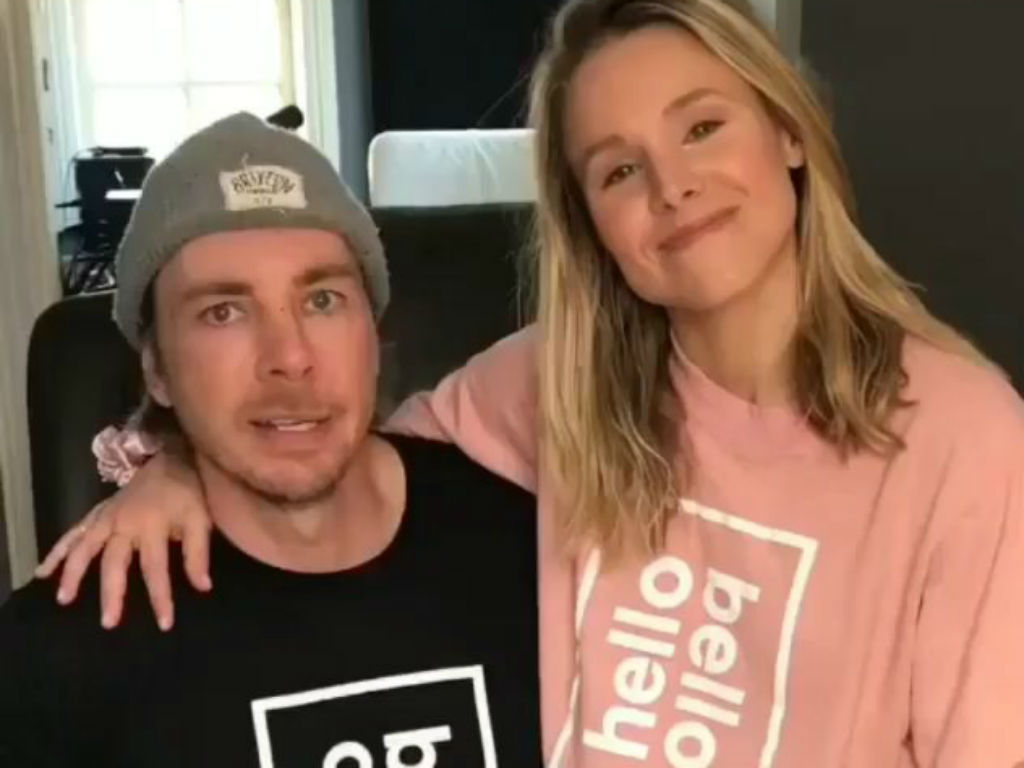 Kristen Bell and Dax Shepard announced they are launching a new line of baby products with Walmart. Their new venture has come under fire because people are not thrilled the famous couple has partnered with the retail store.

The Hollywood A-listers used Instagram to share they have another baby. Their Hello Bello line will feature pretty much everything a parent needs from baby wipes to sunscreen. Shepard and Bell used all the products on their two daughters, Lincoln and Delta, so they stand behind the line 100%.

However, it is not the new Hello Bello line that has people up in arms. It is the fact that the influential couple has decided to sell it exclusively at Walmart. The superstore has come under attack for its treatment of employees, including paying low wages. Thanks to all the criticism surrounding Walmart, many of the couple’s followers wondered why such down to earth people would partner with the big chain store.

"Your mom decided what was in it, and your dad decided how much it should cost" Meet our newest baby…@hellobello Diapers, wipes, lotion, shampoo, bubble bath body wash, bug spray, and sunscreen…that we use on our kids. Xo #itsybitsywalmart And a massive thanks to @wearebof for all their incredible work!!

All of the criticism prompted Bell to explain their choice to partner with an affordable company so that all babies can receive the same high-quality product.

“I don’t agree with everything either. But I’ll say this I spent a lot of time educating myself on their practices. They do not, in fact, use child labor and have VERY strict checks and balances to make sure that stays the case,” Bell responded to one commenter, who wrote a scathing message to her and Shepard.

Along with making it clear that she had done her research, the actress went on to defend Walmart by saying it was one of the first companies that demanded all their manufactures uses non-toxic dyes in their clothing. The retail chain even went as far as to tell those clothing companies they would no longer sell those items if the dyes were used. Bell also stated the company has a diverse buying team, which resonated with her.

Most importantly though, Dax Shepard and Kristen Bell wanted to partner with a company that would afford people of all income levels the ability to buy their products.

Premium doesn’t have to break the budget. #hellobello is a line of baby good products that are super strong and super affordable. Because we believe every baby deserves the best 👶#hellobello #goodbyebadstuff P.S check out those Sleepy Sloths! 👀

“And their economy of scale is the only place we could have sold that would give us the economy of scale to make the product with premium, safe, effective ingredients at a price point that all Americans could afford. We believe people shouldn’t have to break the bank to care for children, that’s why we started the company,” The Good Place said ended her defense.

They are relationship goals for sure, but not everyone is pleased about their venture. It is great they want to create an affordable baby line, but fans are not thrilled Shepard and Bell partnered with Walmart. What do you think?

KUWK: Khloe Kardashian - Does She Still Want Tristan Thompson In True's Life After His Cheating Scandal?