Kourtney Kardashian shared a behind-the-scenes photo where she was being glammed up for a Skims campaign. Kim Kardashian omitted the 41-year-old mother of three from her Skims' Valentine's Day campaign and fans weren't happy about it. The quickly noticed that Kendall and Kylie had starring roles in the ad that omitted Kourtney and Khloe and they turned to social media to find out what was going on. It didn't seem to bother Khloe that she wasn't in the ad as Khloe has been busy with her own Good American campaigns (including recent allegations of a freakish, photoshop fail) but Kourtney seemed upset by the glaring omission.

Kourtney turned to her official Instagram account, where she has 112 million followers, and posted a photo of herself wearing a similar Skims lingerie outfit. That she posted a photo on her own timeline speaks volumes and though her picture seemed a bit tongue-in-cheek, it appears being excluded from the photoshoot upset her.

Kourtney posed while kneeling on the floor and captioned the racy shot with 'Since I wasn't invited to the sister shoot.' A Skims' bag stood in the background and red, black, and pink lingerie was strewn on the floor behind her.

She wore the Skims Fits Everybody Micro Thong and Scoop Neck Bra in the color poppy.

Fans loved Kourtney's photo, and it has over 3.7 million likes and over 26,000 comments. You may see the photo that Kourtney shared on her Instagram account below.

Did Kylie Jenner Fake Stormi Webster's Candy Challenge? Some Think There Was A Person Coaching Stormi 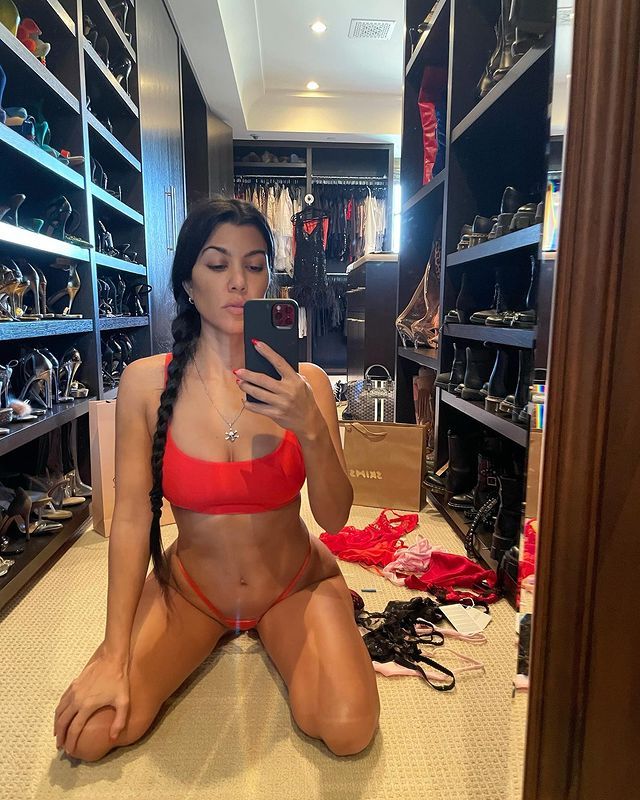 In the second photo that Kourtney posted, she was seated in front of a mirror that read "Kourtney Glam." Her makeup was credited to Rokael and Glen Coco styled her hair. Some commenters pointed out that the WIFI network name and password were listed on her photo. Many people encouraged Kourtney to ensure her team had that changed immediately.

You may see the behind-the-scenes photo featuring Kourtney Kardashian for Skims below. 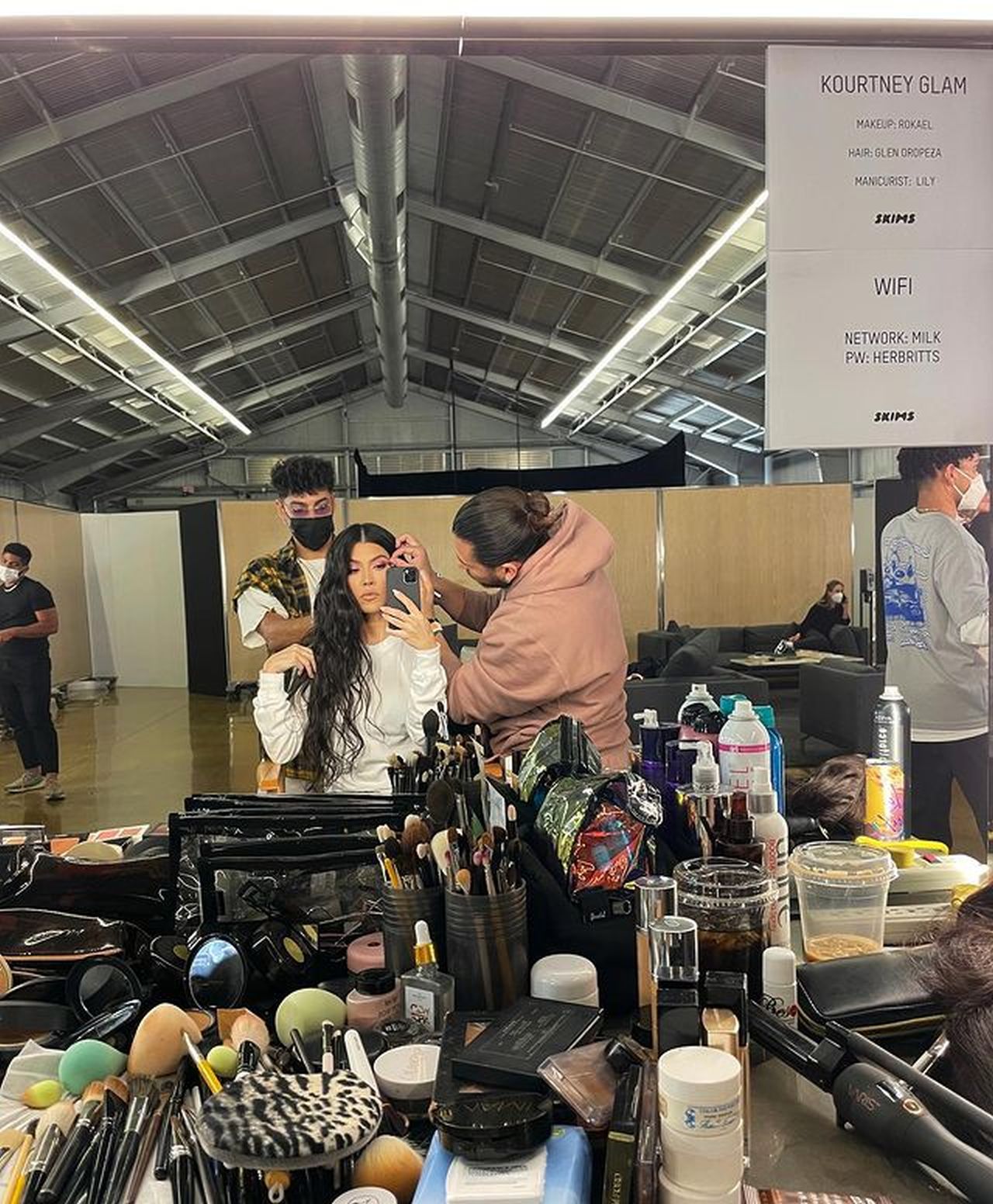 It's unclear what Kourtney will wear for Skims, but fans are looking forward to seeing the finished campaign. Were you surprised to see Kendall and Jenner in Kim's Valentine's Day campaign and not Khloe and Kourtney?