The romance between Kourtney Kardashian and Younes Bendjima continues to heat up, and now a new report claims the couple is planning to take their relationship to the next level. Could the Keeping Up With the Kardashians star and her young boy toy be planning to elope?

According to Radar Online, the couple is planning a secret elopement, and they are not inviting her famous family. In fact, they want it to just be the two of them on a beach without any family, friends, or cameras.

“Kourt just doesn’t want the fanfare of a traditional Kardashian wedding,” dishes the Radar informant. “She wants to marry Younes but would prefer to be just her, him, and a celebrant on the beach, with no cameras around.”

The source goes on to claim that Kardashian has considered a friend’s beach house in Punta Mita, Mexico, and Bendjima is completely on board with the idea because the Kardashian circus freaks him out.

But, getting married isn’t the only thing on Kardashian’s mind. The insider says she also wants to have Bendjima’s baby – which would be number four for her – and she wants it to happen soon.

dancing by the moon

Could all of these supposedly secret plans be true?

Rumor-debunking website Gossip Cop says no way. There is no “hush-hush” wedding in the works, and even though the two have gotten more serious lately, the eloping claims are “not real.”

The story’s logic just doesn’t add up. Why would someone close to the family leak secret elopement plans to a tabloid? And, why would Kardashian be so eager to marry Bendjima when she has made it clear that getting married is not an important thing for her. She was with Scott Disick for about ten years and had three kids with him, and they never tied the knot.

Kardashian and Bendjima have been together for about a year, and the couple does look happy together. US Weekly reports that they recently shared some sweet pictures on Instagram of the two dancing in the new year, with Bendjima adding the caption, “2018. Keep it 90’s R&B.”

Later in the day, the 6’2” model added a video to his story of the couple working out in the garage. Kardashian was jumping rope, and when she realized Bendjima had the camera on her, she started laughing.

E! News reports that Disick also made an appearance later in the night and Snapchatted with Kim Kardashian-West and her son, Saint.

Kourtney Kardashian has not commented on the elopement rumors. 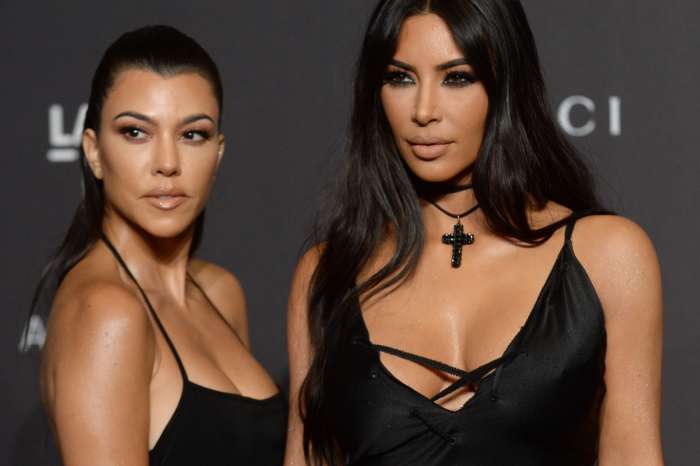