Kourtney Kardashian ’s morning workouts are already a routine we all know about. However, nobody was expecting to see Travis Barker around!

Kourtney and Travis’s friendship has made a lot of fans very curious, wondering if the two were more than friends. Back in 2018 and 2019, they used to meet often and bring the kids to play together. That’s when we learned that their friendship was platonic.

“Travis and Kourtney are very flirty when they’re together but she swears they’re just really good friends,” said a Kardashian insider to HollywoodLife in December 2018. However, Scott Disick didn’t believe it, added the source:

“He gets riled up when he sees pictures of them hanging out, it bugs him because he feels like Kourtney’s hiding something from him. He grills her over it all the time, he still wants to know every move she makes, but she just laughs it off.”

Travis also said that they are just friends, even though be loves “her to death.” Now back to this week’s workout session with the Poosh blogger, the Blink 182 drummer made an appearance on her Instagram story.

Kourtney didn’t share a photo or video of them at her Calabasas estate, but she did include a photo of four cups of Matcha lattes, three of them having an Instagram handle tagged, including @travisbarker. Here’s the photo from Instagram, which also leads to Kourt’s blog, where she shared the recipe for her latte. 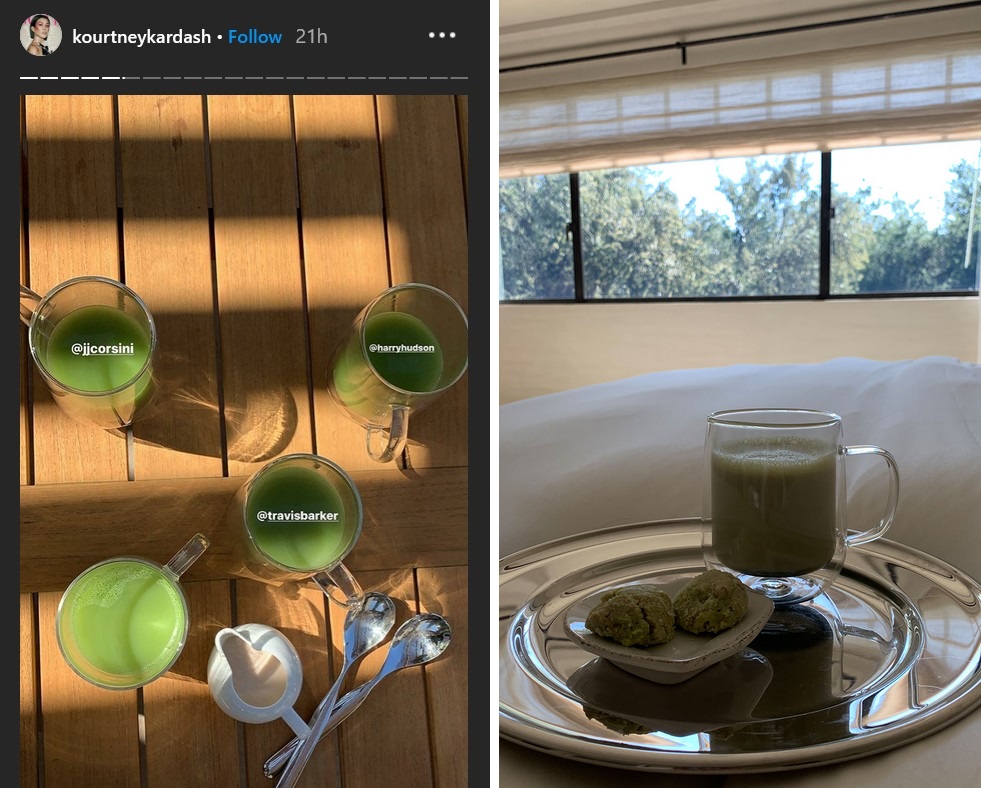 On August 3, the KUWTK star mentioned Travis in a workout video with Addison Rae. She revealed that Travis sometimes joins the routine: “Travis is another one of our camp members,” and Addison added that “Yeah, but he’s never here.”

However, in that video, Kourtney didn’t mention which Travis joined them. It could have been Travis Scott, Kylie’s ex, who is still close to the family.

Kourtney Kardashian and Travis Barker got married- This time officially

Lindsay Lohan's Fans Demand She Release 'Xanax' Now — 'It's A Hit, What Are You Waiting For?'