The Kardashian’s are some of the most famous people in today’s world. With all that fame and fortune, they’ve truly made a name for themselves throughout multiple countries. Just like their fame, you can always expect the Kardashian’s to have big fancy events. Their wedding took place in Portofino, Italy. It could not have been more romantic.

Recently, it was reported that Kourtney Kardashian and Travis Barker got married. Although they seemed to get married a while ago, they claimed they were “just practicing”. They officially got married a while ago and the world rejoiced. But Rob Kardashian was visibly absent from the wedding which caused quite the controversy between the fans of the show “Keeping Up With The Kardashian’s”. 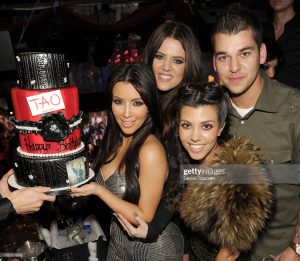 Rob has always been very close to Kourtney. Since they’re siblings, it was essentially strange for fans to see him absent from her wedding. Everyone else including Kim Kardashian, Khloe Kardashian, Kris Jenner, Kylie Jenner and Kendal Jenner as well as many others of the family members.

Rob Kardashian was no where to be seen during this wedding ceremony. Fans thought this was strange since Rob would want to be a part of his sister’s wedding. But as it turns out, Rob Kardashian, despite being a part of the Kardashian family, did not like the spotlight on himself. Rob has never been seen on episodes of “Keeping Up With The Kardashian’s”, so he is known for being exceptionally camera shy. So, it would make sense that while he wanted to be involved, he didn’t because the spotlight would have made him uncomfortable.

KUWK: Rob Kardashian Vs. Blac Chyna - Lawyer Explains If The Kardashian Can Prove His Ex Is An Unfit Mother!

This however did not stop him from still being a part of the ceremony as he hopped on a facetime call with his sisters. It has also been said that Rob Kardashian will make an appearance on “Keeping Up With The Kardashian’s”. He was recently seen in an episode of the show on Mama Kris’s birthday. At first, fans couldn’t see him as well because he was hidden behind Khloe but then a glimpse was caught of his smiling face and of his tattoos during a toast.

Although he was not there, Rob Kardashian wishes the best for Kourtney and Travis and sent all of his love.

Why did Rob Kardashian miss his sister Kourtney and Travis Barker's wedding in Italy?