Kourtney Kardashian And Scott Disick Are On Good Terms — For Now!

If you’ve been keeping up with the Kardashians, you would know that on the reality show Scott Disick and Kourtney Kardashian were on two different pages. The conflicting views were causing a lot of trouble  between the exes, but now it seems as though they are finally on good terms.

Kourtney and Scott spent a decade together. They brought three kids into the world and her family became his family especially after the untimely passing of both of his parents.

With that being said, it’s understandable that Scott has had a difficult time letting go and Kourtney was seemingly enabling him by feeding into his stunts to win her back.

Between threatening to beat her new boyfriend, Younes Bendjima, up and acting out to catch her attention, the break up has become more of a problem than a solution.

We wouldn’t go as far to say that the model is invited to all of the KarJenner special events just yet, but it does seem like Kourtney may be singing a new tune.

While the mother of three is on vacation with her younger beau, Scott was able to introduce Richie to his three children.

Sources say that Kourtney is fine with it now that it’s apparent that Sofia will be sticking around for a while.

Insiders claim that the oldest Kardashian sister never had a problem with Scott having a girlfriend, she just wanted to make sure that he wasn’t bringing their children around a bunch of random women all the time. Totally understandable!

The family friend also reveals that Scott is getting used to the idea of not being with Kourtney anymore and realizes that the main task at hand is co-parenting. 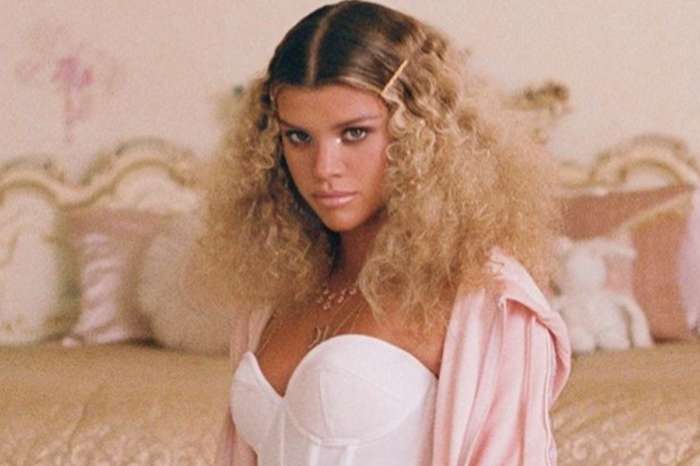 Amber Rose Updates Fans On Her Post-Breast Reduction Surgery Body: 'Look How Much Smaller They Are!’