Kirk Frost’s estranged wife, Rasheeda, is going after the haters on social media.

A few weeks ago, Rasheeda sat down for a radio interview where she revealed that her marriage was not able to survive the bizarre Jasmine Washington scandal that rocked Love & Hip Hop: Atlanta.

The resident stripper told everyone who would listen that she had an affair that resulted in the birth of a little boy by the name of Kannon.

Frustrated by the former rapper’s decision not to take a paternity to solve the mystery surrounding Kannon, Rasheeda decided to split from him.

The femcee, who shares two sons named Ky and Karter with Kirk, is often getting slammed by people who claim that she knows that Washington is not lying.

Many of Rasheeda’s haters say she is aware that Kannon is Kirk’s son and is using to scandal for a good storyline on the reality show.

This week, she called out the naysayers with a post that read:

Her backers agreed that the Boss Chick should be left alone.

One of them said: “That’s true but not so true especially if you’re running a business or whatever sometimes you just gotta bite the bullet and smile even tho we knowing deep down we don’t care.”

Another fan explained: “Real talk! Girlfriend, trust me I know!!”

A third person stated: “Say that! Thanks! Needed that. Workflow!”

A source close to Rasheeda claimed people should not listen to the haters because she really wants Kirk to take the DNA test and added: “Rasheeda cannot understand why Kirk is not producing the DNA test results.She wants the receipts almost as much as Jasmine. He has given her all sorts of crazy reasons, including saying the results got lost in the mail. Rasheeda should be able to see through his excuses, but with Kirk, she never sees clearly. She still can’t wrap her head around him having a baby behind her back; she just can’t accept that he would lie to her that way.”

Yeap I’m loving this “Stripped Tassel Kimono” y’all know it’s a ? one so get yours now in-store at @pressedatl or online at PRESSEDATL.COM & yes the joggers are coming soon so be on the look out!!!

The person concluded: “Rasheeda‘s kids are doing okay. This is a painful thing for them to go through, but one blessing is that Kirk [Frost] is still involved in their lives on a daily basis.Rasheeda is very strong and makes sure to keep things as positive as possible for her kids in all this.”

Do you think Rasheeda is telling the truth when she says that she has no idea if Kannon is her stepson? 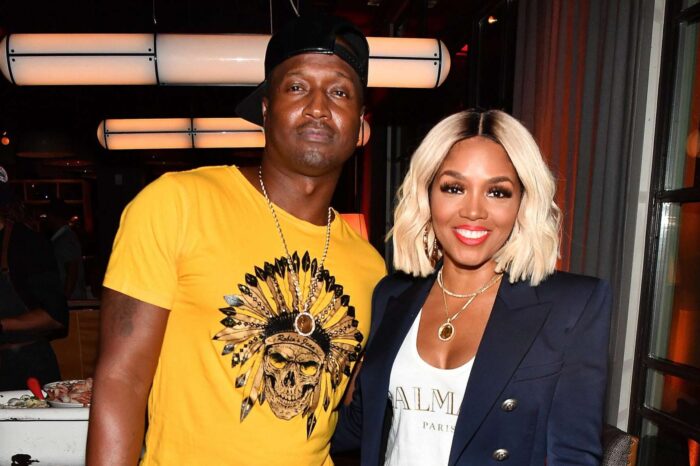 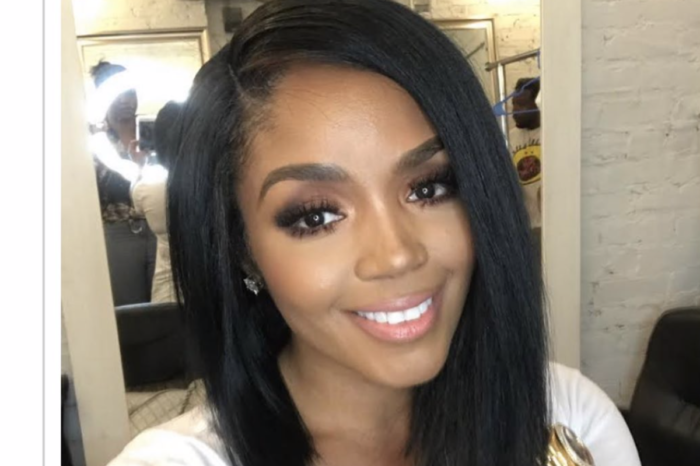 Yea I think the fact that Kirk still avoiding the paternity test finally led Rasheeda to believe that Kannon may be his. Kirk knows darn well that he is the father or else he wouldn’t have let it affect and ruin his marriage for so long..storyline or not. Why else would he give her hush money? If the truth about him just stepping out on her came out a long time ago then him n Rasheeda could possibly have moved on..if she allowed it, but I’m sure he took a test when he was first approached by Jazmin so he knows. He is breaking her heart slowly when she will just divorce his dumb a** regardless. #everybodyknowsKirk #justtellheralready

I believe Rasheeda don’t no if Kanon is Kirk she’s seems not to be that type of person to hold to that for a story line she already own businesses so haters and who ever need to chill and leave her only she’s not bothering y’all.

I think that “women” especially should at least TRY and be understanding when it comes to men cheating. They’ve been married almost 20 damn years, her head is probably still spinning. If her husband can hide affairs and the fact that side chick was even pregnant, it’s not a stretch to think he would hide the outcome of the paternity test, DAH!!!?????
I think she should be left alone to allow her family to heal, so what if it’s a storyline, it’s a party of their REAL LIVES……
I hope it never happens to all those who find it funny because then you’ll really know it’s like. JUST SAYING!