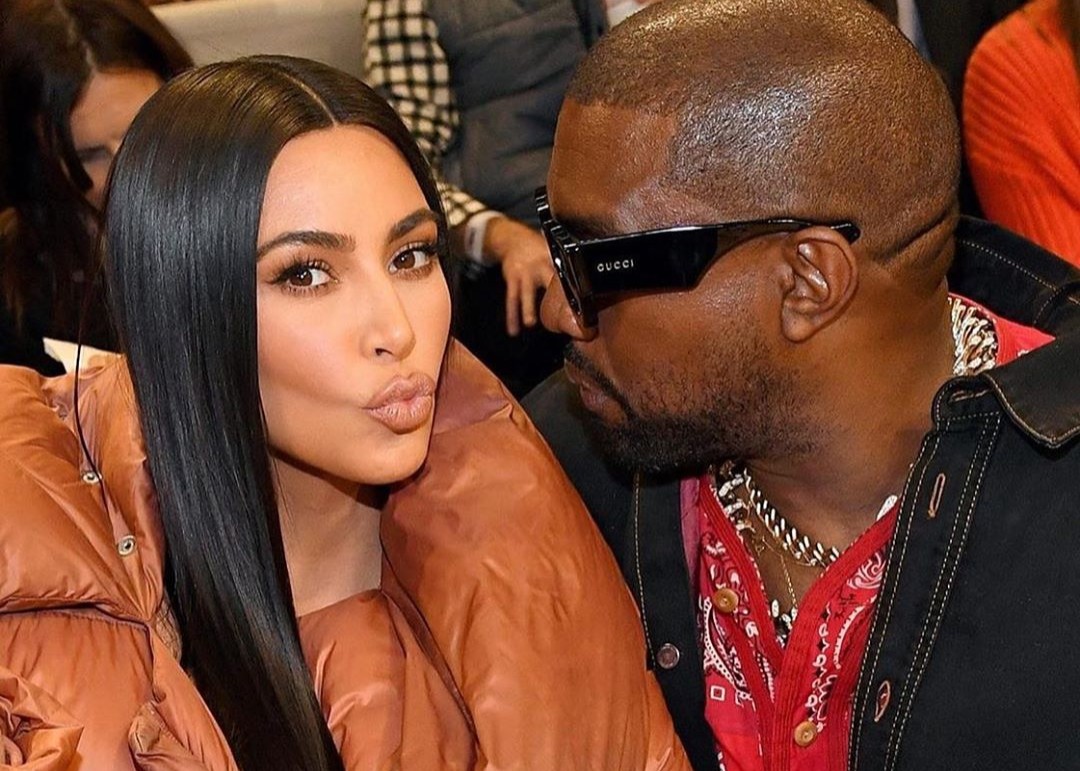 Kim Kardashian set another fashion trend when on Sunday night, she wore an oversized puffer jacket by Rick Owens to the NBA All-Star game in Chicago. Fans were thrilled to see the high-profile couple attend the event after Kanye’s Sunday Service which Kim also attended. Though there have been plenty of rumors surrounding Kim’s and Kanye’s marriage and many who say the couple is headed for a divorce, Kim and Kanye seem to discredit those rumors at every turn. Kim and Kanye were seated courtside when the Jumbotron zoomed in on the lovebirds who smiled and showed a bit of PDA for the cameras.

Kim looked amazing as she wore her hair, long and straight. She wore a burnt-orange to rust-colored outfit but for many people, the most striking aspect of her outfit was the oversized puffer coat. Kim matched her makeup to the ensemble and wore complementary hues for her cheeks and eyes.

Kim was definitely dressed warmly for the Chicago weather and Kim and Kanye made quite an entrance as they arrived at the game.

You may see a video of Kim’s and Kanye’s entrance in the video player below.

You may see additional photos of Kim Kardashian and Kanye West as they sat courtside below. Rapper J. Cole was seated next to Kanye and he wasn’t the only A-List celebrity who had seats courtside. Other celebrities who attended the game include Cardi B and Spike Lee.

It’s unclear where Kim’s and Kanye’s four young children were while the parents were having some alone time enjoying the game. The couple certainly enjoyed spending their date night at the game and it was clear that they are still very much in love.

Kanye West looked at Kim with a look of love on his face as she puckered up her lips to give Kanye a kiss while the Jumbotron zoomed in on the pair. You may see Kim as she kissed Kanye West on his cheek below.

A post shared by Kylie Jenner X Kim Kardashian (@kyliejennerxkimkardashian) on Feb 17, 2020 at 7:55am PST

Here is a video that shows how the kiss took place live and on the NBA All-Star Game’s Jumbotron.

What do you think about Kim Kardashian’s Rick Owens’ coat?

Do you like the fashionable look that Kim Kardashian wore?

He’s the biggest sellout. I wonder what his mom would think.