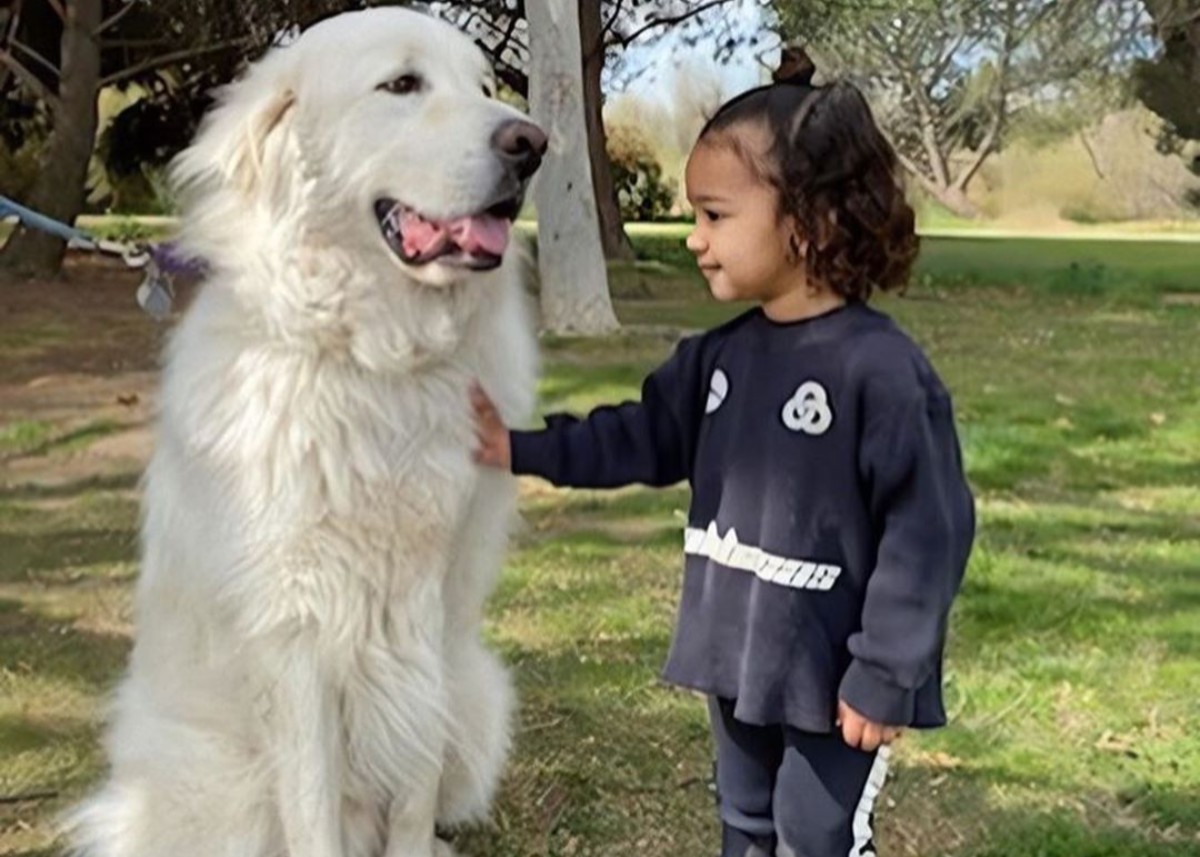 Kim Kardashian continues to share photos and videos of her adorable two-year-old daughter Chicago “Chi-Chi” West. On Wednesday, Kim posted a series of photos that showed Chicago at the park where she found a huge, white dog to play with. Fearless, Chicago went up to the dog, hugged, pat, and kissed him. Fortunately, the dog seemed to have a great temperament and didn’t mind the affection. Though the dog towered over the little two-year-old, the dog didn’t pose a threat and seemed to enjoy the attention Chicago lavished on the creature.

Kim shared the photos after uploading a picture of North West being dropped off at school. Chicago has quickly become a bit of an Internet superstar and Kim’s 161.2 million Instagram followers love seeing photos and videos of the toddler.

Kim posted the following caption along with three photos that featured Chicago with the dog, surrounded by trees at the park.

You may see the photos that Kim Kardashian shared below.

Chicago looked like a doll with her hair parted at the crown and styled in a top knot. She wore a navy blue matching top and pants from The Kid Supply that featured “Calabassas” across the thermal shirt and along the pants. The outfit is no longer available at this time.

The little girl has been winning hearts worldwide with her sweet personality and cuteness. Chicago was videotaped singing several songs to Jesus and expressing her love for God and those videos have gone viral. It’s clear that Kanye West’s Christian upbringing is having an impact on the children as they regularly participate in his Sunday Services and are very involved in what Kim and Kanye do.

You may see a video featuring Chicago West singing songs to Jesus below.

What do you think about the latest photos that Kim Kardashian shared on social media? Were you surprised to see Chicago being so friendly with such a large dog?

Would you be worried about a toddler playing with a dog that size? 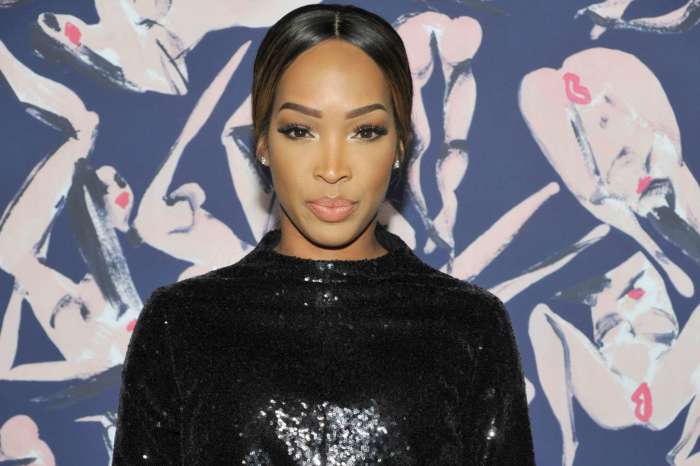