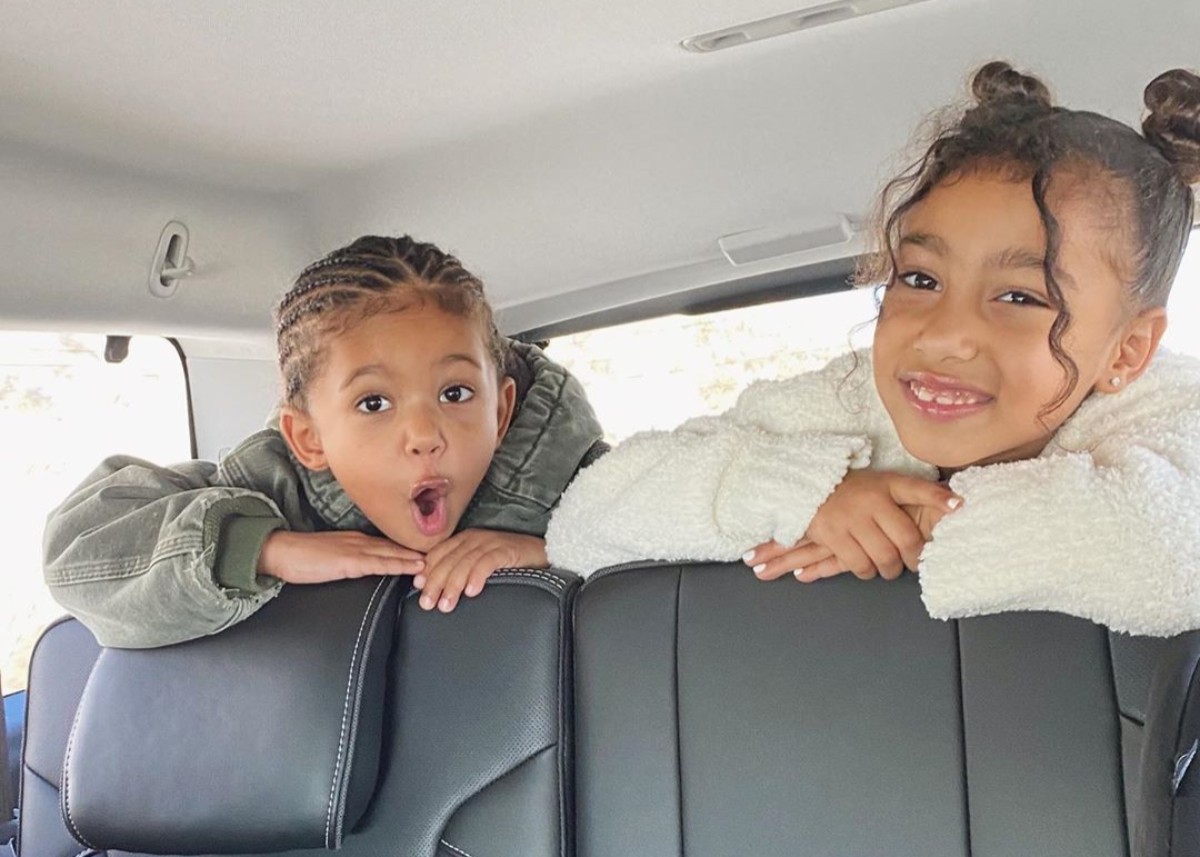 Sibling rivalry is no joke and Kim Kardashian is sharing her happiness now that Saint and North West are finally getting along. As the mother of four children, Kim Kardashian frequently shares photos and videos of her children and for the most part, the children always appear as if they are getting along well. However; Kim’s and Kanye’s children are rather close in age as North West is six-years-old, Saint West is four-years-old, Chicago “Chi Chi” West is two-years-old, and Psalm West is eight-months-old. There is no doubt that Kim Kardashian has her hands full with her children and fortunately, she has plenty of help.

Still, Kim felt it was important enough to point out in new photos that she shared on her official Instagram account, where she has 158.5 million followers that the children are now getting along.

Kim shared a photo slideshow featuring three pictures of North and Saint as the two siblings laugh and smile while playing in the back of a vehicle. North West is gaining a reputation at only six-years-0ld for being a fashionista like her mother. Saint is known for his vivacious personality, love for the camera, and beautiful smile.

Kim captioned the photos with this simple statement.

“They get along now.”

The pictures have gone viral and have more than 2 million likes. You may see the photos of Saint and North West as shared by Kim Kardashian West in the slideshow player below.

They get along now

In addition to the photos of Saint and North West, Kim recently shared two videos of Chicago singing her favorite song. Kanye West has undergone a radical, spiritual transformation and his new Gospel album Jesus Is King is getting rave reviews.

Chicago is clearly taking after her father as her favorite song is a love song to Jesus where Chicago repeatedly sings the words: “Jesus I Love You.”

You may watch Chicago West singing her praise to Jesus in the video player below.

What do you think about Kim Kardashian’s latest photos and videos featuring her children?

Were you surprised to see Chicago West singing love songs to Jesus? Are you happy that Saint and North are finally getting along?

Pete Davidson - Here's How He Reportedly Reacted To Ariana Grande Shading Him At The Grammys!