Keeping Up With the Kardashians star Kim Kardashian recently appeared in the Vogue web series Life In Looks to review 21 of her most iconic looks from the past 15 years. And, the mom of four revealed what the worst look of her life was and explained why she cried all the way home from the 2013 Met Gala.

Kardashian started with early looks in the mid-2000s before she was a reality TV star and went all the way through this year’s iconic wet look at the Met Gala. She originally called her red Foley dress that she wore to the Season 1 premiere party for Keeping Up With the Kardashians the worst look of her life, and she revealed that she borrowed the dress from the family's now-closed clothing boutique Dash before returning it and re-tagging it.

“Obviously, it's cringeworthy but, like, I still respect it and laugh and think, ‘Oh my god, that was so cute. I was so clueless,’” said Kardashian. “This was probably one of my worst looks of life.”

But then she turned the page, and realized that she wore something even worse.

The 39-year-old said that her most cringeworthy look of all time was from a 2006 Us Weekly party when she wore a gray white-collared sweater dress with a large Fendi belt and boots. Kardashian explained that she was excited at the time because she was able to afford the Fendi accessories, and all she wanted was for someone to take her picture. 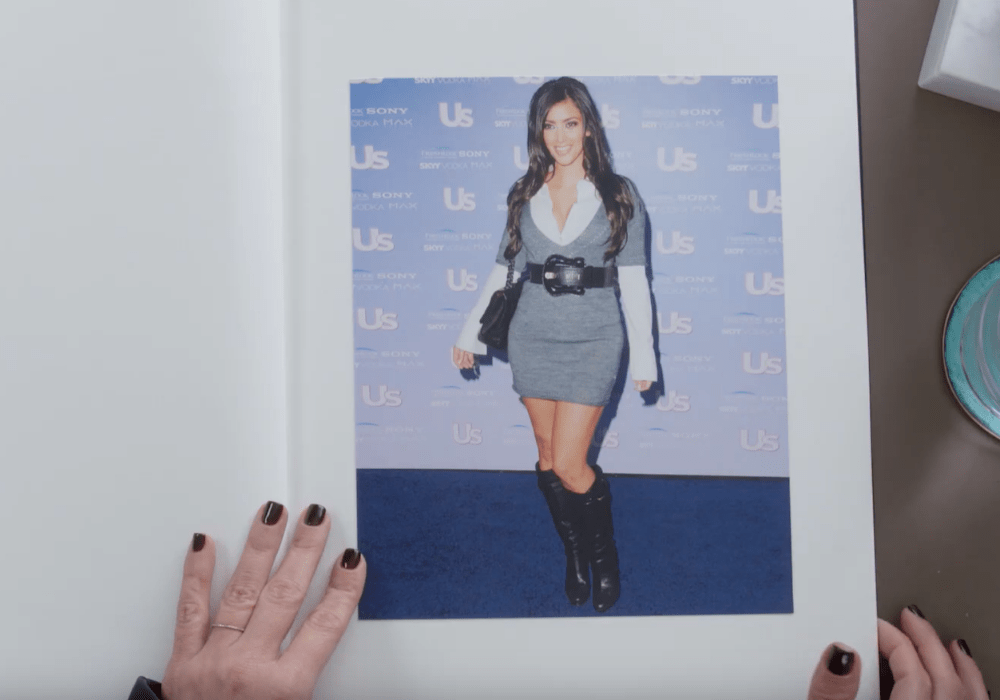 “Anytime I could go to an event, I would,” admitted Kardashian. “Because I just wanted my picture taken. That's all that mattered to me.”

Later, Kardashian came across her Givenchy floral maternity gown that she wore to the Met Gala in 2013 when she was “very pregnant” with her daughter North. She explained that she wanted a stretchy fabric that would easily be altered to fit her growing belly, and they had the dress both in black and the floral print.

Kardashian wanted to wear the black, but her stylist encouraged her to wear the floral. However, after she was photographed in the dress, social media went crazy with memes comparing her to a floral couch.

“I was crying, like, the whole way home because I just couldn’t believe it. There were all these memes about me and this couch,” said Kardashian. “I think Robin Williams even tweeted it, said I looked like Mrs. Doubtfire. It was like this whole thing, so I just cried.”

Now, Kim Kardashian believes the look is “sick” and way ahead of its time. She says the Oleson twins came up to her that night and told her they loved her dress, so none of the critics mattered because the Oleson twins approved.

New episodes of Keeping Up With the Kardashians will return to E! on Sunday, December 1st.

Kanye West Was Reportedly Unfaithful To Kim Kardashian During Their Marriage