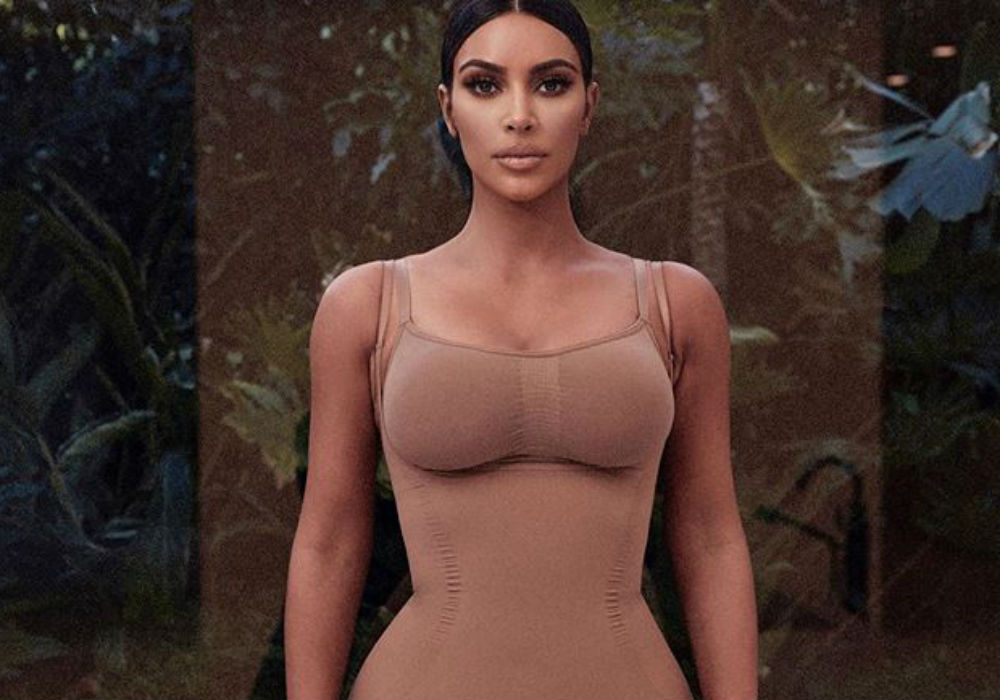 Keeping Up With the Kardashians star Kim Kardashian is a wife and mom of four, a successful business woman, a reality star, a law student, and a passionate political activist. But, the 39-year-old also has a fantastic sense of humor, and it was on full display this week when the business mogul released hilarious new clips promoting her SKIMS restock that looked like a 90s infomercial. The video clips featured her mom Kris Jenner, as well as Real Housewives of Beverly Hills stars Lisa Rinna and Kyle Richards, singing the praises of SKIMS, and they will absolutely make your day.

Kardashian’s SKIMS shapewear line has been so successful since its September launch that most items are completely sold out and have a waiting list ahead of the full brand restock, which is scheduled for Wednesday, November 20th.

In addition to the restock, Kardashian is also releasing new styles in the SKIMS line. And, to promote the new products, the KUWK star has released a 90s-inspired infomercial complete with everything from a working toll-free number (1-716-SKIMSTV), a laugh track, and product demonstrations from a model named Chanel.

“The following is a paid advertisement brought to you by SKIMS Solutionwear. Act fast, join the waitlist at SKIMS.COM to be the first to shop the restock on November 20 at 9am PST / 12pm EST #showyourskims,” wrote Jenner in the caption of a video clip she posted on Instagram.

On Kardashian’s page, she thanked Rinna and Richards for making her “90s infomercial dreams come true.”

I know it feels like we’ve been out of stock for a long time but I am so excited to announce that we are finally restocking our original @skims Solutionwear™ on Wednesday, November 20th at 9am PST / 12pm EST! After the name change, we wanted to make sure we didn’t waste any of the original product, so we tried and tested hundreds of different approaches to remove the old branding to ensure we saved it all. These are the original pieces we’re bringing back on November 20th, which will feature a super soft fabric SKIMS label! We’ll also be introducing 4 new Solutionwear™ styles based on your comments and requests since we launched that I can’t wait to show you. Be sure to join the waitlist at SKIMS.COM to be the first to shop when the collection drops!

Jenner plays the host of the infomercial, and Rinna and Richards are the celebrity guests there to endorse the brand. Featuring bestsellers like the Sculpting Bodysuit, Sculpting Bra, Sculpting High Waist Brief, and the Solution Short, Richards raves about how the products feel and Rinna loves that the products aren’t too tight, like other shapewear.

One week after launching boob tape and pasties, Kim Kardashian absolutely slays with her marketing strategy for her restock.

New episodes of Keeping Up With the Kardashians air Sunday nights on E!. And, new episodes of Real Housewives of Beverly Hills – featuring Kyle Richards and Lisa Rinna – will return to Bravo in 2020. 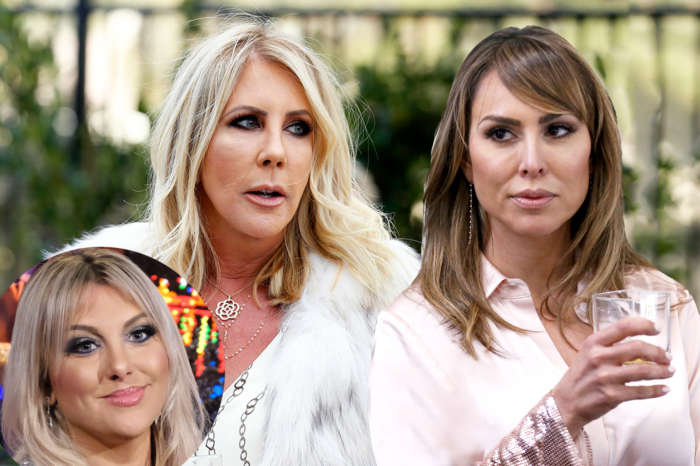 Gina Kirschenheiter Says Vicki Gunvalson And Kelly Dodd Are At War Because They're Too Similar - They're 'The Same Exact Person!'