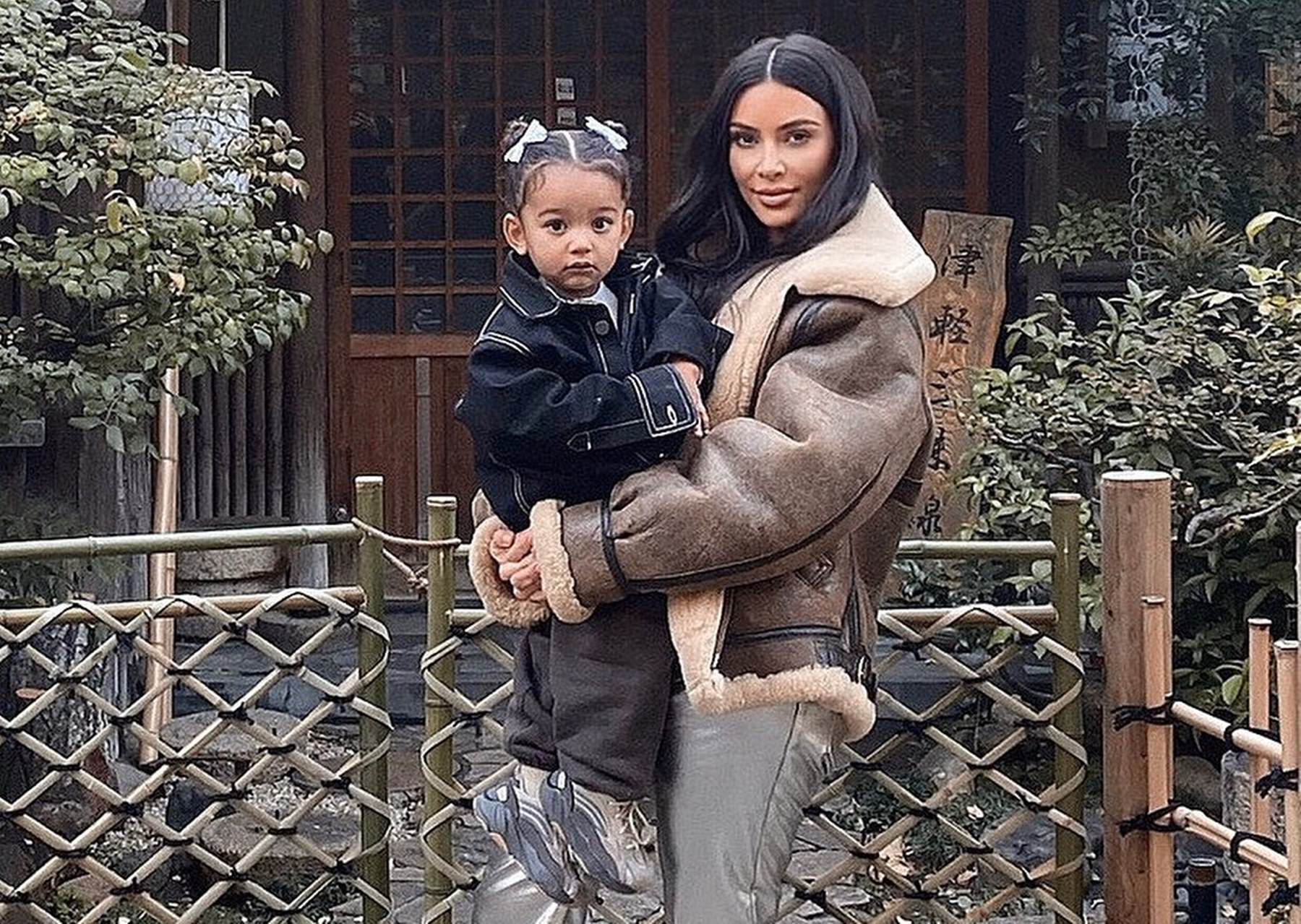 The mom-shamers are never very far lurking on social media to take on celebrities like Kim Kardashian and her sisters even when they post innocent videos of their babies.

Believe it or not, Kanye West’s wife is being dragged after she shared a series of sweet videos of her one-year-old daughter, Chicago, and her niece, True Thompson, who is the only child of Khloe Kardashian.

The clips look innocent enough — they feature the cutie pies having fun at Target with their nannies, getting a fun ride in a shopping cart and eating delicious food.

While many fans gushed over the adorable clips, a few critics blasted Kim for letting the nannies take the little girls out of the house.

Others attacked the TV reality star because they fear for the children, True and Chi’s safety, and a few said the wagons were germs magnets.

One fan told the mother of four: “The fact that probably a nanny filmed this and Kim’s just posting it 😂😂😂.”

My sweet Stormi and Psalm

A backer of Kim’s explained: “Well, her nanny is tight. That girl is counting and eating with that fork. Very poised. I need her number 🤣🤣 the sad thing is, if Kim was with them, they could never experience this because every person at the store would be in her face for photos, etc… So the only time they probably get to be normal kids is when they are with the nanny because no one would even take notice of them. They are super cute videos. ♥️♥️.”

This follower hit back: “What is wrong with her posting her daughter and Neice. Healthy happiness… I dig it! Blessings over their children. And ALL children. Ps. That plate of food looks like an after-church fellowship hall plate! I understand their hype! 👊🏾👑🙌🏾”

A critic stated this about the unsanitary shopping cart: “Was gonna say- the kids have to enjoy those simple things w a nanny since their moms are so famous! Yep, Kim would’ve probably closed the whole damn store! 😂Oh hell, Nah, I gotta log off. I got a one-year-old, and this giving me baby fever 😩😍😍😍. You can say all you want about the Kardashians, but you can’t deny they make the cutest children🥺.”

A fifth comment read: “Dangerous if this is the nanny and target 🤦‍♀️dangerous.those wagons are so disgusting. my lil one is almost four, and I still use a cart cover..but yes, I wondered about the security thing too..I’m sure the Nanny had someone with her, but still.”

Kim can never win with some.