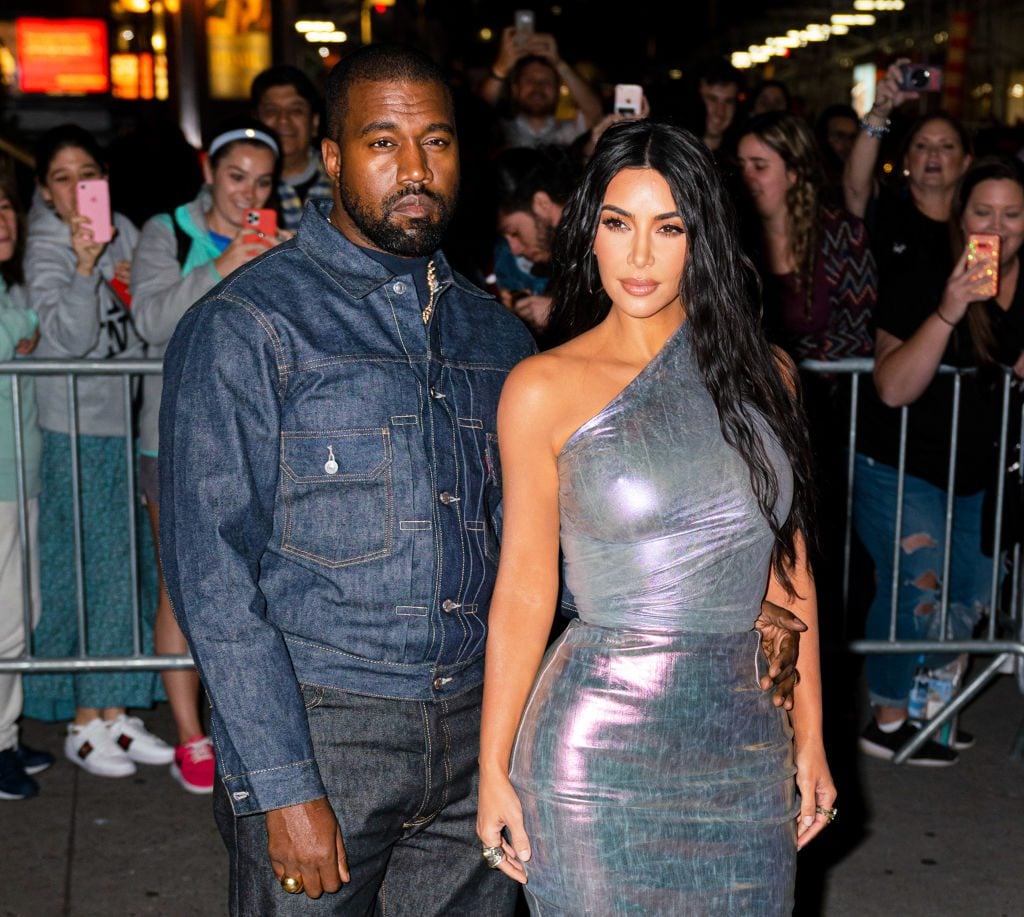 Kim Kardashian flaunted a gorgeous gift that Kanye West, her loving hubby gave her. Fans are here for his gesture, and some people say that Kim is a really lucky lady compared to some unfortunate other people who cannot even get a text back. This was a joke made by The Shade Room.

‘If you look closely at my necklace, you can see it’s from a text Kanye sent me. He took an amazing vintage a Cartier gold plaque necklace and had it sketched out. He’s always the most thoughtful when it comes to gifts ✨’ Kim captioned her post.

If you look closely at my necklace, you can see it’s from a text Kanye sent me. He took an amazing vintage a Cartier gold plaque necklace and had it sketched out. He’s always the most thoughtful when it comes to gifts ✨

A lot of people praised the gift and Kanye’s inspiration, but there were also haters in the comments who said that she is only bragging now.

A follower said: ‘White women bring the best out in black men,’ and someone else posted this: ‘Kanye need to teach these men. Anyways he’s amazing with these things.’

One other follower said: ‘Psh, the creativity can’t be denied.. I’ll give him that much.’

A hater told Kim, ‘Girl nobody can see that. I zoomed in and still don’t see it. You look cute tho,’ but one fan hopped in the comments to defend the KUWK star and said: ‘Y’all can hate all y’all want but I love them!’

Kim was recently in the spotlight in relation to the fires from Australia.

As a matter of fact, the whole Kardashian clan was recently accused of talking all day long about climate change and wildfires but donating zero peenies for the causes.

You probably heard by now that Australia has been hit by tragedy these days, and they had to fight terrible apocalyptic wildfires.

Lots of celebrities donated to help and the Kardashians were slammed for not disclosing how much money they donated.

This triggered backlash from some people who said that they probably did not send a dime and that’s why they are keeping it all a secret.

Selena Gomez And Hailey Baldwin Seen At The Same Restaurant And Social Media Explodes - Check Out Selena's Response To The Trolls!