Kim Kardashian recently shared her annual Christmas card featuring her husband Kanye West and four children, North, Saint, Chicago, and Psalm. Though the card was meant to be Kim's way of sharing the Christmas spirit with her fans and the world, things took a twist when people began critiquing her picture and tearing it apart. Now, people are saying that the lighting on Kim's and Kanye's oldest child, North, is different than the lighting on the rest of the card and they are accusing Kim of photoshopping North in the picture.

No one has given any reason as to why Kim and Kanye would need to photoshop North in and where she would have been otherwise.  The photo features Kanye West with Chicago on his lap, Kim Kardashian with Psalm on her lap, Saint on the lowest stair, and North sitting a little bit off to the side from everyone else. It may be that because she isn't closer to Kim that people suspect she was photoshopped into the picture.

You may see the photo as Kim Kardashian shared it on Instagram with her 154 million followers below. 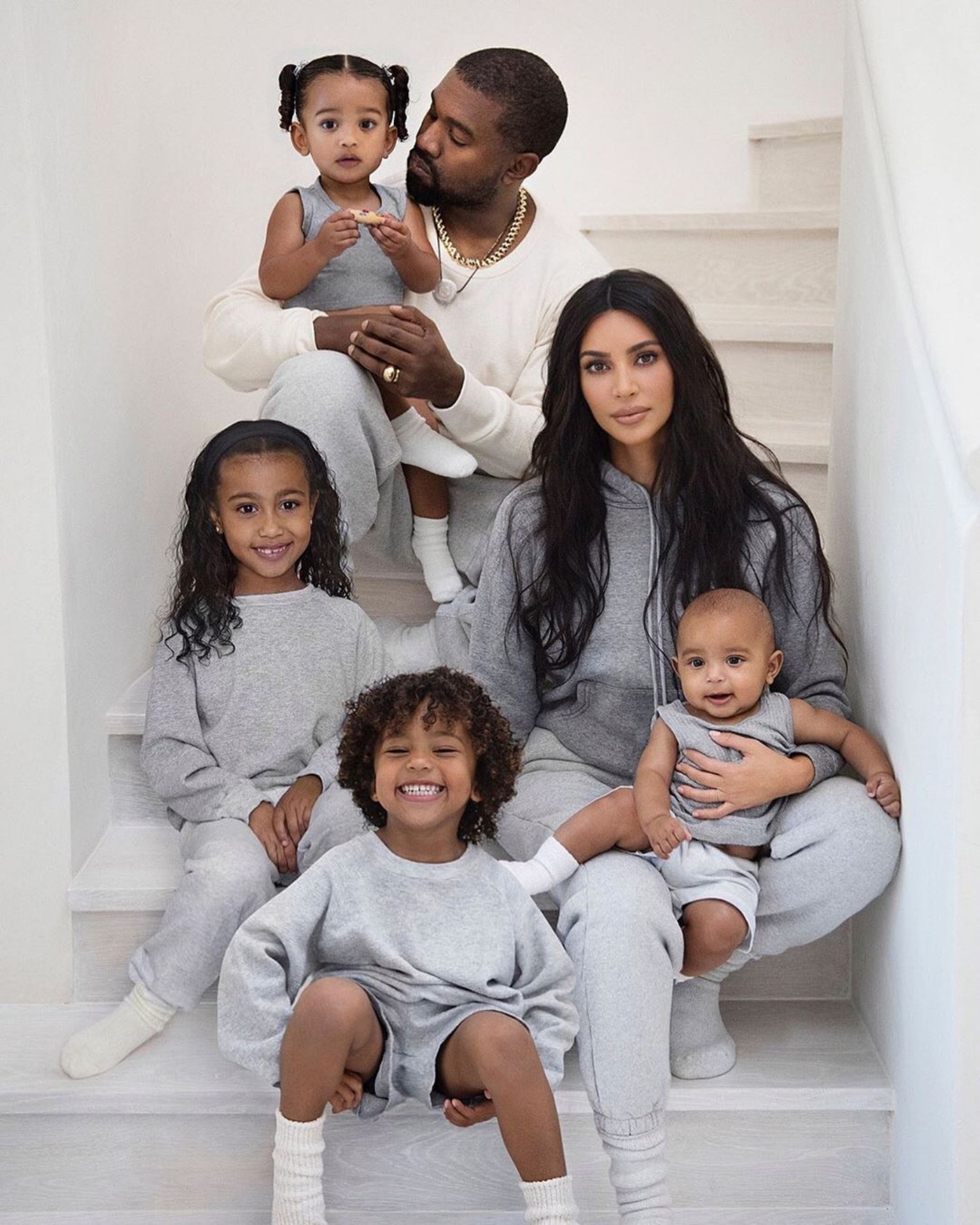 This isn't the first time that Kim Kardashian has been accused of photoshopping and she recently admitted to photoshopping a child into a family portrait.

Would Kim Kardashian be open about photoshopping Chicago in a Halloween photo, yet cover it up if she photoshopped North in a Christmas picture?

In addition to the photoshop accusations, the public seems to have a mixed response to the West's laid back attire they chose to wear for their Christmas card.

No one opted to wear anything festive such as cheerful reds, greens, or even black, silver or gold. Everyone wore light gray sweats with white socks with only Kanye wearing a white shirt.

What do you think of the Kardashian-West 2019 Christmas card? Do you think North West was photoshopped in the picture?

After A Significant Drop In His Net Worth, Kanye West's Fans Created A GoFundMe To Turn Him Back Into A Billionaire

Scarlett Johansson Packs On The PDA With Fiance Colin Jost While Hosting Saturday Night Live, Calls Him The Love Of Her Life