Kim Kardashian is being accused of photoshopping one of her latest photos and people are sounding off. The 40-year-old mother of four is very particular about her photos and has revealed in the past that she always strives to make certain her pictures are perfect. Though she hasn't admitted to photoshopping her pictures, there have been several times the allegations against the beauty mogul went viral. One time, Kim was slammed for a photoshop fail when she wore snakeskin hair, but a hand with fingernails was detected in her tresses.

Now, the allegations are happening again. This time, it took place while Kim was vacationing in a secret, tropical location for her birthday. Kim turned 40-years-old on October 21, 2020, and she whisked away her close friends and family members to a private island for a celebration. No one is dishing on where they were, but Kim and her sisters are sharing plenty of photos and videos that make it appear they were somewhere in the Caribbean.

Kim shared a photo of herself with her sisters Khloe Kardashian and Kourtney Kardashian posing on the beach in their bikinis. The sisters stood practically arm in arm, but upon closer look, it seemed half of Kim's arms was missing!

Kourtney and Khloe stood on the end with Kim Kardashian in the middle. Kourtney had one arm raised by her hair while her other arm was dropped to her side as she held a drink.

Kim had one arm on Kourtney's shoulder and Khloe Kardashian placed one arm to her side. With the other, she held onto the back of Kim's waist. Kim appeared to have her arm behind Khloe's back, but if you look closely, there is an empty gap under Khloe's elbow, where you would expect to see Kim's arm.

You may see the photo that Kim Kardashian shared with her 190 million Instagram followers below.

Here is the close-up of Kim's missing arm behind Khloe's arm. 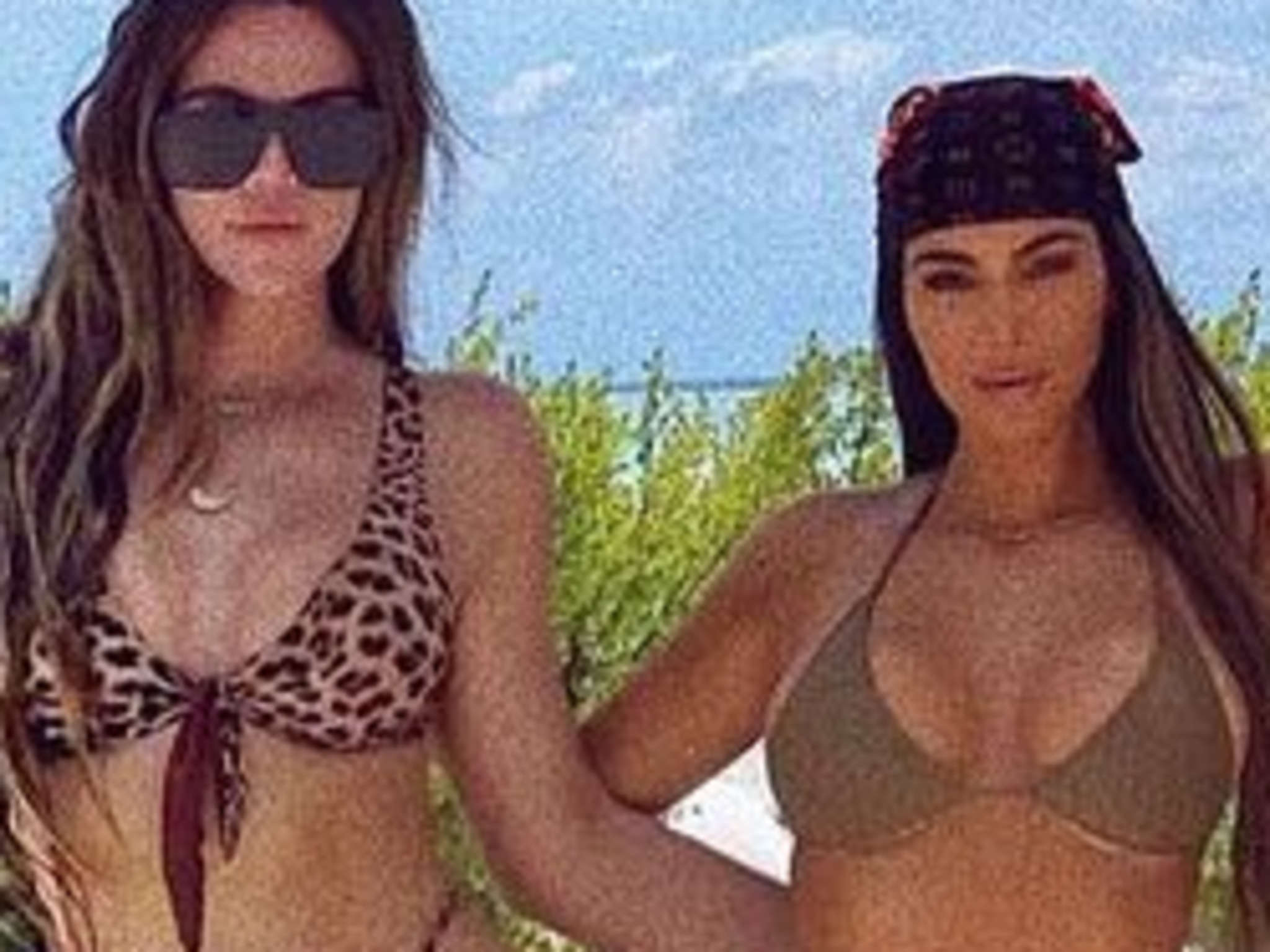 What do you think? Is this another Photoshop fail?