Unfortunately, Kim Cattrall’s brother was found dead just a few hours after the Sex and the City actress announced he had gone missing! Christopher’s passing is completely unexpected – he was just 55 years old.

Not too long after news revealed her beloved sibling was missing, Kim took to social media again to announce the tragedy.

‘It is with great sadness that myself and my family announce the unexpected passing of our son and brother, Chris Cattrall,’ Kim tweeted.

Chris, who lives in Lacombe, Alberta, Canada had reportedly not been seen since January 30.

‘At this time we ask for privacy. We want to thank you all on social media for the outpouring of love and support in this trying time,’ the pained sister added.

While many fans who were aware of the family and the authorities’ efforts to find the missing man hoped for Chris to be found safe and sound, unfortunately, the whole things ended in tragedy.

We are yet to find out the cause of death.

As you may already know, not too long ago Kim asked her many followers to help her find the missing Christopher.

She posted a pic of her brother, captioning it: ‘This is my brother Christopher Cattrall or Chris as we call him. He’s been missing since Tuesday, January 30 from his home in Lacombe, Alberta Canada. His keys, cell phone and wallet left on the table and his front door unlocked. This is not like Chris. He’d never leave his unlocked home without those items nor his seven beloved dogs.’

It is with great sadness that myself and my family announce the unexpected passing of our son and brother, Chris Cattrall. At this time we ask for privacy. We want to thank you all on social media for your outpouring of love and support in this trying time. pic.twitter.com/n4dQAMrTvS

She went on to beg her fans for help: ‘He is a one of a kind brother. Help us bring him home safe. Please spread the world. Kim #centralalberta #blackfalds.’ 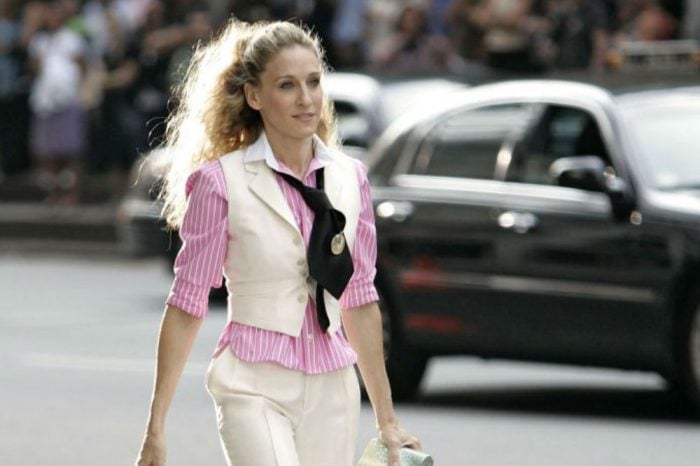 Gary Oldman's Former Wife Finally Tells All On Their 'Nightmare' Marriage - He Allegedly Beat Her Up With A Phone While She Was Holding Their Baby!