A baby is being trolled for her skin color. Khloe Kardashian is a very protective mother, and no one is surprised by the moves she is making to protect her only child, True Thompson, from the nasty racist comments from social media users.

Many showered the babies with love but a few angry commenters with too much time went after Tristan Thompson’s daughter.

They called the innocent child ugly and asked why she is so dark skinned? Fans of Khloe came out swinging asking that True be left alone.

Khloe has taken matters into her hands and has disabled the comments in all new post that feature True.

? You are my sunshine! My only sunshine ?

Another commenter reacted to the story by stating: “Beautiful black babies. Clearly, that baby in the middle is 75%, Black. As I said, it is a rumor that OJ is her father. That she is even half black. She did take a DNA test, but she only matched it against her mothers DNA to prove she wasn’t adopted. So you are right on that note. But nobody knows but Kris if she is mixed with black. Or if OJ is her father.”

A third follower revealed: “You are foolish. The innocent child you said that too how do you feel? I pity you..because of what you said God could deny you your own child..pray for forgiveness. True looks so adorable!!! When everyone said they weren’t having babies at the same time, I literally said why is everyone tripping we will find out in 10 months or less Nd here they all are just as beautiful as I imagined.”

This fan opted to praise the baby: “True is the most beautiful baby I’ve ever seen although they’re all gorgeous. These comments on here about these babies colors and comparing them because of complexion is beyond stupid and disgraceful. Why bring colorism into every damn thing! This is sickening. This is how kids learn racism..comparing their complexions? Y’all “adults can’t be serious, smfh.”

Some say Khloe should stop posting pictures of her baby to protect her. 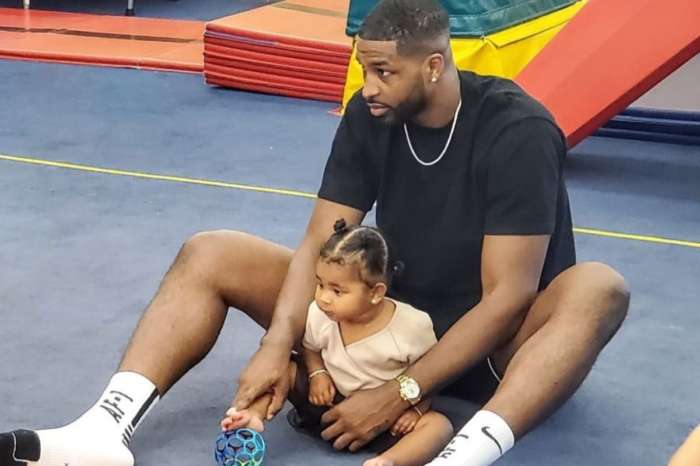 Genes are so interesting. I’m chocolate and had a “Puerto Rican” looking baby by a light, fair skinned black man. Khloe is white and has a mixed baby that is more tan, browner than a non- mixed baby. I also knew two brown skin parents that had a light skinned baby. So genes are amazing & impossible to figure out.