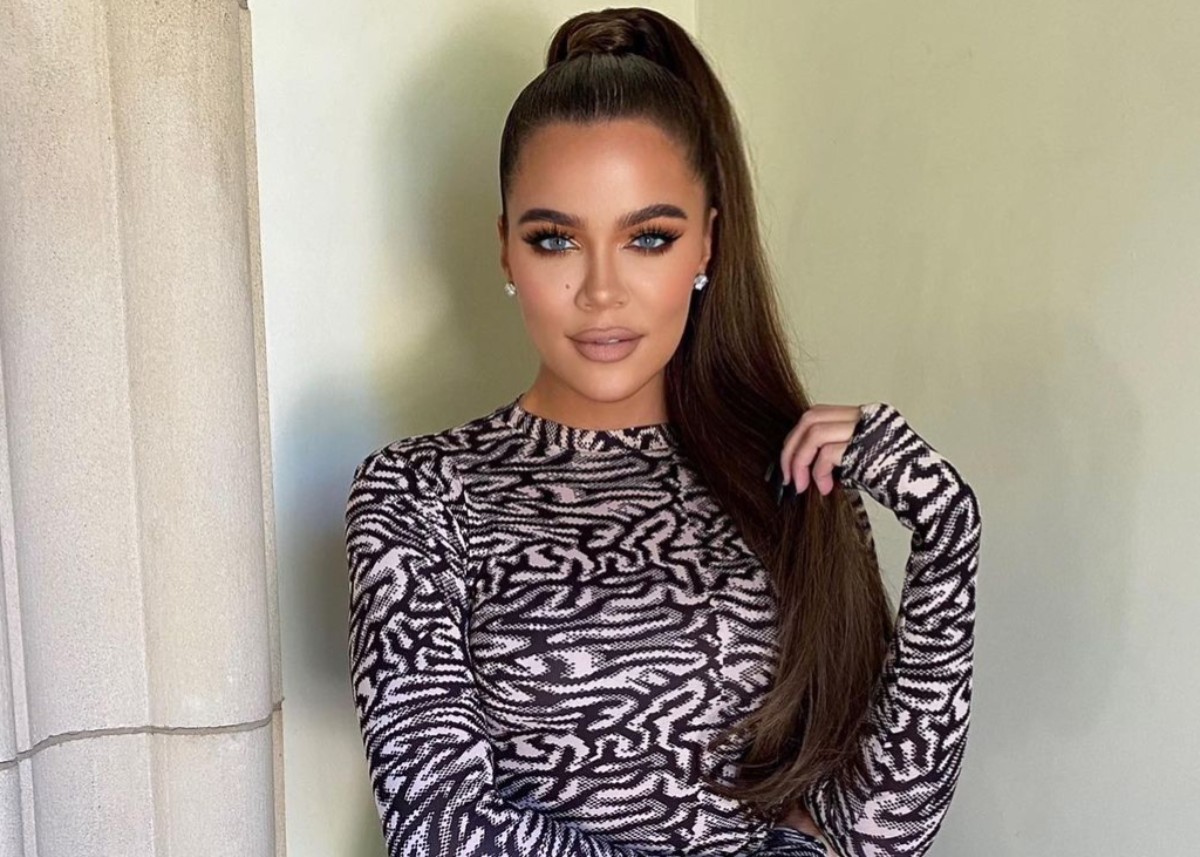 Khloe Kardashian knows how to handle haters and she’s making it clear that she doesn’t have time for drama. In photos that she shared with her 122.3 million Instagram followers, Khloe Kardashian showed off a Maisie Wilen outfit that she was wearing. Khloe looked gorgeous in the outfit and her slideshow is getting tons of views. The slideshow Khloe shared has over 1.4 million likes and more than 10,000 comments.

Khloe wore the Maisie Wilen Graphic Print Slim Fit Top and paired it with the Pixelated Print High-Waisted Leggings. The outfit features a black and white, zebra-type print all over the attire. It appeared as if Khloe was wearing a jumpsuit rather than a top with leggings. The outfit hugged Khloe’s curves as she posed for a series of photos and shared three videos. The Maisie Wilen outfit quickly sold out after Khloe’s photos and videos went viral.

Celebrity hairstylist Andrew Fitzsimons did Khloe’s hair that was a super long ponytail in Khloe’s brunette color. Khloe has been changing her hair up lately and after spending several years as a blonde, recently went back to being a brunette. Khloe’s fans loved the ponytail on the 36-year-old mother of one.

For footwear, Khloe opted for a pair of Christian Louboutin shoes. She wore the So Kate Pointed-Toe Pumps in the color nude. The footwear retails for approximately $700.

Khloe looked magnificent with her hair slicked back and then culminating in a high ponytail. Ash K. Holm did Khloe’s face and her makeup was beautiful. Her eyes were framed under heavy eyeliner and her eyebrows were perfectly arched. Khloe wore a pair of diamond stud earrings from Harry Kotar. They are called the J-6023 Earrings.

What do you think about Khloe Kardashian’s Maisie Wilen outfit?