Khloe Kardashian made a public appearance amid swirling pregnancy rumors. She cheered on her boyfriend in his NBA season opener in Cleveland.

Khloe is always there to support her man Tristan Thompson so of course, she was there to cheer him on as his 2017/2018 NBA season got underway in Cleveland.

The Cavaliers took on their huge rivals Boston Celtics on October 17, and she couldn’t wait to watch her man in action.

Khloe still hasn’t addressed the reports that she is expecting their first child together and in the Snapchat photo that she shared from the game, she didn’t show herself.

Instead, we got to see her black Fendi purse that she had set on a railing, while several rows of fans and the basketball court could be seen behind it.

Quicken Loans Arena can hold more than 20,000 people, so someone in that sold out place should have taken a pic of Khloe.

We just can’t wait to see how she tried to cover up any hints of pregnancy, so hopefully, someone snapped a pic of what she was wearing.

While Khloe has been a lot more visible than her allegedly pregnant younger sister Kylie Jenner, she’s gone to great lengths to cover her midsection.

She appeared in the taping of her family’s Christmas special on October 16, but in a picture from the event, she was wearing a black blazer that hid any signs of a possible baby bump.

Even at her most recent public appearance on behalf of her Good American jeans label on October 7, she looked amazing, but she covered up her belly in a shiny black blazer. It showed off Khloe’s cleavage, but it was baggier with a loose gold belt around her waist to hide any sign that she’s expecting. 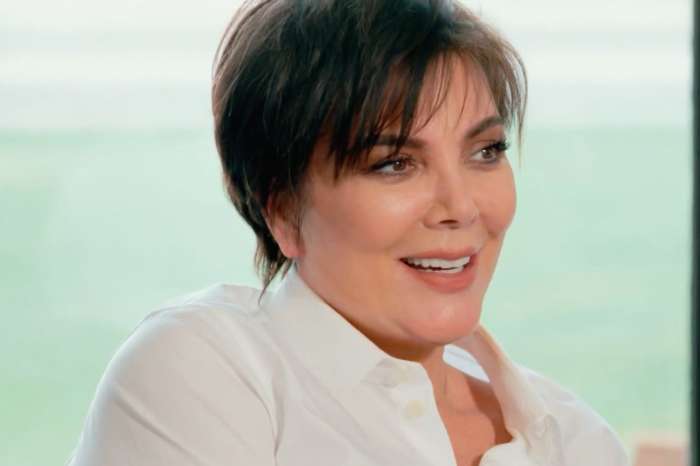