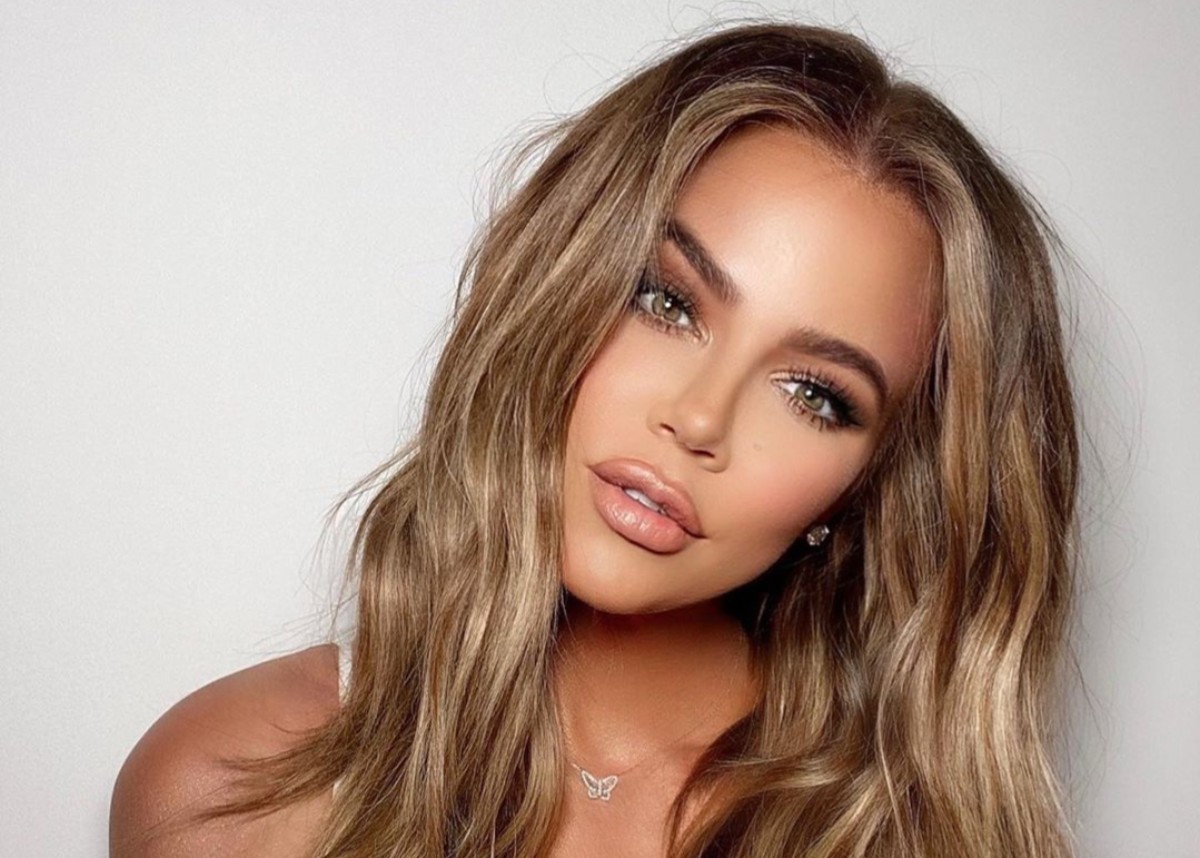 Khloe Kardashian is being slammed for a photoshop fail due to new photos she posted on Instagram with her 111.8 million followers. First, rumors erupted that Khloe Kardashian had recently gone under the knife and had plastic surgery, but due to the Coronavirus pandemic, that was highly unlikely. Elective, surgical procedures have been on hold in many locations across the nation, and Khloe has been spending her time holed up in her home with Tristan Thompson and their two-year-old daughter True Thompson.

While many people were accusing Khloe Kardashian of going under the knife, others suspected the dramatic look was the result of makeup. Khloe tagged hairstylist Andrew Fitzsimons, celebrity makeup artist Ash K. Holm and hair colorist Tracy Cunningham in the photo. Some people thought  Khloe snuck out of her house and broke social distancing rules to spend the day getting her hair and makeup done, but that isn’t the case either.

The photos are actually old. Tracy Cunningham confirmed this when she shared a video featuring the two photos that Khloe posted on her page.

Khloe has been a bleached blonde for quite a while now. The bronde look is from an older hair coloring session. Tracy Cunningham explained the hair coloring process.

It’s unclear how old the photos actually are, but in a previous post, Tracy revealed she had been in quarantine for 57 days and is anxious to get back to work.

And though Tracy Cunningham may have provided an explanation for Khloe’s change in hairstyle, it does nothing to satisfy those who have questions about Khloe’s changing face.

There is no question about it —Khloe Kardashian is unrecognizable in the photos that she shared.  It didn’t take long for people to examine Khloe’s photos and figure out what was going on.

Now, Khloe is being slammed for her photoshop fail.

If you look carefully in the photo below, you will see that half of Khloe’s chain on her necklace has been edited out of the photo. She may have a lot of bronzers on, but bronzer can’t make jewelry disappear!

What do you think about Khloe Kardashian’s photos? Do you agree that she looks unrecognizable? Do you agree with those who say her missing necklace is a sign of a huge photoshop fail?