Khloe Kardashian is helping her sister promote her new holiday makeup collection but she's being slammed as her lips appear enormous in photos that were shared to the page's Instagram story. Khloe has been accused of using plastic surgery and fillers to change her appearance, but some are offering other theories as to why Khloe's lips look the way they do in the photos. Many of those who think Khloe has permanently altered her lips aren't leaving the friendliest remarks and comments on social media regarding the 35-year-old mother of one's appearance.

Khloe is wearing a deep-red shade "Naughty List" from Kylie's holiday collection. Some believe that Khloe has used fillers, but others are saying to take a closer look at the photo. They say that when you truly look at the photo up close, you can see that this an optical illusion as Khloe's lips were drawn on above her natural lip line. Some say that she did this in order to create a viral stir and make the photo go viral — which it has.

You may see the photo of Khloe wearing Naughty List below.

What's interesting to note is that the Kardashian's are brilliant marketers. They not only create their own products, but they sell them as well. For years, the Kardashians and Jenners have relied on social media platforms for their business ventures. It's also common to see that the Kardashians' and Jenners' features may look a certain way online, yet when they are filmed at events they look slightly different.

Though people have accused Khloe Kardashian of using lip fillers and injections to make her lips bigger, she has adamantly denied the claims. It seems very likely that Khloe hasn't done anything to her lips and is simply using makeup to make them appear larger.

You may see a close-up photo of Khloe's lips where you may check her lip liner yourself. 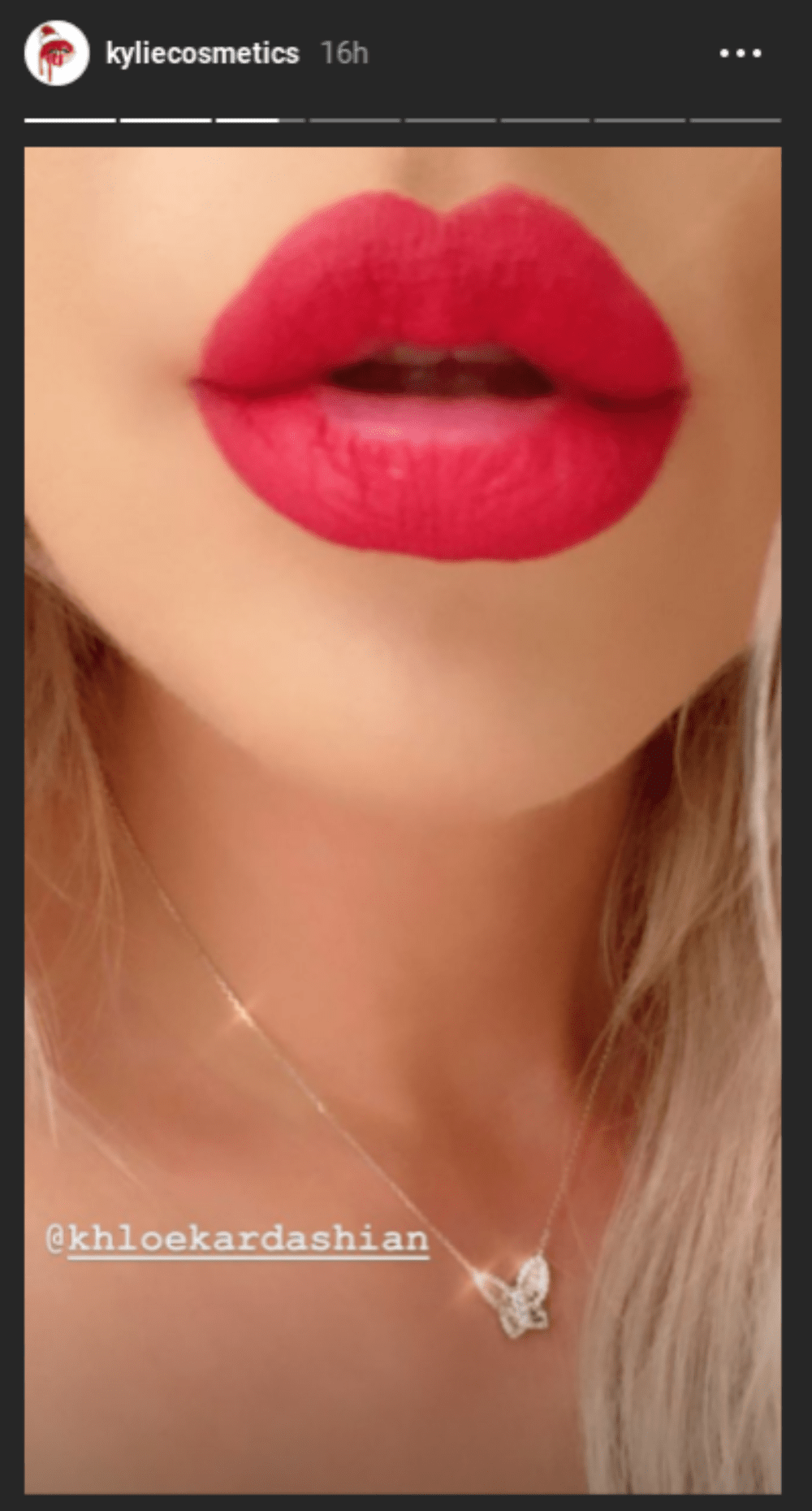 What do you think? Do you think Khloe Kardashian has permanently altered her lips?

Do you think she is using fillers and lip injections? Is Khloe Kardashian just making her lips appear larger by drawing her lip liner above her natural lips?

Kim Kardashian Announces A Collaboration Between Skims And Fendi