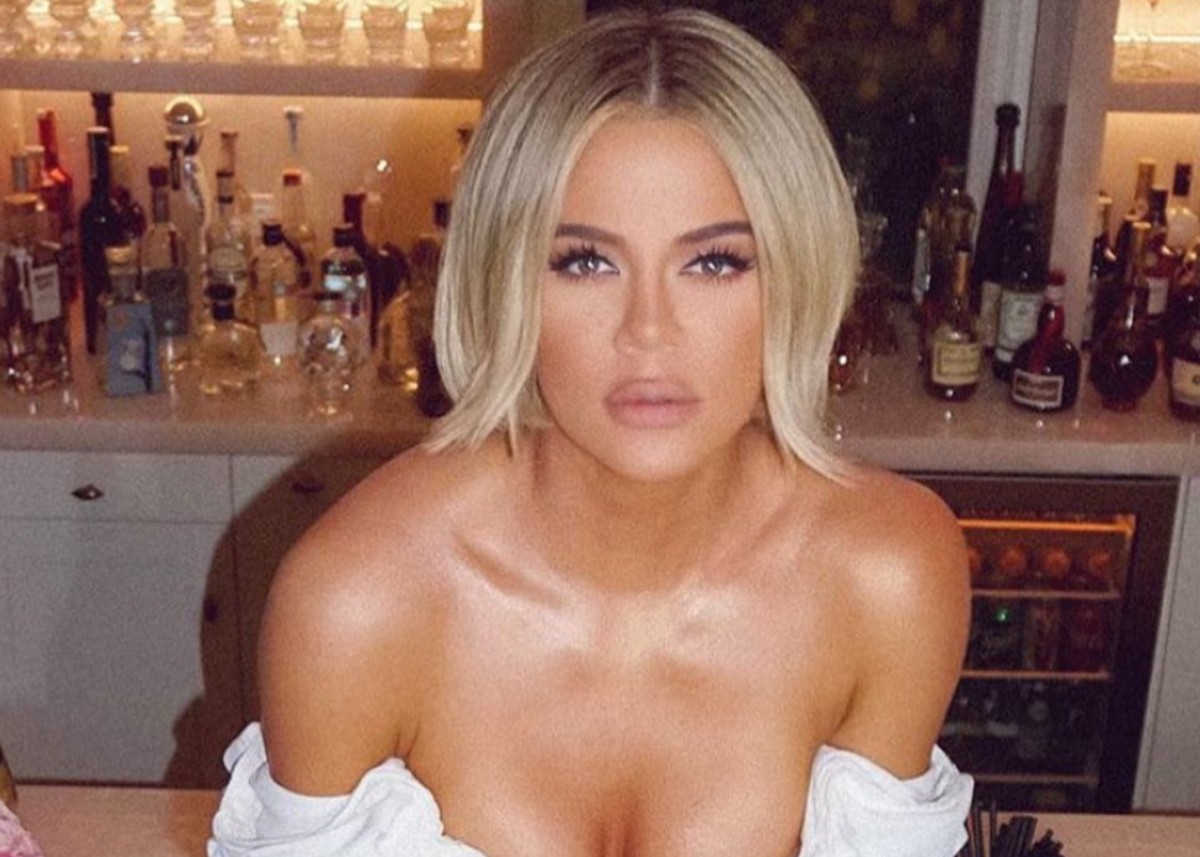 Khloe Kardashian is leaving fans speechless after photos of her attending Beyonce’s and Jay-Z’s Oscars’ after-party have hit the web. Wearing a gorgeous, white dress from Nicolas Jebran and featuring a short faux mini-bob (don’t worry, she did not cut her hair) fans are saying they have never seen the statuesque sister look more beautiful. Khloe exhibited a romantic vibe wearing the off-shoulder white gown and though she could have pulled off a number of different hairstyles for this look, it appears hairstylist César DeLeön Ramirêz was right on the mark when he suggested for Khloe to go shorter with the bob.

She had just recently displayed a longer, darker bob at Malika Haqq’s baby shower on Saturday!

César DeLeön Ramirêz spoke to E! News and explained he used hair extensions for creating the hairstyle and didn’t actually cut Khloe’s locks. Khloe’s hair has received plenty of attention since she debuted a brunette wig for the KKW Fragrance Diamonds campaign and fans freaked as they loved the look. Maybe the new shorter platinum bob will make those fans reconsider Khloe’s best hairstyle!

You may see a series of photos in a slideshow that Khloe Kardashian shared with her 104 million Instagram followers below.

Khloe paired the dress with nude, strappy heels and as the dress featured a high slit over her right leg, fans had asked if she wore her sister’s one-legged Skims. Khloe appears to have slimmed down a bit and has revealed a smaller frame. She’s also been sharing plenty of workout videos on her social media accounts and her hard efforts are clearly paying off!

Khloe’s Instagram account was flooded with praise by many who remarked that the hairstyle was perfect for her face shape. Many pointed out that a middle part and a short bob with longer front pieces that flip-up isn’t a hairstyle everyone can pull off, yet she did so glamorously and effortlessly.

What do you think about Khloe Kardashian’s white, off-the-shoulder Nicolas Jebran dress and her platinum, faux mini-bob? Are you a fan of Khloe’s look?