Khloe Kardashian went viral this week for sharing photos for a Good American campaign that many thought looked freakishly weird. The photos were for Good American shoes and Khloe posed for a series of shots where her hands, feet, and legs looked unnaturally disproportionate and long. The photos went viral on social media and users accused the 36-year-old mother of one of a photoshop fail. Khloe denied using photoshop on the pictures and said that the photographer used a lens with an elongate special effect.

Now, Khloe is sharing more photos for Good American only this time she is ditching the elongated lens and taking more normal pictures. If you missed the viral photos from Khloe's recent Good American campaign, you may see one picture below.

In the photo, you will notice the enormous size of Khloe's hands and feet. Though Khloe said she liked the pictures, the Internet wasn't kind. Some compared her to Gumby, Stretch Armstrong, and even Slender Man! 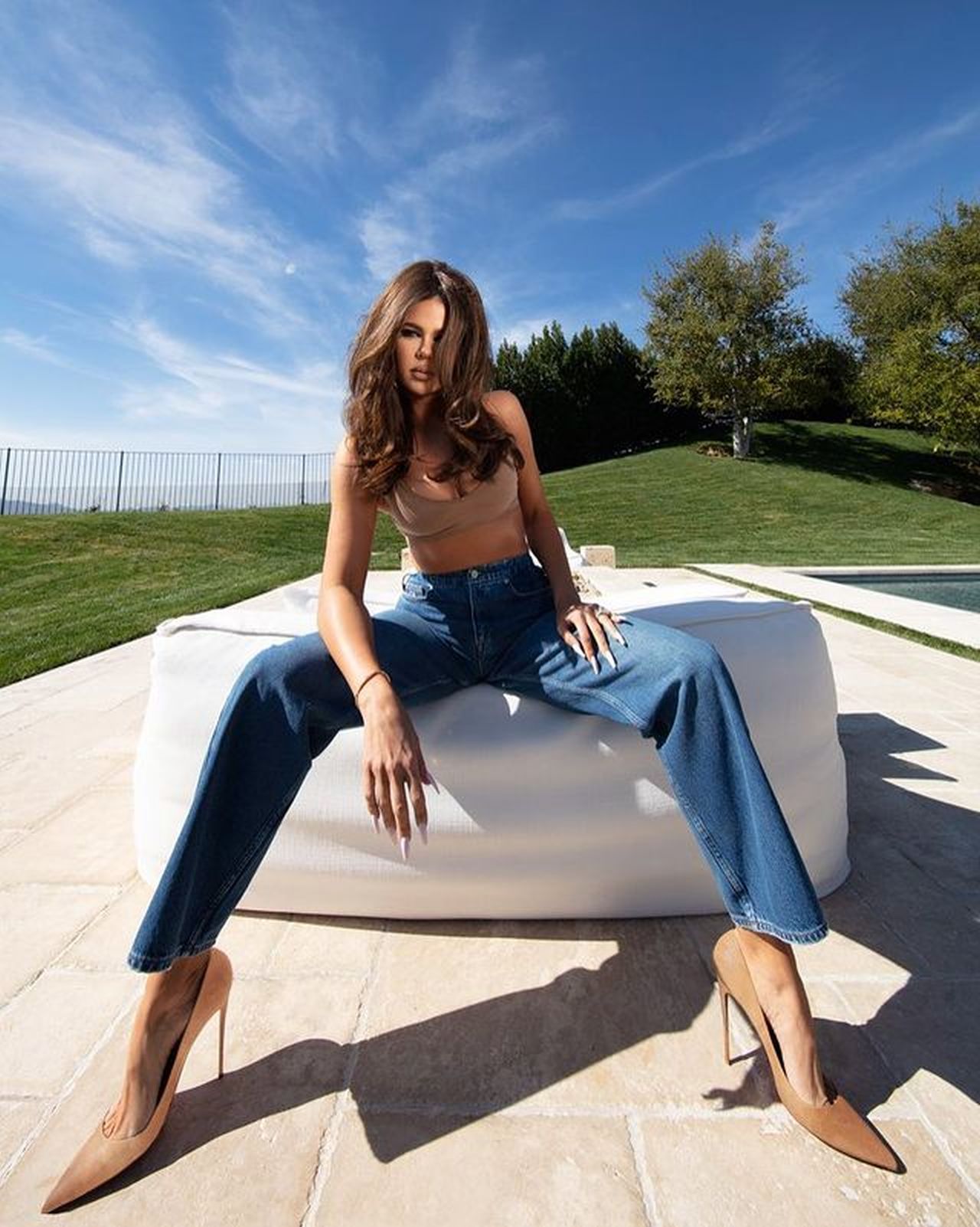 Khloe shared a number of photos and a video of herself wearing the garments while working out in her incredible home gym. Khloe continues to impress her fans with her dedication and commitment to health. She has lost weight and toned her figure since having her two-year-old daughter True Thompson and many people praise Khloe for getting her "revenge body."

You may see two photos of Khloe Kardashian wearing the Tie-Dye Seamless outfit below.

What do you think about Khloe Kardashian's Good American workout gear? Do you like the black and white Tie-Dye Seamless tank and leggings?

Britney Spears’ Father's Lawyer Reveals Video Of Them Hanging Out Last Year - Claims He 'Saved Her Life' And More!